Can words be truer?

Hers felt like a truer stab into a place I didn’t want to admit was there. There’s laughter, but more often toward them, it’s fussing, convincing, hurrying. All with a bit of a scowl. 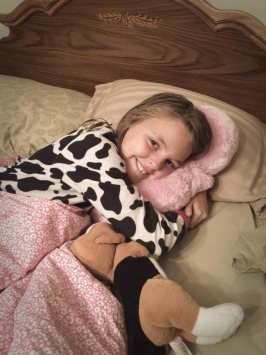 I’ve told myself, “It’s just because we have so much to do.”

Or because “I’m the one who makes sure everything is done.”

But more often than not their infectious laughter just sounds loud. Her accusation came because I didn’t laugh at her and her sister’s bathtub thumb war. It wasn’t funny to me. I just wanted them to take a bath. Get clean. Go to bed.

I’ve vowed to teach them everything I know while they’re with me. I don’t know if I’ve ever included laughter on the list. I’m not even sure when it slipped away. 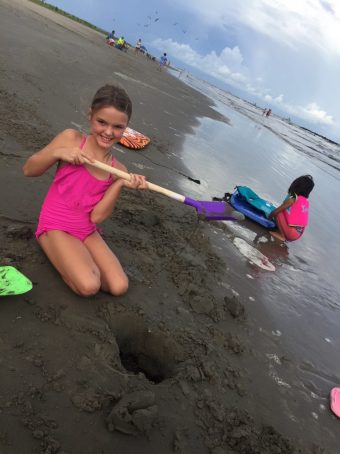 I used to laugh so much.

Lately, it all feels like busyness and correction and chaos. Laughter hasn’t fit into the plan to get the day done. When I’ve made my to-do lists, I’ve left out laughter.

I’ve learned well the verse that would remind me of strength and dignity, but have I taught them to laugh? Will they remember their mom throwing her head back in hilarious laughter over unplanned moments and shoulder shaking laughter? 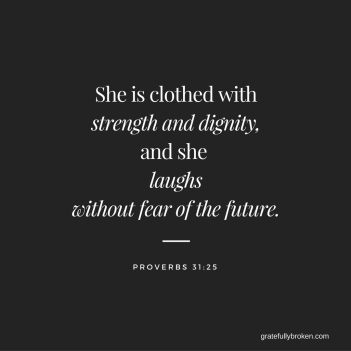 I’ve carved time for so many things, some of great purpose, and some of practicality.

But my daughter, the one I pray continually will be filled with joy, told me “You never laugh.”

The never disqualifies the statement from being entirely true. I laugh. But their world is filled with sudden, shaking laughter that I typically never join.

Meal-time laughter: I just want them to eat.

After-school laughter: I just want them to get their homework done.

Car-ride laughter: Could everyone just be a little quieter?

Late-night laughter: I’ve told you a million times already to be quiet.

How many times have they laughed, and I’ve never asked what they find funny? Why are you laughing so hard? I’ve blamed it on trying to get things done. But the truth is I’ve tried to get things done my way. And if I’m honest, that’s usually without a whole lot of laughter.

How did I forget?

They’re funny. And precious. And gosh, I don’t want them to one day leave me out because so many times I didn’t join in. I’ve allowed worry to steer my ship of parenting instead of the buckets of joy found in each day. I’ve released worry and then grabbed it right back again.

I’ve promised to trust Him and broken that promise a thousand times. The weight of this responsibility of raising fives souls doesn’t ever really leave my mind. It’s always lingering. But instead of rejoicing in the great gift of their presence and this moment, I’ve thought with worry toward the future. Sometimes it’s the immediate future of how to get everyone where they need to go. Sometimes it’s a far-off future that I’ve wasted precious moments of “now” worrying about.

I’ve plastered on public smiles that disappear behind closed doors. Not because I don’t love or don’t cherish. But because the consuming busyness of now has stolen joy.

Letting go of what needs to get done is sometimes better than checking everything off a list.

She’s sleeping now. And when she wakes, I vow to laugh. With her. With all of them. Over thumb wars and jokes that don’t make sense and crazy dancing. All of it. I want to be a part.

I want them to remember a mom who was full of infectious laughter that could shake a room to its core. One who stopped what she planned to do in order to find joy in the present.

There’s no five-step plan to laugh more so I’ve made my own.

There’s nothing wrong with tears. They’ve seen plenty of those.

That’s what makes every moment bearable. It’s what I want to be remembered for.

“She loved hard. She laughed hard, too.”

It’s what I want them to be able to say when all this is over. “She laughed without fear of the future.”