Home Family & Parenting Autism What the People Staring at Us at the Grocery Are Missing About...

There we were, walking trough our local grocery store, picking up our usual household necessities. Well, I was walking — my boy was riding in the cart. The trip was going fairly smoothly, and a then a lady asked, “Is he deaf?”

I wonder what clued her in that my boy was “different.” Could it have been that he’s 7 years old, weighs 90 pounds, and is still riding in the grocery cart? Or maybe it’s that he was squealing at a level that made the wine bottles shake? Perhaps it was all that finger-flicking and hand flapping that gave it away. (Just between you and I, I think she may be the next big mystery solver! Scoot over Sherlock, this lady’s gunning for your job!).

My response was, “No, he’s autistic.” She just smiled, nodded her head, and walked away. A few years ago, a comment like that one, would have either offended me or sent me to the car in tears because it meant that people could obviously tell that something was “wrong” with my boy.

Now, a question like that doesn’t really bother me. I just look at it as natural curiosity. I’ll take a genuine curious question any day over a judgmental, ignorant comment, or worse, the “stink-face stare.” You know, the look people give without having to say a word? The “That kid needs a spanking,” or  “Kids nowadays, no discipline I tell Ya” look.

Those are the worst. Well, there was none of that, until checkout time. Now normally, this is when we’re almost home free.

When my boy is good, he gets to pick out one thing. Today, that one thing was fruit flavored Tic-Tacs. “Deal!” I said. They’re cheap, low-cal, and best of all, don’t make any friggin noise. Everyone’s a winner!

And then — He dropped one. One. As in the singular. One friggin’ Tic-Tac (Insert dramatic screeching car crash sound here. Throw in a bomb exploding while you’re at it.).

He immediately started freaking out.

I looked as quickly as I could to try and find that Tic-Tac, and no luck. And to all the “perfect” little mommies that are reading this wondering “Gasp! Was she going to actually let him eat that tic-tac?” To avoid a code red meltdown? Damn right I would.

Autism parents are always in survival mode. And in the case of a very quickly progressing meltdown, we will do just about anything we can to avoid it escalating to a full on code red. Even if that means letting him eat a dirty Tic-Tac. Or at least this Autism mom would.

The lone Tic-Tac was never found. My boy went into a full on meltdown.

He screamed and flailed his arms about from the time we paid to the time we walked through the front of the store, out through the doors, into the car and the rest of the way home. 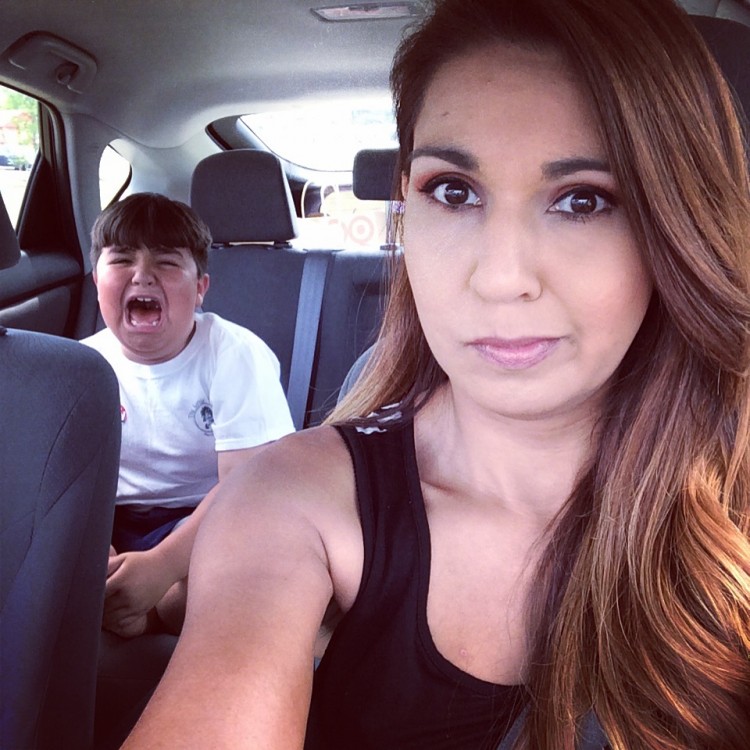 All while, yes, the “looky-loo stink eyes” were being given. Sigh.

By the time we got home, he had managed to calm himself down. I was an exhausted wreck that now had an eye-twitch (Just kidding).

And most importantly, you’ll learn that none of us have it all figured out. To put it simply, Autism is O.T.J.T (on-the-job-training)!

You’ll learn that most people really are genuinely curious and just don’t know what or how to ask about your child. And as for the others, the “looky-loo, stink-facers?” You know what, they saw one moment, one struggle, one meltdown, one glimpse into a life they know nothing about.

They don’t see the amount of work, effort and love that get’s poured into your kid.

They didn’t see the first time he finally looked at you when you said his name.

They didn’t see what a big deal it was the first time he held a spoon correctly even though he’s 7 years old.

They didn’t see the first time he initiated “play” with a friend.

They didn’t see the first time he said, “I love you” using his iPad.

But you know what? They don’t deserve to! Those special moments are magical. They may have seen a brief moment of the madness, but they do not deserve to see the magic.

The magic, well that’s reserved for you, and at the end of the day, the magic is worth the madness. 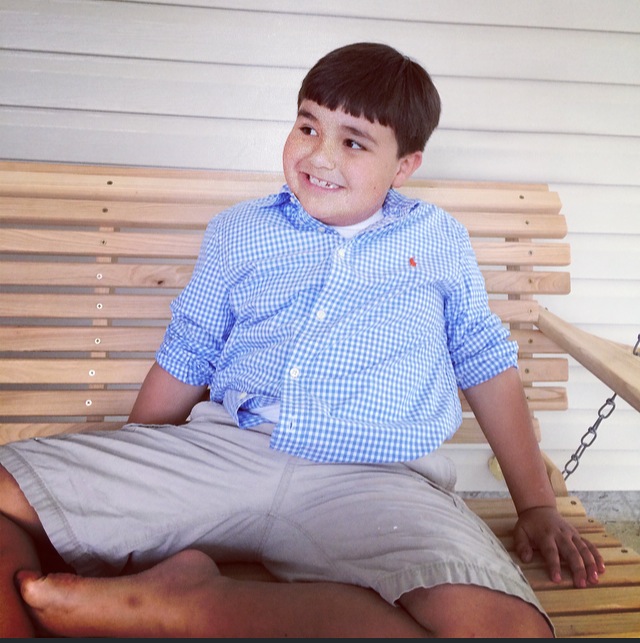