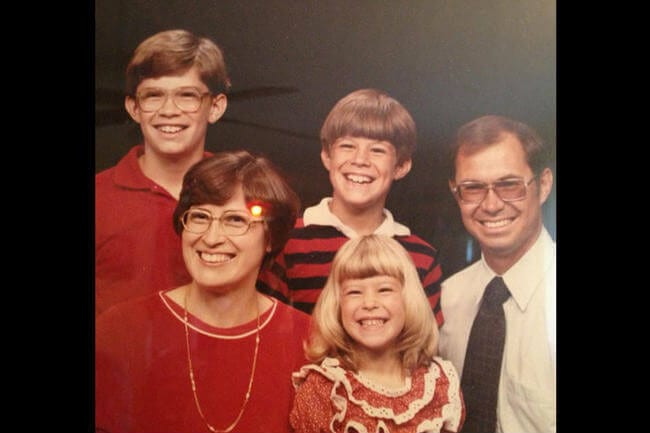 Not to date myself or anything, but I was born in 1977. And even though that now makes me well, practically a senior citizen, (look I’m still 40 until September! Oh wait, that’s old) I’m rather thrilled with that particular birth year because it also makes me a the proud owner of a 1980s childhood, which is something I would not trade for any other life experience. My childhood was pretty much the bee’s knees, and it makes me sad that  my kids are missing out on that carefree, fun, pre-internet kinda life. It ALSO makes me sad that I am missing out on the parenting experience my own parents had. Though not without its struggles, let’s just say pre-internet parenthood was a LOT easier, too. (Except for YouTube tutorials on how to do my kids’ math homework.. Those, I would not trade.) 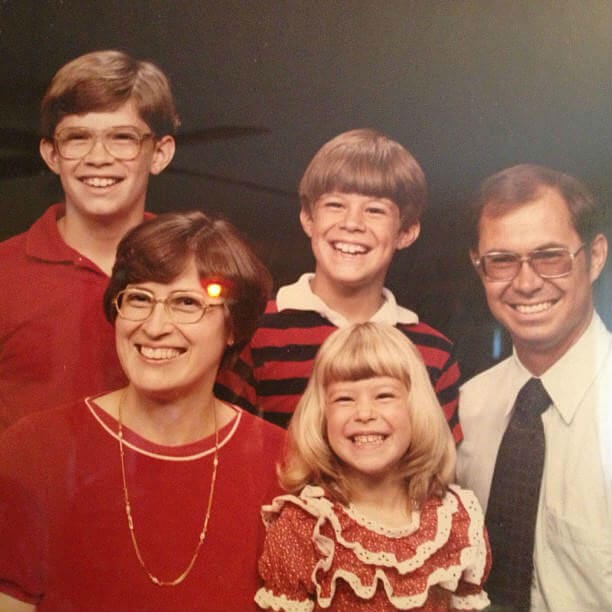 When they ask me about life when I was a little kid, I have some great 1980s childhood stories to tell them, and in doing so I’ve come up with 5 things I really miss the most about my 1980s childhood. What are they? Well, I am SO GLAD you asked!

What I Miss Most About My 1980s Childhood

I am a huge fan of SUGAR, and this *may* have something to do with all the amazing snacks available to us in the 80s. I mean, this was the decade of “sugar” cereal for a healthy breakfast (how could artificially colored MARSHMALLOWS not be healthy? Come on!) and the snacks were AMAZE. My personal favorite, and the one I miss the most most most with all my aching 80s heart, are Jell-O Pudding Pops. I mean, it’s a FROZEN PUDDING SNACK ON A STICK! This is the stuff dreams are made of! (I refuse to let my memories be ruined by Cosby. JUST DON’T THINK ABOUT IT RIGHT NOW.) 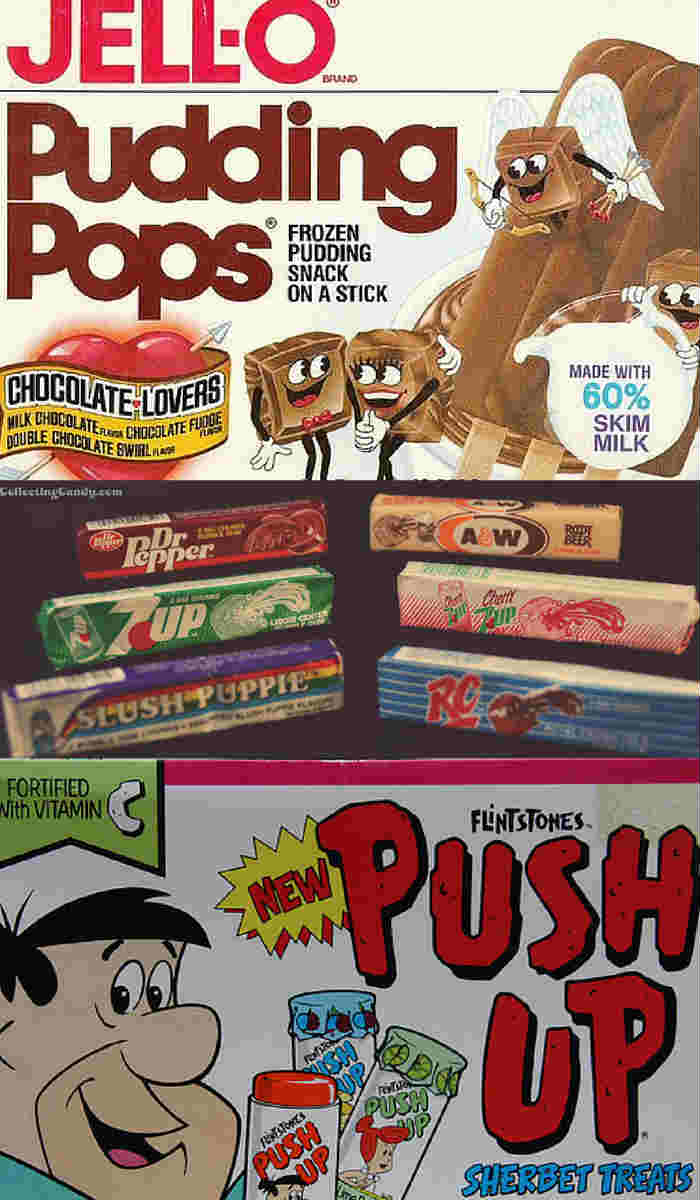 My brothers and I would basically RACE for that box o’ puddin’ pops as soon as my mom got home from the grocery, ESPECIALLY if she brought home a variety pack, because I did NOT wanna get stuck with plain vanilla, AMIRITE? Pudding Pops were the Holy Grail of 80s treats, but I would like an Honorable Mention to also go to the gum that tasted like your favorite soda pop and freaking squirted JUICE out of the middle (amazing!!) and of course, Fred Flinstone and his sherbet push-ups. Because, YUM. Plus, push-up. It’s like EXERCISE.

2. Nothing Was Gonna Kill You

Along the lines of snacks, we lived a more carefree life in the 80s because nothing was gonna kill you. Cereal with marshmallows? Health food! Kool-Aid made of 90% sugar and artificial flavoring? DRINK UP—gotta stay hydrated! Ice cream? Load up that dairy section of the food pyramid! Fruit snacks in a plastic pouch? It’s like health food TO GO! It was all good, and we were all good, and no one walked around with kale in their smoothies because they were afraid that 7Up gives you cancer. THOSE WERE THE DAYS. Now I feel a stab if fear-laden guilt every time my kid eats a Cheez-It. Thanks, INTERNET! And science. GAH.

Also, I could wash with Johnson’s baby shampoo all day long and no one would assert that it was full of carcinogens. Johnson’s meant you LOVED your kid. Now it apparently means you are a terrible parent. I mean, the PRESSURE to make my own baby soap these days has NEARLY wiped out all the precious memories of childhood bubble baths, OY.

My kids live a very sheltered TV life because mm, I don’t know, NOTHING ON IS APPROPRIATE! And God forbid they watch commercials! They can get quite an education from advertisements, especially during sporting events. It used to be the most scandalous commercial on during a sporting event was the Rogaine ad where the bald guy gets his groove back, or you know, if you were up REALLY LATE, a Budweiser ad. Now you cannot watch a playoff game without your kid asking what erectile dysfunction is, and God forbid a soft-core p*rn GoDaddy ad comes on. Um, no thanks, I’ll stick to commercial-free Netfix with shows that I have pre-selected for the kiddos. Because we ain’t got Small Wonder anymore, my friends, and the “kids” shows talk about grown-up subjects WAY before they should in my opinion. Oh man, I miss Vicki! 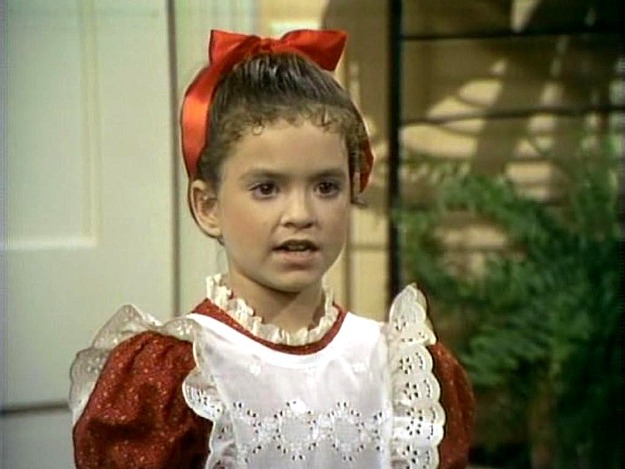 I even miss this guy. 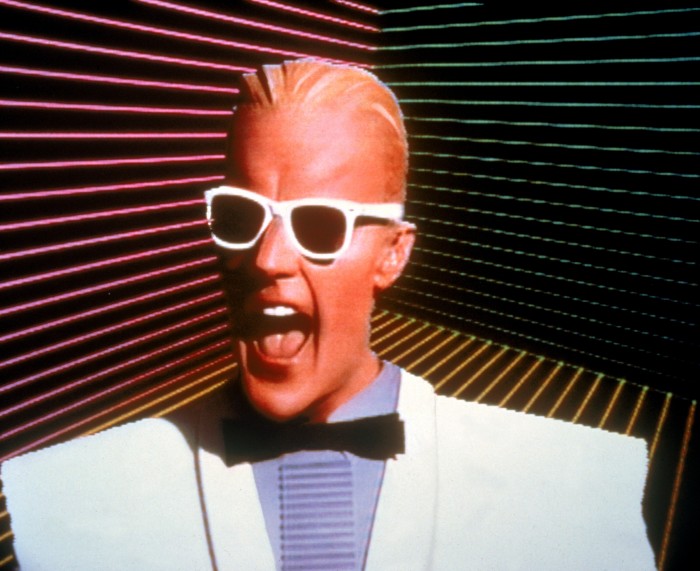 I mean let’s face it, commercials used to be ENTERTAIMENT (California Raisins, anyone?) and now they’re just trying to turn your kids into entitled greed monsters or give them a  mini sex-ed class. FACT. Come back, 80s TV!

I’m not saying I made friends with Creepy McCreeperkins at the park or anything, but the 80s was a decade when you didn’t have to be afraid to help, or accept help, from a stranger. When I was a kid, my dad was very good with cars and he would always stop to help a motorist in need. Side of the highway, store parking lot, it didn’t matter where. We were never afraid that someone approaching us in a parking lot might actually be trying to lure us into sex trafficking. In the 80s you could offer help and friendliness without fear, and I feel like that time is definitely gone. By the time I was in college in the late 90s, it was no longer safe to help or accept help from a motorist and you were supposed to lock your doors and speed off as soon as you went from the store to your car. *Sigh*. I learned so many lessons in kindness from my dad helping strangers…and my kids are learning lessons in kindness from me in more “safe” ways.

I admit, I am a “nervous mother”, and I think it’s because I’ve had a cell phone for almost 20 years. I got my first one in 1999 and even though I used it only when driving several hours to and from college, I quickly became addicted to being connected. If my husband is gone 30 minutes longer than he says he will be, I think he’s dead. If my kids’ carpool is 15 minutes late, I start taking shallow breaths. Yes, I am a little crazy, I totally am!  But I also wish my kids were growing up in the day like I did when we didn’t worry when we were out of contact with our loved ones for a few hours, because that was all we knew. We didn’t sweat it because there was nothing to sweat! Long summer days? My mom didn’t need to know where I was all day. Now I secretly hope for text updates from another child’s mom during a playdate because I’m so USED to having a technological connection to my family 24/7. And it’s kinda DUMB. I miss my 1980s childhood, when if you wanted to talk on the phone, you needed to be in a house or have a roll of quarters—and no one worried if you didn’t! There was only cause for concern if you didn’t show up at home in time for the newest Cosby Show or Growing Pains episode.

There are a lot more than just those 5 things to miss about the fabulous decade that was the 1980s, (I haven’t even TOUCHED on the music!!) but those are some things that stick out to me about being a kid. But as a parent with a teen, a tween, and a first-grader, I also find myself longing at times for my parents’ 1980s experience. What must it have been like, I wonder, to not worry about your child becoming addicted to technology (we never even had video games, though they were invented during my parents’ tenure), learning about sex from readily-available Internet porn, or sending nude photos of themselves to others? Here in the digital age, I would argue that we face a myriad of parenting problems that our own folks never could have dreamed of.

And the PRESSURE: I alluded to it a few times above, but I envy my mom for not having social media, for not being slapped in the face with a barrage of Pinterest projects, organic dinners and a carefully chalkboard-lettered family mottos at every turn. In the 1980s, living simply and not broadcasting your every day parenting choices (much less your parenting “STYLE”), much less your home decor or lack thereof, was the norm. If people wanted to see your new La-Z-Boy recliner, they had to actually COME OVER to gawk at it. Now one COULD just post a photo of it, but only if it’s from Pottery Barn and is in a perfectly-decorated-and-proportioned, spotlessly clean room.

(This is why you will rarely see photos of my home. God may BLESS my mess, but everyone else will judge it.)

Don’t get me wrong, I am THANKFUL for my abundant life. But there are many things about it that make me envious of my parents and their rust-orange 1980s no-apologies shag carpet lifestyle, and the magnificent 1980s childhood experience they gave me to go with it.

Previous articleTo My Child TODAY, When It Was Hard
Next articleChristian Parents: This Is How to Teach Our Boys to Respect Women