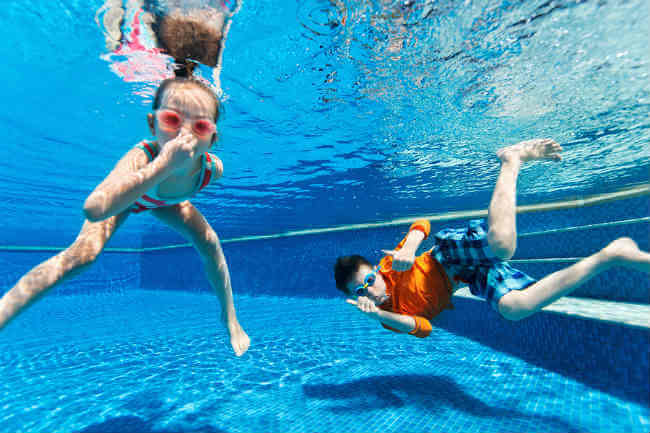 Male and female created he them; and blessed them… – Genesis 5:2

This morning I was strolling a leisurely stroll on the treadmill and enjoying 45 minutes of toddler downtime (thanks, Brandy in kids club) when my eyes drifted to the newsfeed on the bottom of my tv screen where a “breaking news” alert was scrolling.

What constitutes breaking news in 2017? That’s a loaded question. But for this local ABC affiliate station, the answer was “Australia considering banning fairy tales from schools.” I rolled my eyes into my frontal lobe because probably it was offensive to real witches and living fairy godmothers, all that questionable detail Cinderella and Sleeping Beauty, etc. go into about their lives and various motivations and ways of being.

Apparently, it’s because fairy tales “encourage outdated gender norms” and that children “as young as four” are reportedly manifesting “gender biasing behaviors” in their play and make believe.

(Note: there are real, medical, biological examples of transgendered individuals born with chromosomal abnormalities and ambiguous genitalia. These are real medical conditions from which real people suffer and about which hard decisions and choices have to be made by doctors, parents, and the individuals themselves. What we’re talking about here today, however, is the growing cultural infatuation with what I’ll call “transgenderism by choice,” or the belief that gender is utterly divorced from biological sexual characteristics by desire, not by any design flaw, and that you could possibly have been born with ovaries and a uterus but a brain that “feels” male, and so you choose to discard – whether surgically or behaviorally – the “non-conforming” female part of your identity.

This is a point of real confusion and pain for a lot of people, and the present cultural climate of strangling political correctness makes civil discussion about any kind of gender dysphoria all but impossible. But we must persist for the sake of real human souls. We cannot shrink away from discussing what is fast becoming the defining issue of our age. End disclaimer).

First of all, kids as young as four display “gender biasing behaviors” because children as young as age four do, in fact, have genders.

Fetuses, it turns out, also have genders. Pull up a Youtube video of balloons popping out of giant cardboard boxes and you’ll see this is not a recent discovery. And gender – in parlance common up until just a few short years ago – was basically interchangeable with “sex” – and nobody was going to bat an eye or shred an admission form over it.

Children, like the rest of us, are male or female, and as such, they typically exhibit a few characteristic (but not exclusive) behaviors common to their gender. Boys, for example, as anyone who has ever birthed, raised, or even tangentially known one, are loud and they are intensely physical. Not all boys and not all the time, but overall, there is a certain exuberance that belongs to the male sex that is right and beautiful.

These boys will become men who lend their strong voices to the pursuit of truth and goodness. They will speak up for what is right, and they will take action to defy evil when they see it. Because that is what men are designed to do. Men are action-takers and pursuers of truth by nature. They image God in their strength, both physical and moral. And that is beautiful. (And does not, incidentally, exclude women from being action takers and pursuers of truth.)

So, about those differences. Let’s get into some generalizations here, because there are common features and universal truths that do, in fact, hold water. Not everything that we have collectively amassed over the course of human history needs to be jettisoned just because Mark Zuckerberg has a new global initiative of the month.

Ladies first. Girls are tender. Not all girls and certainly not all the time, but as a general rule, the female sex is superior at feeling and expressing feelings.Emotionally connected and deeply expressive, women possess a relational capacity that is unmatched in men. My daughter can yell down the entire minivan full of warring brothers and silence us all with a shriek of power, but she wears her heart on the outside, feeling the world deeply, and encountering things with her entire being.

This does not make her weak. (And this is not to say that my husband is not tender. That my boys do not feel sorrow for having hurt or disappointed someone, or shed tears of pain.)

Far from it, her depth of feeling and her capacity for emotion render her a force to be reckoned with beyond anything I have yet experienced in my 3 sons. We live in an era which has been captivated by the lie that the heart is somehow disconnected from and inferior to the mind. And that is a lie. The heart is essential. It is where we encounter God in His Holy Spirit, where we give and receive love. The heart is the source of human life, and it is from our hearts that our relationships with one another and with God take their roots. In a culture awash in isolation and alienation, between spouses and families and even within our very selves, it is evident that the price of disregarding and dismissing the heart is deadly high.

And then there are boys. Boys who will grow up to be strong men, and who desperately need to be affirmed in their abilities. They long for the affirmation – especially and essentially from their fathers – that they have what it takes.

A boy who is not mentored into manhood in this way will struggle in his adult life with feelings of unworthiness and shame. A man has to know that he can do it, that he has what it takes, and that there are people – his mom and dad first and foremost – who are cheering him on because they believe he can.

A boy who is denied these opportunities to prove himself is at risk of becoming a man who struggles with his identity and with his understanding of self worth.

For some boys this might look like hunting and fishing trips. Camping and using pocket knives and jumping off of boulders and killing it on the soccer field and generally having the experience of doing the hard thing and coming through the other side with the knowledge that he has what it takes, that he is enough, that he is capable of leading, of providing, of greatness.

This has less to do with being out in the great outdoors, being naturally athletic, or being any particular good shot with a bow and arrow, but it has everything to do with testing himself against some opponent, whether it be the elements, an animal, or even his peers, and discovering for himself that yes, he measures up. He does not fall short.

This does not mean that girls aren’t outdoorsy! I can’t emphasize enough, the stupid stuff we fret over with “gender norming” our kids is so much less about colors and kinds of toys and neutral language and so much more about what is intrinsic to the nature of men and women.

Girls aren’t going to pick up dolls just because they’re silly and pink and soft and isn’t that just adorable how she’s trying to breastfeed her teddy bear? No. I have watched my 3 year old decapitate her brother’s snowman with a lightsaber and then pretend to nurse her stuffed kitty cat, within the span of fifteen minutes. She weeps and rocks her stuffed animals to sleep at night if they’ve had a bad dream. And then she stands on the edge of her bed literally roaring in defiance if anyone should dare trespass and remove one of her beloved “babies” from their positions.

She is not weak because she is drawn to mothering behaviors with her toys, for if she is called to motherhood, it will be the source of her greatest strength and ability. (It’s not for nothing we use the expression of “mama bear” to communicate deep, protective and don’t-you-dare-mess-with-it anger.)

This hysteria over neutral-colored Legos and removing all swords and tutus from toy boxes is missing the forest for the trees. A little boy is standing 12 inches from my elbow right now playing in a pink toy kitchen, stirring soup and preparing steaks to feed the cat. This doesn’t mean his gender is “confused.” It does mean he likes being involved in food prep and his chief enjoyment in the 4’oclock hour is chopping vegetables.

We are foolish when we typecast certain “behaviors” into rigid gender norms and then insist that our children refrain at all cost from manifesting them, should they match up in a way we are currently collectively frowning upon.

What good is there to be gained by discouraging a boy from expressing strength and courage on the playground, whether he is shouting down a bully or rallying his friends to the winning kickball run? And what good is served in correcting a girl who longs to be told that she is beautiful – who in fact has a profound and fundamentally good desire to be affirmed in her beauty on a soul-deep level – that she ought not be concerned with something so trivial or vain?

Conversely, if a boy enjoys cooking and art and a girl is an absolute terror on the lacrosse field, these, too, are good and beautiful manifestations of their particular individual giftedness. This does not indicate a confused or wrongly-assigned gender, but normal and healthy diversity in this thing that we call being human.

Being a mother is intractably a female role; being a hairdresser is not.

While the world frets on about the sexism of fairy tales, about girls dreaming of true love and affirmed beauty, and boys about vanquishing dragons and journeying into uncharted territories, I’ll be sitting here reading Cinderella and the Chronicles of Narnia to all of them, male and female alike. And they will perhaps get different things from the same story. They will perhaps encounter it with their male or female minds and focus on particular aspects which attract or repel them, and that will be fine. That will be good.

Our differences are our strengths, and denying the intricate design of the complementarity between the sexes is to deface the image of the Creator Himself.

Jenny Uebbinghttp://www.catholicnewsagency.com/mamaneedscoffee/
Jenny Uebbing is a freelance writer and editor and a blogger for Catholic News Agency. Her popular blog “Mama Needs Coffee” covers everything from current events and politics to the Catholic Church’s teachings on sex and marriage to life with an army of toddlers. She has created content for Endow, FOCUS, EWTN, the USCCB, Catholic Exchange, and Our Sunday Visitor press. In her free time she watches HGTV on the treadmill and drinks La Croix by the case. You can follow her on Facebook and Twitter.