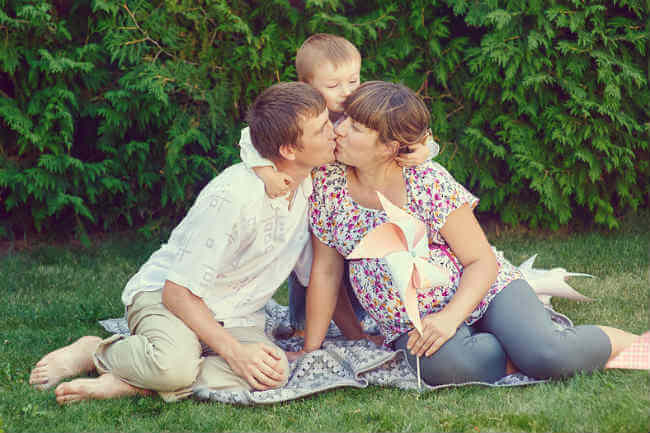 What Happened When My Kids Saw Me Kiss My Wife

Joshua Rogers is a married dad of two daughters and a writer who blogs at JoshuaRogers.com about “Finding God in the Ordinary.” He started his blog in 2010 after his first child was born, because, he says, “I found myself wanting to tell strangers about the lessons I was learning every day from being a dad.”

Recently, Rogers wrote about one of those lessons that was about both marriage and parenting, and his story resonated with married parents in a very big—and viral—way. The blog post is entitled “What happened when my daughter saw me kiss my wife“.

Rogers recounts his first child’s birth, and how he spoke to his newborn daughter as he held her in his arms, saying, “First, I promise I will never leave your mother; and second, I’ll show up. I’ll do everything I can to be at your recitals and ball games and dinner around the table.”

But, he says, when reality with a newborn at home hit, he realized his daughter would need much more from her parents than them to just love each other and stay married. “She needed to see a regular demonstration of our love,” he says. “That was not our strong suit.”

Fast-forward a few years and add another kid to the mix, and the Rogers were still working on getting that “demonstrative love” thing right. He says that they prayed for God to show them how they needed to change individuall in their marriage, and that “God responded, showing us unflattering things about our character that we didn’t want to see. It was humbling and made us less likely to assume we were always right when there was a conflict. It also had an unexpected benefit: We became more affectionate to each other.”

Then one day, God made the fact that their marriage was a “new creation” very clear, and it had a profound impact on their kids. Rogers says they were listening to a kids music playlist with their daughters  when the song “At Last I See the Light” from”Tangled” came on and he impulsively asked his wife to dance.

As the song neared the end, he realized his daughters were silently watching them, mesmerized. He describes the beautiful moment that happened next:

The song approached the end, and as the strings played the last notes, I decided to give the girls a Hollywood ending. I took my wife’s face in my hands and kissed her. After I pulled away, I looked over and saw my oldest daughter’s face lit up with adoration, and her eyes filled with tears. Then she came over, buried her face in my wife’s legs, and cried.

“Why are you crying?” my wife asked.

“Can you at least give me one word to describe how you’re feeling?” I asked.

My daughter paused, looked up at us and said, “Loved.”

Her response, that one word, “Loved,” took his breath away. And parents, it should take ours away, too. Rogers sums up why:

Like so many others, I work hard to be a good parent and spouse, but I typically see those roles as having separate tasks and separate functions. My daughter helped me see that there’s far more overlap for children than we realize.

I have long believed that the most important thing we can do for our kids is love God and love each other well in marriage, and after reading Rogers’ story, I believe it more than EVER. Is this not a beautiful testament to the importance of prioritizing our marriagesas we navigate parenthood? I’m thankful top Rogers for sharing this poignant and powerful reminder.

If you loved this story. check out Rogers’ blog and Facebook page for more. 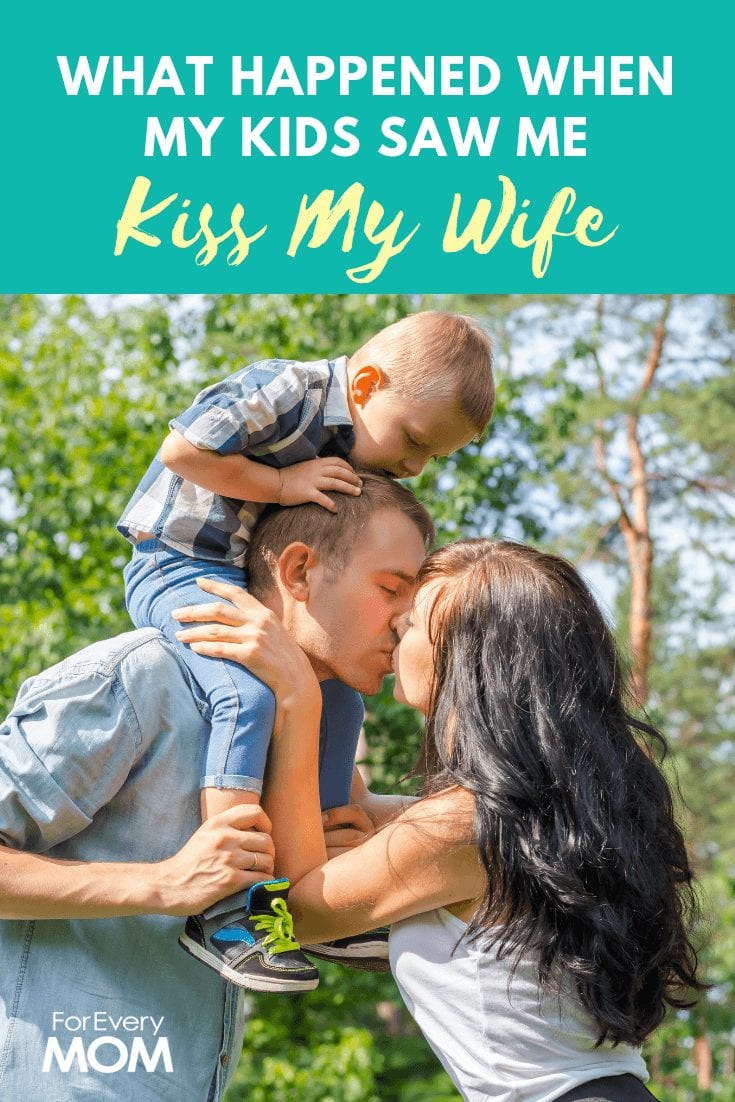 this …
Previous articleWhat to Do When You Turn Into “Angry Mom” (Again!)
Next articleWhen the Devil Comes to Church On a Sunny Texas Morning