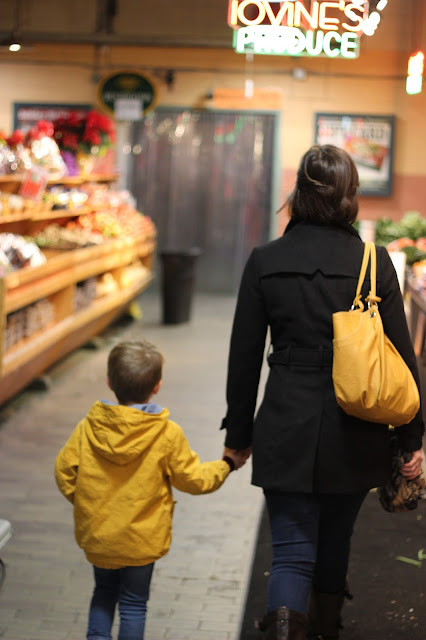 An email draft I just began to my sons teacher left me in tears. The content was fairly straight forward: “my kid says he’s a bit bored in class if he finishes an assignment early. Can I send in a workbook?” Writing it now, just moments later, it seems so simple and so straight forward. But as I typed the email, I found myself stumbling and bumbling over words in my head – my intentions being limited by my vernacular, my fears being flattened to a black and white 2D form where I could see their details more clearly than when they round and create their own shadows.

And then, a habit I’ve spent the past two years intentionally learning to form sprang to life without me knowing it. For the first time, without conscious effort or thought, I realized the truth driving the fears and the lies: I miss watching my son learn. I miss being his teacher. I miss being the one he enthusiastically reports his successes to.

I know I still do all of those things, and that in some degree I will as long as we’re both breathing. But the reality is that for 7 1/2 hours a day, I have passed that baton to others. And as exhausting as the race of young motherhood is, and as much as I enjoy sacred moments such as these to do the things put aside for the past years, it is a bittersweet hand-off. And two months into this baton-passing, I realize my hand still shakes when I reach forward to pass it to the next runner in my son’s life.

Parenthood is a hurtling forward sort of endeavor. I’ve found myself musing on it’s complexities more and more as I’ve watched my babies morph into toddlers grow into preschoolers and leap into kids toting lunch boxes on their way to school. It seems to me, that with many other things in my life, the goal is to grow closer to. Closer to my husband, closer to my dear friends, closer to my siblings, closer to my dreams, to the Truth, to my identity. But parenthood seems this casting out, this hurtling of a ball of light out into space, watching as two objects that morphed from one slowly spin away from each other.

And there is so much immense beauty that occurs in this spinning away – it’s how galaxies are formed, it’s how we each have found who we are – by journeying out and away. With parenting, though, I think the key is to keep the light shining so brightly from both spinning spheres that no darkness grows between them.

It’s the little things that keep the light shining farther and farther as the spheres keep creating distance between themselves. It’s the big smiles when I pick him up from the bus – my smile to him causes his light to grow towards me, and with each one-tooth-missing grin he shoots out the bus window, my light grows towards his, too. It’s the kisses I give each night before I go to sleep, when they’re far away in dreamworld and their foreheads taste like the sea.  It’s the apologies we give each other after a fight – rebuilding a stronger light than the one that shone before. It’s the trying and the failing, and the trying yet again, all of us, that sends our light out and makes others light grow towards us.

Perhaps, in some ways, we’re all spinning away from each other – every being on the planet. But parenthood shows it clearly – that each moment in life is an active choice of letting go and sending light towards, or letting go and sending no light to follow. For all things must be let go at one point or another, and that which is lost, if it’s meant to be found, is sweeter once it is re-found, and so the letting go isn’t a loss but an eventual gain.

If we send the light out.

I know this may seem like some rambling of words beyond the tangible realities of each day – but the truth is, the tangible realities of each day are a rambling of activities striving to articulate the things our words fail to. Activities striving to communicate the truths we hold, the dreams we’re counting on, the hopes we won’t dare whisper in case the utterance of them cheapens them back to an attainable thing easily found and just as easily lost.

I hope to be writing more soon. To share with you, whoever you are, wherever you are. But for now, one of my little spheres is about to spin back into my orbit, and I need to go cast my light and watch to see his – because I hope our lights can always be seen by each other, and want to do what I can now so when the lights get harder to send and to see, we have some from today to guide us.

The bus is coming. I have to go.

This article originally appeared at All Sarah Does.

Sarah Odell
Sarah Odell is a part-time work-from-home mother of two, speaker, and writer living and working in Seattle, Washington. Before moving to Seattle, the Odell family lived in Nairobi, Kenya, where Sarah was raised prior to moving to LA for University. Sarah blogs at allsarahdoes.blogspot.com, preaches and speaks at Bethany Community Church, and spends her free time sipping a cup of tea and watching her chickens out the kitchen window.