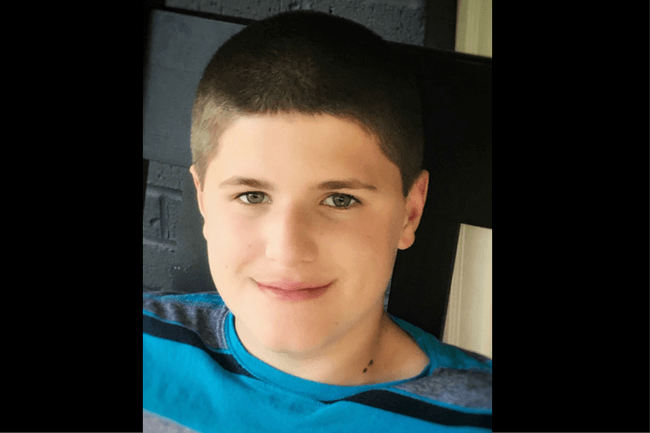 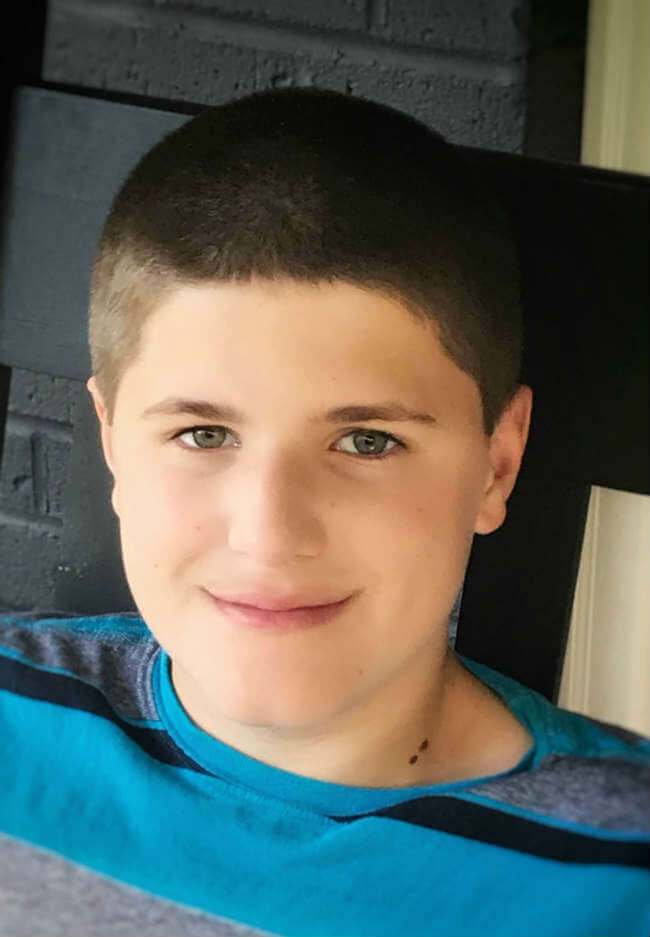 When my son Jack was about four years old, I lost him in the mall. I was pulling a sweater on over my clothes to see if it would fit, and in the three seconds it took for me to poke my head through the fabric, he was gone.

One minute, he was there, standing right in front of me with his overalls and his sticky hands from the lollipop he’d gotten when we’d stopped at the bank, and the next minute he was nowhere to be found.

When Jack was four, he couldn’t say his own name, but he could start a car.

He didn’t know his phone number, or his address, but he knew how to walk out of the doors and into the wide, open parking lot.

He was gone for about eight minutes. When I say this was the most terrifying eight minutes of my life, I am lying, because the word terrifying doesn’t begin to describe it. My heart was in my ears and I was sweating and I felt like my head might spin off of my shoulders.

I knew he could be anywhere. I knew firsthand the way a silent child could slip under the radar—through the door, and into the sunset. I knew, because I’d seen him do it.

Now Jack is thirteen. He still has autism. This makes him very is vulnerable in ways most people can’t imagine.

For one thing, he can’t talk when he’s under stress. He literally cannot form the words in his brain and make them travel to his mouth and out into the air. He cannot ask for help.

He is a boy who won’t make it out of a burning building unless someone is right there with him. He will not shout that the water is too deep and he can’t touch the bottom, or that a strange person tried to touch him in places no one should touch him.

I worry all the time.

I worry if there’s ever a fire in the grocery store and he’s standing at the Redbox–he stands at the Redbox every single time we go to the grocery store, and even if I’ve warned him we aren’t renting a movie this time, he still likes to push the buttons and search through the new releases—but if he’s standing there while I wait to check out and there’s a fire and I can see him and I can’t get to him, I know he will never get out on his own.

He’ll put his hands over his ears and he will stand completely still, like he’s made of stone. He might scream.

The thing is, he has no concept of cars coming and going. He’s lost to his own thoughts about strawberry frosting and the latest Disney movie and who even knows what else. He assumes someone will always see him.

He loves popcorn with lots of butter and he says tick-tock-tick-tock whenever I put the blinker on in the car. He sleeps with exactly six pillows.

Every year on December 5th, he goes into the basement and brings up the big red boots we bought at Target, and he puts them in the exact same spot by the fireplace. He does this to remind us about Santa.

He is a teenager. He is so painfully naive, it makes my heart ache.

I’m not saying he’s dumb—not at all. He’s pure, and unguarded, and real. He believes people are good and the earth is round and that cars cost exactly one hundred dollars.

You will never meet another person like him in your life. I guess you could say he’s like a like painting full of color and light—a curious mix of red and blue and green that, at first glance, looks like a big old mess.

But then you step back, and you look again. You see each color separately. You look down at your feet and you look up once more, and you realize it is more than a painting. It is a tapestry, and it tells a story about a boy.

There so much about the real world he doesn’t understand.

He cannot begin to grasp the concept of a hurricane marching over a small island, or how a shooter’s keen eye scans an unprotected crowd, or the way a bully sizes up the easiest target.

He’s never been to a concert. Oh, sure, he knows all about them—he knows a lot of people get together and sing the lyrics to their favorite songs at the top of their lungs, swaying in time to the rhythm of the heavy beat.

But my vulnerable child has no idea what is means to stockpile ammunition, or collect weapons, or break windows in a hotel room for the clearest shot on a beautiful autumn night.

Autism is without cure, and this vulnerable boy will one day grow to a vulnerable man—a man others will prey upon, and try to scam.

A man who may stand stock-still, and watch as the flames edge closer and closer.

Will you help me?

Will you help me keep him safe?

Will you peer into the blaze of hatred, and behold the beauty of a complicated child?

Will you show compassion for the unusual, and mercy for compromised?

Will you think before you speak, and breathe before you act, and always look behind you when you put your car in reverse in a parking lot?

Will you listen for those who have no voice?

And if the fire alarm goes off in the grocery store, and you see a boy standing all alone with his hands clapped over his ears, will you lead him out the door?

With his hand in yours, please, run. Run from the heat as if you are outrunning the sun.

Mom. For the concert. In Las Vegas. Did they stop dancing. When he shot them.

Previous articleHer Social Media Bullies Told Her to Kill Herself. At Just 12 Years Old, She Did
Next articleHow to Be the Most Annoying Person on Social Media. Ever.