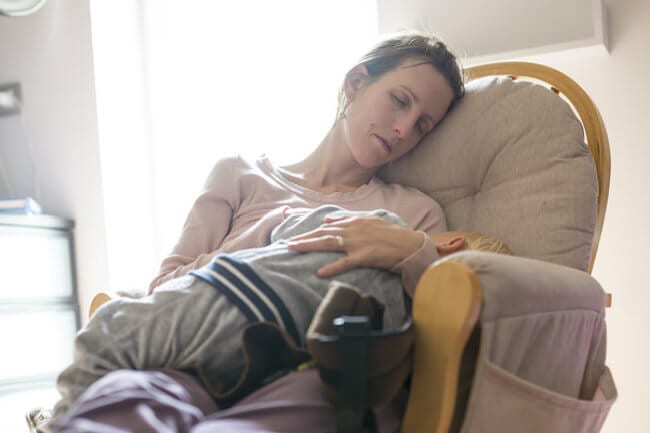 Dear Young Husband: Please Give Your Wife a Break

Preachers and teachers on marriage (and I have been among them) often warn young moms about being moms first and wives second. It’s certainly a dangerous and ever-present temptation that deserves attention. But this post is for the young husbands who have their own temptation—expecting their wives to be more than any one woman could possibly be while raising their kids.

One August morning in Houston I waited just a little too long to go out for a run. The sun was unmerciful, and all the shade was gone. My pace slowed, and I even had to walk. I thought I could power through the run as planned but it was stupid not to shorten it before turning around, and I paid the price for my stubbornness.

About a mile and a half from home, I noticed the distinctive bounce of my wife as she pedaled her bike my way. She had a towel and a bottle of electrolyte-laced water.  “They said on the news that it was dangerously hot and humid today and I thought you should have been home by now so I figured I better go find you.”

I fell in love with my wife all over again. She is the best.

But she’s also an empty nester.

As a Homeschooling mom of three

I suspect, fifteen years ago, had we lived in Houston and I had gone out for a run, I’d limp home, my wife would see me dripping sweat on the floor, and she might say, “You went for a run? In this? Are you crazy?”

As an empty nester, I now get all her care. There’s a lot of it, but it’s just…different when it’s not divided among four people. There’s just me now. We don’t even have a dog anymore.

Young husbands, please give your wives a break. Try to understand. She wants to be a world class wife—most women do. But when she’s got a job, kids, a pet, and a house, never forget that there’s only one of her and about ten of them (if you add everything together).

Yes, she should be a wife first. But you’ve got to do your part with understanding. I wish I had been more empathetic as a younger husband. Back then, I could occasionally be resentful. Lisa would freely admit there were seasons when she was definitely a mom first.  I thought the problem was her, but now I’d tell my younger self that the problem was really her situation. “Give it time, Gary,” I’d say. “Let her work this out. By the way, some amazing years are coming.”

If your wife really cares for your kids, she’s a caring person. When the kids are gone, all that care will be poured out on you. If you leave her now, she’s likely to end up with someone else and then her care will be poured out on that person. You’ll have endured the years in which she was stretched the most, only to miss the years when she could focus on you and love you the most.

It’s not a coincidence that I wrote Sacred Marriage about embracing the difficulties and challenges of marriage when I was in my late thirties, and now, in my fifties, I’m writing about building a marriage based on cherishing each other.

Same wife, but a different life.

So, young husband, be gentle with your wife while she figures all this out. Don’t let a very exhausting decade or two define your marriage or her.

I’ve been in a number of running groups. We meet Saturday, Tuesday, and Thursday mornings in our running gear, and leave looking sweaty and hot and tired. Every now and then there will be a “social.” And the most common comment you hear runners say to each other is “Wow, that’s what you look like all showered and clean!”

Defining your wife’s love and care by how she acts when she’s raising small children is like defining a woman’s beauty by how she looks in the middle of a marathon.

Give your wife a thankful hug. Even more, give her truckloads of understanding. And remind yourself whenever you feel neglected: it might not be her. It might just be her situation.

For more on making the most of God’s design for your marriage, read Gary’s book Sacred Marriage. This article originally appeared at GaryThomas.com.

Previous articleDear Kids: You Decided to Follow Christ. Now You’re In Deep Trouble
Next articleA Mother’s Letter to Her Daughter About Passionate Love