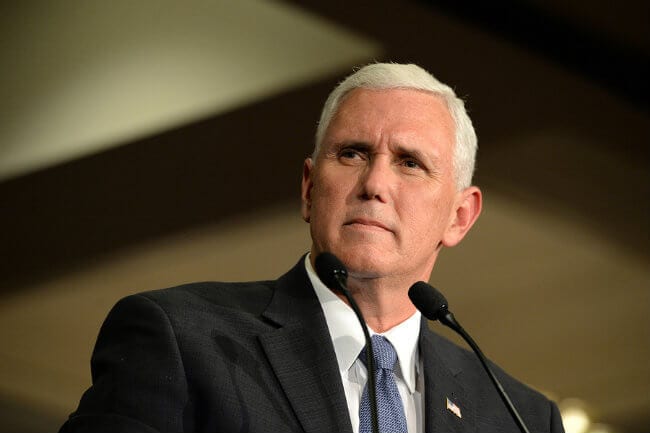 Mike Pence, Marriage, and Spending Time Alone With a Man Who’s Not My Husband

**Editor’s note. I didn’t vote for Trump/Pence, or Clinton/Kaine. I had to go with my conscience and cast my vote for someone I knew would not win. My opinion on this matter discussed in this article is grounded not in political loyalty but in common sense and what I know to be true about marriage.

I was a little late to the controversy over Vice President Mike Pence’s “marriage rule”—I was out of town for work last when the brouhaha got started, and when I returned it had already been brewing for a few days. To catch you up, in case you missed it as well, waaaaaay back in 2002 when he was a congressman, Pence said that he never eats alone with another woman and that he never attends an event where alcohol is being served unless she is there. When the Washington Post published a profile of Karen Pence on March 28th, it mentioned this rule, a variation of the “Billy Graham rule” which many evangelicals are familiar with. The Atlantic then published his original quote, “‘If there’s alcohol being served and people are being loose, I want to have the best-looking brunette in the room standing next to me,’ Pence said.”

Despite the fact that Pence didn’t say ANYTHING about what his WIFE does in that regard, only about his rule for HIMSELF, the world pretty much immediately lost their minds over it. Sarcastic tweets flew around, accusing Pence of misogyny, of not being able to see a woman as ANYTHING but sexual. No one seemed to want to consider the fact that maybe he just wanted to protect his relationship with his wife, and avoid being accused of misdeeds in Washington, a town where rumors fly and political intrigue is calculated.

I’ve read articles and comments from women who say a rule like this is made only to keep women from being in positions of power. From keeping women from “coming to the table.” To this I say, his quote is CLEARLY talking about social situations, not business. There’s a difference between a business meeting or job interview between a man and a woman and a one-on-one dinner engagement between two friends of the opposite sex.

Will I be in a business meeting alone with a man who is not my husband? If necessary, though I’d prefer it  be in a business setting and not over a meal. Will I go out to a social dinner or lunch alone with a man who is not my husband? ALL THE NOPE. Now, recently I lunched with two male co-workers. Two. Dos. That is a situation I am okay with, but one-on-one suggests an intimacy that I’m simply not willing to be a party to. If one of those co-workers had had to cancel the lunch, I would not have gone either. I don’t just want to avoid the temptation of becoming involved emotionally or physically with a man who is not my husband, I also want to avoid the APPEARANCE of looking like that’s what I am doing. I simply love and respect my husband too much to be the subject of a rumor, however unfounded. 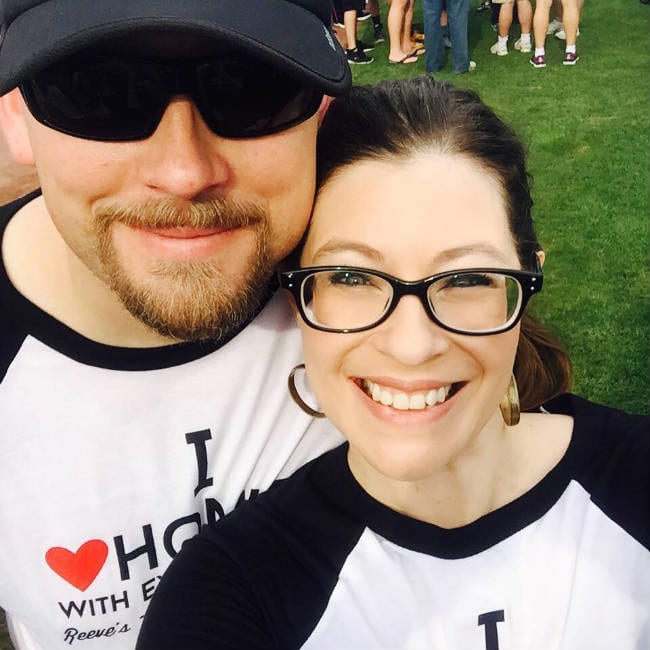 This guy, my dad, my uncles, and my two brothers are pretty much the only dudes I’d ever be alone with in a non-business setting.

My husband and I had never articulated having a “rule” until the Mike Pence controversy came up, but all the talk did cause us to discuss it amongst ourselves. We were both in agreement (as I thought we would be) that we weren’t going to be alone with members of the opposite sex, and that we didn’t want each other to be, either. Though we had never had a definite rule, I would not have hesitated to let my husband know how I felt about him having lunch or dinner alone with a woman—whether he told me about it up front or not. The bottom line is, I expected him not to behave that way because I expect him to strive to uphold his marriage vows and not put himself in untoward situations—and he expects the same of me. Temptation goes both ways, and as a married woman, I feel having this rule for myself is not only smart but necessary. And you know what? I TRUST him and he TRUSTS me. But we both know we are not perfect. And friends, I truly believe that it’s when you think that you or your marriage are bulletproof that you are most vulnerable to a hit.

Re the Mike Pence quote: Trying to imagine what my career would look like if I'd refused to dine solo with male editors & interview subjects

After reading the tweet above, I feel the need to again stress that I am talking about social meetings rather than business. If you MUST dine alone with a member of the opposite sex for business, do so wisely. Tell your spouse of your plans, tell a friend who will ask you the hard questions about feelings. We are ALL capable of keeping things strictly professional—of COURSE we are! But we are ALL also capable of NOT keeping things strictly professional, of allowing one interview to turn into two, of making excuses to see a person we have let ourselves develop feelings for that we shouldn’t have.

Friends, are we really MAD at Mike Pence for wanting to avoid being just another adulterous politician like Bill Clinton, John Edwards, and (at least BEFORE he was President) Donald Trump? REALLY? It offends us that he doesn’t want to be alone with other women because he values his marriage SO much? (Also, we weren’t allowed to judge Bill Clinton on his “personal life” when he was getting sexual favors IN HIS OFFICE while he was president from an intern but we can go APE over Pence saying 15 years ago that he won’t be alone with a woman who isn’t his wife? HUH!?!?!)

Being offended by that, my friends, is crazy talk. And just proof that if you’re on the right, you can’t do anything right. Even if you are doing EXACTLY what is right where your marriage is concerned.

As for me and my husband, we will continue to not be alone with members of the opposite sex who aren’t each other. Feel free to judge…we are definitely gaining MORE than we could ever miss out on.

Previous articleYou Can Go Now, Mommy
Next articleI Got 99 Reasons For Breaking Up With My Spanx and Being Skinny Ain’t One of Them