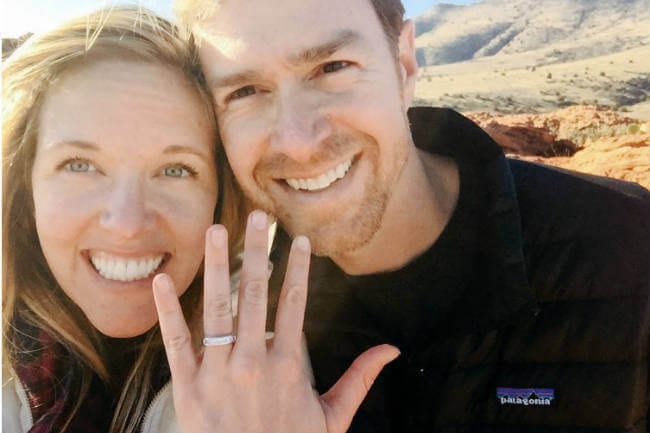 This Bride Planned Her 100-Guest Wedding In Just 5 Days—And No, She Wasn’t Pregnant

When Emily Hardman called a wedding planner and told her she had just gotten engaged and that the wedding was a mere 5 days away, she got back a “choking cough” and a “Is this a joke?”

But it wasn’t a joke, and after the wedding planner recovered her wits (with the bride throwing in a “And no, I’m not pregnant.” in there), Hardman had her wedding luncheon planned for 5 days hence— in just about an hour on the phone.

Why the rush? Well, as Hardman explained in an article she wrote for the New York Times, she and her now-husband, Rob Reading, had known each other for four years and had been dating for one. Because of their crazy work and travel schedules, it was either “get married in a week or in a year,” and because they “already knew we wanted to spend eternity together,” they opted for the 5-day plan.

And for what it’s worth, I think they got it EXACTLY right.

In a society where weddings are BIG, BIG business (I’m talking billions of dollars per year) and Pinterest boards overflow with the push for down-to-the-last-detail PERFECTION, Hardman and Reading were focused on what REALLY mattered: the marriage, not the wedding.

“I had become convinced that modern weddings had become way to burdensome,” Hardman told ABC News. “Starting at age seventeen, I started helping my friends and my siblings plan their weddings, and I just saw this stress that was going into the napkin colors … and I just thought nobody is going to notice the napkin colors, nobody is going to walk out with their bag of peanuts and be like, ‘Wow, I just feel so loved that you stayed up for three days tying a ribbon around these peanuts.'”

Hardman explains that the results of her super-short engagement were essentially the same as any wedding that had been planned for months: “Surprisingly, there were only a handful of close friends who couldn’t make it, the same rate as any wedding.” And? Like any wedding that had been labored over for the better part of a year, she and her fiancé were MARRIED at the end of the day—which in their minds, is what mattered most. She told ABC News that the two things that helped her decide what to include in her special day were “making people feel more loved at the wedding, and…strengthening the promises that you are making.”

So, she skipped on flowers, invited ALL her guests via text messages (and demanded RSVPs within hours), and had her mom make her a skirt to go with a lacy top she found for $10 to complete her wedding dress.

The result? Hardman and Reading got exactly the day they hoped for, for about $4,500. And they started their marriage out by focusing on their relationship, not their wedding. 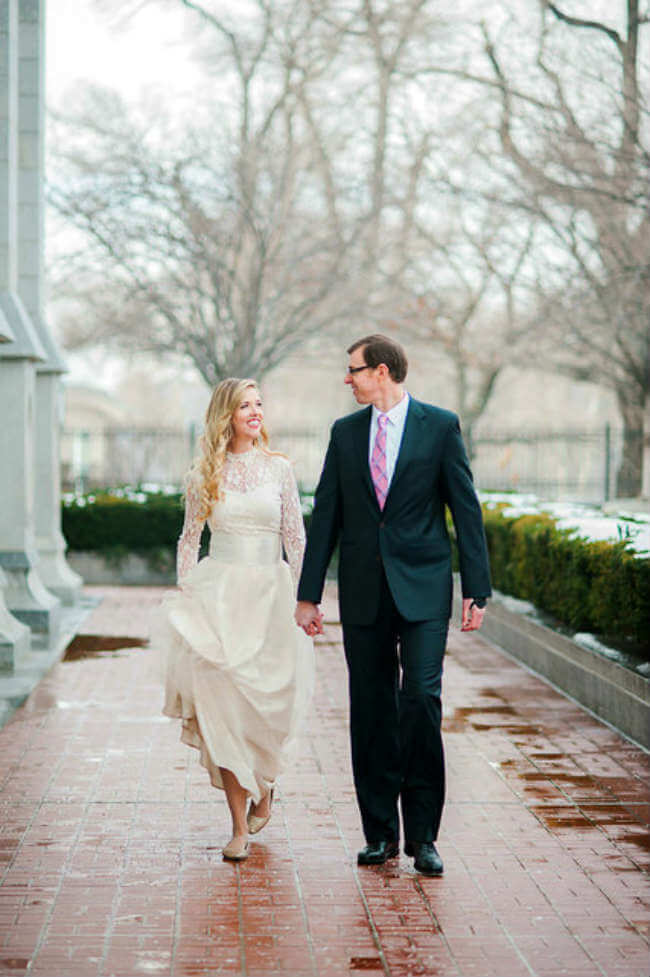 She says she told her story because in this world of the “quickie divorce,” she hopes it will make people think about what marriage really MEANS.

“My hope was that it would start a conversation, of questioning these things that happen in weddings,” she says. “I hoped that it would at least cause someone who is planning their wedding, to say, ‘Maybe I don’t need to spend $10,000 on the party favors.'”

For my part, I echo what Hardman said her mother’s response to her supersonic-speed wedding plans were: “Hallelujah! Hallelujah for putting the relationship above a wedding reception.”

What do you think?

Previous articleAfter 20 Years, I Don’t Want A Happy Marriage
Next articleI Don’t Think I Could Love an Adopted Child the Same Way I Love My Own