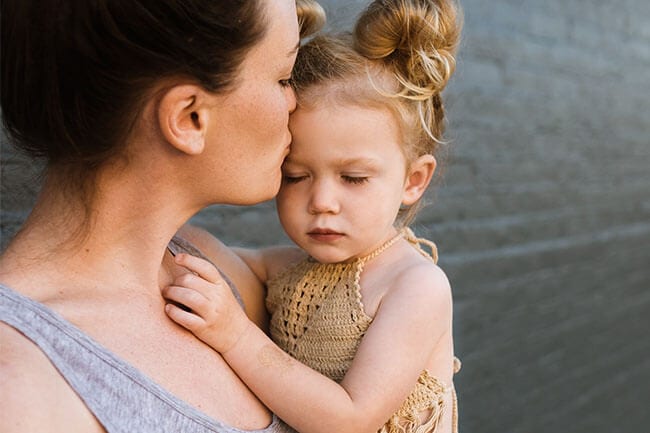 Don’t Think of Them As Regrets, Mama

Our youngest, Becca, sent me a text the other night, telling me she felt like the worst mother in the world because she had yelled at their three-year-old for spilling bubbles and not asking for help cleaning up the mess.  She’s currently six months pregnant with very active, heartburn-inducing twin boys, which tells you everything you need to know and then some.

The emoji which followed the rest of the story was crying, because Adler had gone into the back yard and picked her a handful of ‘pretty flowers’ because he was sorry for making her sad.

My next question to her was, “Did you take him up on the opportunity?”

Every parent has been there.  Sometimes we’re tired, sometimes we’re busy, short-tempered and just needing a break.  Regret is there, just waiting to rear its ugly head when we say or do what comes from frustration.  I can’t count the number of nights I went to bed sure that any woman would be a better mother to my kids than I was.

Interesting that now, from the perspective of many years, I can see regret for what it really is…an invitation for opportunity.  It’s a chance for hugs and understanding, for listening and learning, for moving forward instead of being mired in the moment.

We don’t have to accept the failure we feel with regret, believing that we’ve scarred our kids for life by our anger or frustration.  There is a positive inherent in opportunity…a way out of the hole that’s been dug, a way forward to new understanding.

A couple of years ago, as I purposely skirted the end of the snack aisle at the grocery store for the millionth time, I suddenly realized that it wasn’t my regret that was ridiculous, it was my paralysis when there was a very reasonable opportunity staring me in the face.  Literally.

I remember the time in our lives very vividly.  We had three kids in school and Becca was just a baby.  There was no school cafeteria, so I packed lunches that basically mirrored the lunches I’d made the day before, the weeks before, the months before.  Lots of peanut butter and jelly, potato chips and cookies. And then some classmate brought a snack size bag of chips in his lunch. Already prepackaged.  Not counted out equally so no one had more than a sibling, not sized so that each chip was the same size as the siblings’. And that’s all the kids wanted.  Brightly colored, perfectly counted bags of every favorite side snack possible.

But I dug in my heels.  They were too expensive, and the were the same thing I was putting into the little see through plastic bags all along.  No begging or cajoling was going to change my mind. I wasn’t falling for the marketing ploys other moms were falling for.  It just made sense.

For all those years I regretted the decision; as if that one denial was the culmination of every parental regret I’d ever had.  The opportunity was staring me in the face at the end of the snack aisle, and I seized the opportunity to forgive myself. Three boxes of 48 different chips/snacks/cookies, one for each of the three kids I’d cheated.  None of them looked at me with acknowledgment; they didn’t even remember the circumstances from so many years ago until I told them.

Previous articleNobody Listened To Me After A Traumatic Childbirth And It Could Have Cost Me My Life
Next article9 Things Kids Need From You (That’ll Make Them Thrive!)

Vicki Bahr
I am a wife of 47 years, Mom of four and soon to be Grandma of nine. Our youngest is expecting twin boys. I have always loved the magic of words; their look and sound and infinite combinations that can convey emotion and thought and possibilities galore. When our kids were growing up, I authored a human interest column for a local newspaper using everyday adventures as springboards. I'm honored to have been published in such varied magazines as Liguorian, Today's Christian Woman, Christian Living In The Mature Years and Entrepreneur, and have also contributed pieces on Her View From Home.