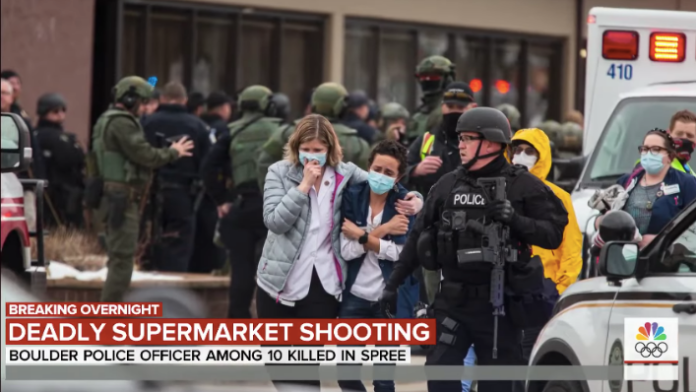 ‘I Felt God Compel Me to Go Back’: Colorado Shooting Witnesses Recall Helping Others to Safety

The nation is reeling this week after 10 people lost their lives in a mass shooting at a super market in Colorado on Monday. It marked the second mass shooting in the country in six days.

Logan Smith was working at a Starbucks kiosk inside of the King Soopers grocery store in Boulder on Monday afternoon when a customer ran into the super market alerting people that there was an active shooter in the parking lot. He heard the gunshots, called 911, then helped a coworker hide behind some trash cans before frantically trying to find a place to shield himself.

“I was just trying to find somewhere to protect me,” he said. “I ended up deciding to hide behind another trash can. It couldn’t really protect me. I was definitely in a life-threatening situation if the shooter came to the kiosk.”

When the alleged shooter, now identified as 21-year-old Ahmad Al Aliwi Alissa, entered the store, Smith watched two of his closest friends and coworkers die from the gunfire.

“Waking up this morning, processing everything, it’s definitely been hard,” Smith told Hoda Kotb on Today Tuesday. “It’s harder than it was yesterday just thinking about the friends that I lost. I’m still trying to reach one of my other friends who hasn’t responded back, so I don’t know their situation, but just taking everything in is hard.”

A set of newlyweds, Neven Sloan and his wife Quinlyn, were shopping inside the King Soopers on Monday afternoon when they first heard gunshots in the parking lot. Quinlyn says her mind didn’t immediately register that they were in danger. But as the sound of gunshots got closer, the couple realized it was serious.

Neven Sloan helped get his wife to safety outside before turning around and rushing back into the store to help others near the exit.

“I just felt God compel me to go back,” Neven said. “There was another guy that was sitting by the emergency exit. His name was Michael, he was really sweet and really brave. There were two older women that were trying to get out, I just wanted to go back and help them and help Michael get those two ladies out.”

“Once getting behind a building, I started crying because everyone in the crowd is running away and my husband of a month and a half is running toward it,” Quinlyn said. “That’s totally his heart and he just loves people in that way.”

Among those killed in Monday’s killing spree is 11-year veteran of the Boulder police force, 51-year-old Eric Talley. The father of seven was the first to arrive on scene after being dispatched following reports of gunfire. 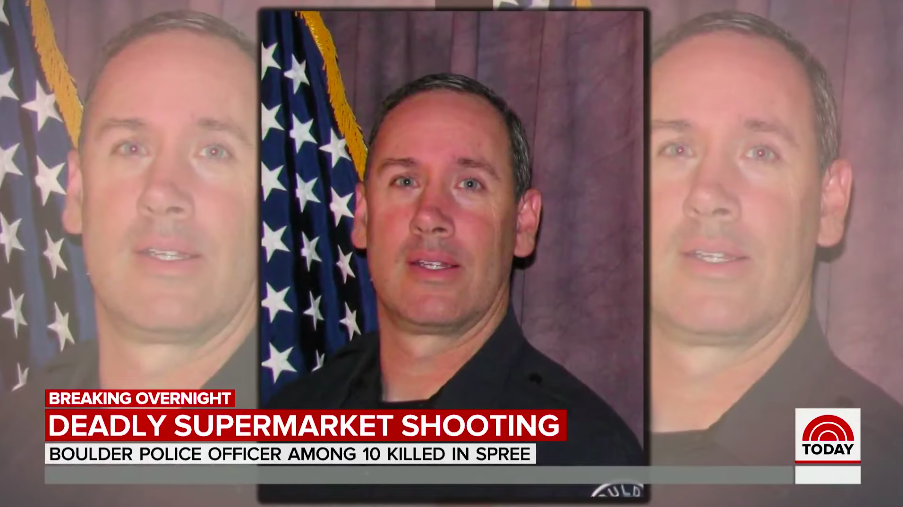 The suspected shooter is in police custody and has been charged with 10 counts of first-degree murder.

Previous articleEven Small Trees Can Bear Fruit: 5 Ways Kids Can Show Kindness
Next articleLooking For My Children — And Being Found By Them