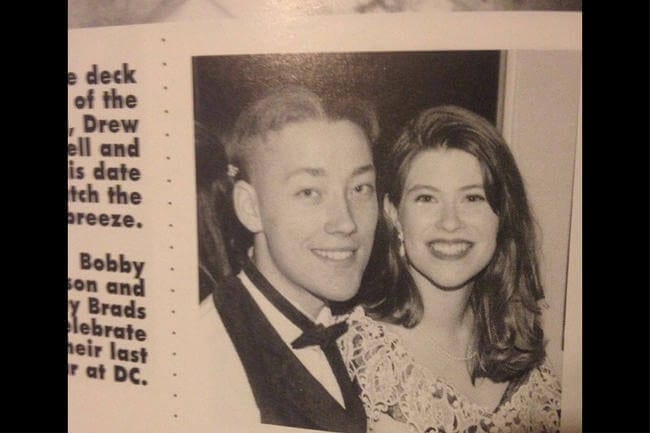 A Letter to My Children About My Epic High School Failure 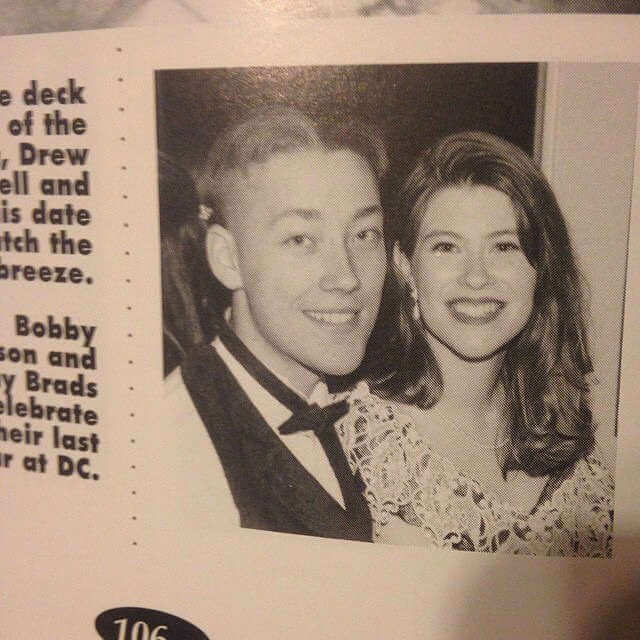 Recently my 9-year-old daughter and 12-year-old son have become enamored with cooking shows, so thanks to Netflix and Hulu we’ve been watching Chopped, Cupcake Wars, and Master Chef Junior. I’ve never watched these before, but we’re enjoying them, PLUS I’m learning a lot about weird food I’ll never cook.  But, as I’ve watched and bonded with my kids over these shows, I’ve noticed a phrase that the cooking competitors say over and over again. I’ve heard it many times before in all sorts of contexts, but since we’ve been binge-watching these cooking shows, my kids and I have heard these 5 words over and over again a lot recently:

“Failure is not an option.”

And I get it. These competitors came to win, not to mess around. Winning would mean a lot for them both financially and clout-wise for their businesses.

But. I don’t like my kids hearing “Failure is not an option” over and over again. Because the truth is, failure is always an option. It is an option that all of us will have to accept at some point in our lives, willingly or unwillingly. It is a fact of life that we all need to know how to handle so that we don’t fall apart when it becomes our reality (like many of the chefs on Chopped, mere moments after we’ve confidently declared that it is not an option). I’ve been thinking about that phrase often over the past few weeks, and finally, I have to say something about it. So, pardon me while I clear my throat and take a minute to speak to my children about failure.

Hey kiddos. I want to tell you a story about your mother. When I was a junior in high school, sweet 17, I was having a pretty great year. I know it’s hard to  imagine, but I was kind of fabulous! I was the lead in the school play and the school musical. I had a solo in the honors choir. My talents were lauded and I loved what I was doing. Soon I would be a senior. The best was yet to come. (Can you imagine me being young and cool? I was, I swear.) 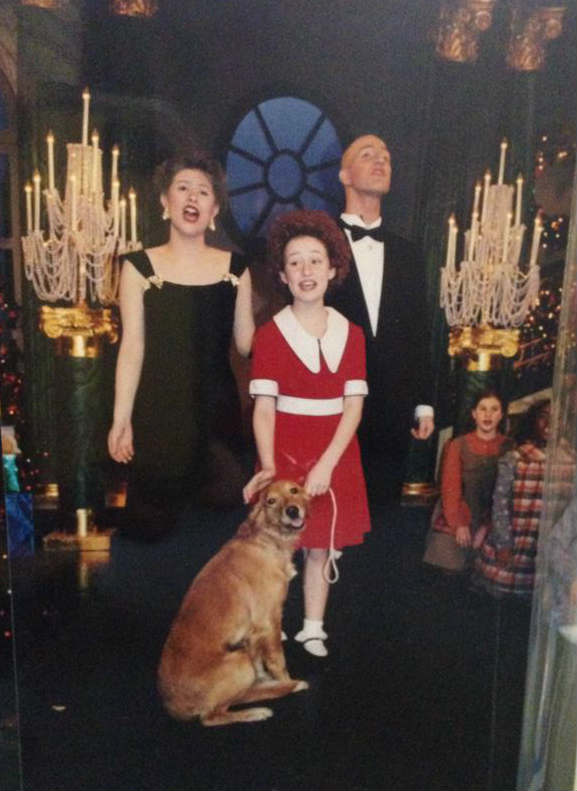 Your mother in her glory days. Don’t act like you’re not impressed!

At the beginning of my senior year, I approached the fall play auditions with full confidence in my abilities. I knew what part I wanted and I knew I would get it. My audition and my callback were great. There was no doubt in my mind I would succeed.

So, as all of us hopefuls gathered after school around the poster in the hallway where the cast list had been posted, I eagerly looked for my name. And I looked. And I looked, and I looked. Eagerness turned to disbelief. Then the tears came. People all around me were as shocked as I was. Looks of pity abounded. I ran away humiliated.

I cried all the way home and all night long. I remember my mom trying to comfort me but I don’t remember what she said. I just remember the humiliation and the hurt. It was my senior year! It was supposed to be my victory lap, and I was out before the race even started. Not only did I not get the part I wanted, and I didn’t get ANY part.

Somehow I moved on—I don’t really remember how. My 18-year-old ego was bruised but I managed to show my face at school despite my failure. My friends avoided the topic, and I tried to pretend it hadn’t happened. But it was there with me, every day. As the play approached, posters for ticket sales taunted me in the hallways.

Soon, however, I had something to distract me from my failure: an accident. In one of those “urban legend” type stories, one of my best friends—a boy—had a pretty bad accident at school in shop class. And after surgeries and a solid 3 weeks of missed school, not to mention trying to study on painkillers, he needed a tutor. I was in all 3 of the required graduation classes with him, and because of my failure to win my coveted spot in the school play, I had lots of free time on my hands. Soon I was spending most days after school helping him catch up on his senior year schoolwork.

Also, since he couldn’t drive due to his injury and medications, I started picking him up for school events and soccer games. We were spending a ton of time together, and eventually, about three months after my epic failure, we started dating.

You’re smart kids, so you’ve probably already figured out that that boy was your father. But what you didn’t know about me and your dad is that our getting together was in large part due to what at the time I considered a huge embarrassing failure. If I had gotten that part in the school play that I wanted SO badly, I would not have been available to help your dad catch up on all his school work and pass those classes he needed to graduate. I wouldn’t have become his driver, his companion, his girlfriend. Maybe God would’ve brought us together some other way, but…maybe not. After all, though I am so glad your dad and I chose each other, I don’t believe that there’s only ONE person in the world out there that you’re destined to marry. Maybe if I’d succeeded instead of failed at that school play audition, we would have remained “just friends.” Maybe I would have gone to college without a boyfriend and met some nice Christian guy there and married him instead. Maybe you kids wouldn’t be here. Maybe I would have missed a life that is so, so, so, much better than a lead role in a high school play.

Since then, I’ve failed many times over, my babies. I’ve failed at jobs, at friendships, and as you know, at countless mom moments. And that’s because, kiddos, failure is ALWAYS an option. But it’s not always a bad thing. It’s only bad if you don’t LEARN from it. In a failure you may feel pain, but you may also learn to empathize. You may be broken, but because you’re broken and desperate, you can experience the glory of being fully dependent on Christ. And you may fail at opportunities you reallyreallyreallyreallyreally want only to be available for ones you’d never dreamed of getting.

Kids, I don’t want you to be afraid of failure because I don’t want you to be afraid to TRY. I’m not looking for perfection from you, my dears, I am looking for effort. Try and care! Succeed and fail! Do it all for the Glory of God and let Him do what He wills with the results. I’m here for you no matter what. You’re loved and cherished and valued no matter what. And if you continue to give your lives to Christ, you really cannot go wrong in your failures or in your wins.

So, darlings, that’s about where I run out of wise words, but I’ll leave you with this:

“Many are the plans in the mind of a man,
but it is the purpose of the Lord that will stand”.—Proverbs 19:21

I love you guys. Now go out and try some stuff!