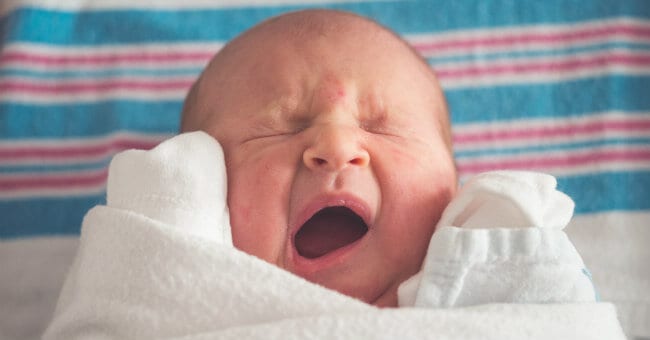 I Was Born Three Times

My birth certificate, the one with the Florida state seal pressed into its lower right-hand corner, states that I was born on December 14, 1982, but now I know differently. I might have breathed my first on that day, but my heart didn’t start beating until 5:32pm on October 9, 2007.

That’s the day my daughter, my first child, was born.

She came out pretty and pink and not making a sound. She was so quiet all I could ask the doctor was, “Is she breathing? Tell me she’s breathing!”

They placed her in my arms and she stared up at me with those dark, wide eyes and my heart started beating. She squinted and peered around, as if to take in this strange new world, and only then did my eyes truly see. It’s as though I stepped from a world of black and white into technicolor, and, just like that, my entire life turned upside down in the hardest and best way.

I thought I’d known love until I held her. Love was reborn.

I thought I’d felt fear until I brought him home for the first time. That was pure terror.

I thought I’d needed God before, and then I had children. There’s nothing like knowing you’re responsible for another human life to help you understand how little you’re capable of on your own.

There was a season when they were young, needy, when I spent my days banging my head against the wall. I had been born and I didn’t want to live. The love was overshadowed by exhaustion and all the touching and the crying and the loneliness that is motherhood. I was sure they’d never age, even by a day, because time was stuck in cement.

And now, just like that and in the blink of an eye, their childhood is disappearing like sand through my fingers. My oldest is halfway to freedom, and the others aren’t far behind. It’s gut-wrenching.

I celebrate my birthday three times each year, and I hug my favorite gifts each and every day. And I’m alive.

This article originally appeared at Feel Free to Laugh.

Jordan Baker Wattshttp://www.feelfreetolaugh.com/
Jordan Baker Watts is a wife, mother, worship leader, speaker, writer, and former Miss America. Ok, that last one's not true, but one time she watched it on TV. Jordan's heart is for sharing Jesus with those around her, whether through song, speaking, or the written word. She shares from a real, raw place and loves to encourage those around her to come honestly and comfortably before the Lord just as they are, not as they "should" be. She uses the medium of humor to engage her audience, and she loves to laugh! Her story is one of freedom from the lies of the enemy, and of triumph over bondage, all solely by the grace of a merciful and kind God. When she grows up she wants to run a marathon (but only if there are snack breaks along the way). Follow her blog at http://www.feelfreetolaugh.com.