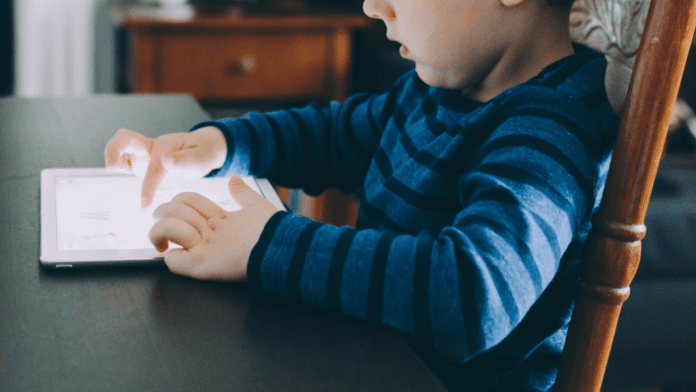 With the coronavirus pandemic causing prolonged lockdowns and an unprecedented shift to online learning, children are spending more time than ever online and on electronic devices. Aside from risks to mental health and social development, that trend also raises concerns about the possibility of cyber abuse and sexual exploitation.

This spring, UNICEF, the United Nations Children’s Fund, tweeted: “As we tackle #COVID19, many children’s worlds have shrunk to just their screens. This leaves them vulnerable to online sexual exploitation, grooming, violence, and bullying. Governments and the tech industry must step up to keep children safe.”

At the height of shutdowns throughout America in April, the National Center for Missing & Exploited Children received an estimated 4 million cyber abuse reports, a fourfold increase from April 2019. Now that many schools are operating online for the fall and more parents are turning to remote or hybrid learning, vigilance remains essential to thwart sexual predators, say security experts.

Abusers Are Taking Advantage of the Pandemic

As children’s lives shifted from in-person to online, child abusers “have found a tempting opportunity to access a broader group of potential victims,” reports Europol, the European Union’s law enforcement agency. “The COVID-19 crisis has resulted in a surge in online distribution of child sexual abuse material, which was already at high levels prior to the pandemic,” says Europol Executive Director Catherine De Bolle. “The harm resulting from being a victim of this crime is severe, and every time a picture or video is shared, this results in repeat victimization. The impact of this crime area can hardly be overstated, and an effective response is of utmost importance.”

The sharing of exploitative material has risen globally, according to Europol, which cites livestreaming, webcams, and peer-to-peer networks as factors in criminal activity among the vulnerable youth population. Other experts warn that child predators have been showing up on homework and tutoring sites, social media platforms, and dating sites for teenagers.

Gurbir Grewal, New Jersey’s state attorney general, says apps and video games have increasingly become “prime hunting ground” for sexual predators. Officials in that state began a sting operation to catch online predators in March, as COVD-19 took hold, which Grewal calls “no coincidence.” During a five-month period from March to July 2020, a New Jersey internet crimes task force received 3,600 tips, a threefold increase from the same period last year. A jump also occurred in 7- to 9-year-olds who are “creating sexually explicit videos after being groomed by online predators.”

Although livestreaming sites such as Zoom have made efforts to increase security features, the phenomenon known as Zomb-bombing continues to occur, with intruders hijacking the screen and often sharing inappropriate messages with viewers.

Why Vigilance Is Key

Though some parents prefer to respect their kids’ privacy and believe they’ll make good decisions, experts say moms and dads have a responsibility to stay alert. Kent Eastwood, a county prosecutor in Indiana, says, “We trust our children to do the right thing, but we also verify that they do it. We [monitor] in a way where they don’t feel like they’re necessarily in trouble.”

Parents, says Eastwood, have “the right and duty to look” at what their kids are doing online, including checking to see what apps they have downloaded. Educating kids is also essential, he says, because parents can’t constantly oversee and observe children’s online use.

Chris Hadnagy, a cyber-security expert who founded the nonprofit Innocent Lives Foundation, says just as parents wouldn’t hand an untrained teenager the keys to a car, they shouldn’t hand kids devices and let them install programs without offering instruction. He recommends asking your child for a step-by-step tutorial on how to use and interact through various social media platforms. He also recommends having age-appropriate conversations and installing monitoring software in a transparent way.

“I showed [my daughter] the app I was going to use” for monitoring,” Hadnagy tells wthr.com. “I let her see me install it. I let her watch me put it on her phone. We did all of that together. Is she happy about it? No. Does she still hate it? Yes, 100 percent, but it was important for me to do that in a way that she knew I wasn’t sneaking, and I wasn’t trying to covertly watch what she was doing.”

Parents need to know who their children are befriending, both in-person and online. If kids become withdrawn or depressed, spend more time than usual on screens, try to hide their online activity, or receive strange gifts (especially devices), experts say parents should intervene.

Other safety tips include banning computers and smart phones from bedrooms, adjusting security settings on devices, sharing photos and videos with caution, and warning kids against revealing personal data online—even through a screen name that can contain hints such as one’s birth year. Experts recommend that parents set good examples in their use of devices and social media, while encouraging children to alert them to anything that makes them feel uncomfortable online.

With many school and church buildings shuttered during the pandemic, concerns also have been raised that child abuse is going underreported. Ministry leaders should stay vigilant about potentially dangerous situations, even when conducting programs virtually. Because any significant change in behavior could be a sign that a child is in danger, regular, strategic check-ins are helpful—especially during a time of social isolation.

Former child abuse prosecutor Victor Vieth advises churches to adapt their child-protection policies for a virtual environment. When holding a Zoom meeting with children, for example, two adults should always be present. If that’s not possible, every streaming session should be recorded and later reviewed by another adult leader. Adults should always be appropriately clothed for online meetings, copy another adult on any messages with kids, and avoid communicating with children during the night.

Megan Briggs
Megan Briggs is a content editor and passionate follower of Christ. Two things – she believes – that should be linked together more often. Her experience in ministry to youth and parents as well as the extensive amount of time she’s spent in ministry overseas gives her a unique perspective on the global church. Megan is passionate about spreading the gospel and equipping the church for holiness. When she’s not writing or proofreading, Megan likes to run.