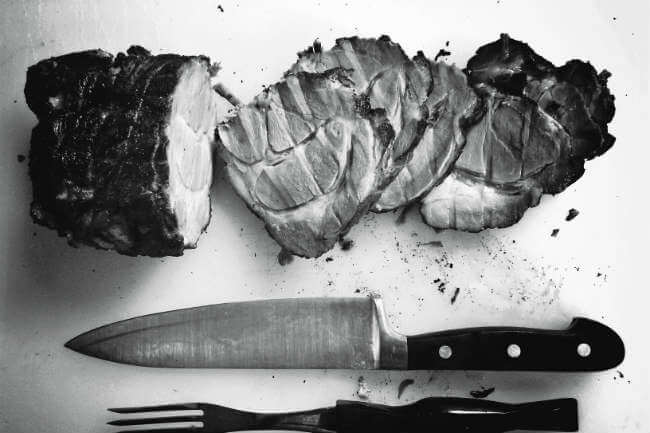 Eulogy For a Roast That Should Have Been Our Dinner 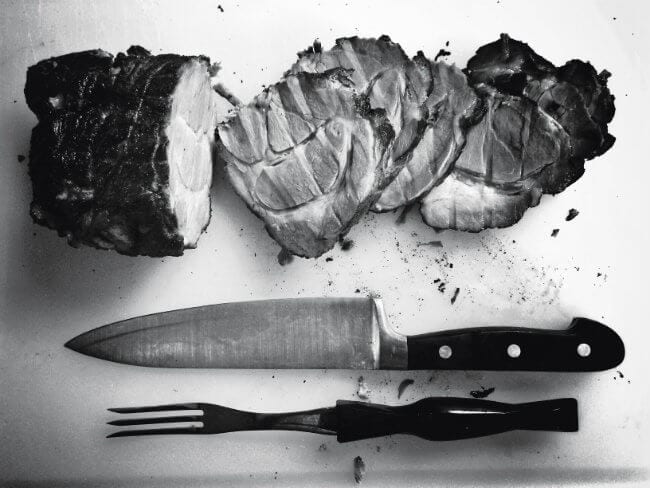 Some seasons in life are just hard, you know.

I was feeling so low. My soul had been bruised again and again over the last few weeks and that day had yielded yet another wound. I was so done. So tired of being sad and  tired.

On my way home, I was thankful I had asked my oldest son to start supper in the crock pot earlier that day. When I walked into the house, the savory smells of comfort food greeted me.

Thank You, Jesus, for supper and for the crock pots that cook it. Amen.

As I lifted the lid to start shredding the meat, the baby carrots and tiny potatoes smiled up at me. “Your day stunk. We’re here for you, ” they said.  (Note: the vegetables did not actually speak.  I was sad, but not psychotic.)  But as I started to pull the perfectly-cooked meat apart, something odd caught my fork. I fished around and pulled up a bizarre, foreign blob of some sort. It looked like a soggy ball of melted plastic. What on earth?

Turns out it was the absorbent liner that comes with packaged meat. My son hadn’t noticed it as he prepared the roast and into the crock pot it went. A quick Google search confirmed that the roast and vegetables were now inedible since the liner had been damaged and broken during its 8-hour swim.

As I stood looking down at the ruined dinner, tired and disappointed, I knew I had a choice to make.

Philippians 2:5 says that we are to have the same attitude that Jesus has. (Well, that is specific, God. Thank You for that.)

Pretty sure Jesus wouldn’t lose his marbles over a ruined roast. He would undoubtedly show grace instead.

I called my son to the kitchen to show him what had happened and he was, of course,  mortified.

I told him that the good news was that he probably wouldn’t make the same mistake twice.

The bad news was that he was going to have to write a eulogy for the roast. I had decided that we would be having a special service for the roast after Dad came home, then we would throw it out. (Note: this is not the norm in the Collier home. Sometimes we need a little humor with our grace, though, right?!)

“What? Are you serious?” (Teenagers…so cute.)

Oh, yes. When it comes to humor, I’m always serious.

So, off to his room he went, a little confused but sure of his assignment.

After David came home, our little family of four gathered in the kitchen, each holding onto the garbage bag that contained the doomed roast.  Even our dogs came to sit in our circle…most likely because they hoped we’d drop the bag, but still…

Henry cleared his throat and read:

“Today we honor the memory of the Roast of 2017. It was a good roast. It smelled excellent as it was cooking throughout the day. It will be well remembered by me, Ethan, and the crock pot for the wonderful aroma it provided for its short life. It was gone too soon, and I’m sure it’s looking down on us from roast heaven.”

Ethan, our youngest son, had a hard time keeping it together (laughter, not tears), probably because I kept interjecting impassioned phrases like, “Fix it, Jesus!” and “We’ll never forget you, roast!”

And with that, we threw out the roast and ordered a pizza, because life is short and pizza is good.

This article originally appeared at Shadesofmercyandgrace.com.

Tracie Collier
Tracie is a truth-seeking book-a-holic who loves looking for evidence of God's mercy and grace in the midst of everyday life. Married to the kindest man on the planet and mother to two teenage boys, Tracie makes her home in Huntsville, Alabama. You can follow her on her blog, shadesofmercyandgrace.com, and on Instagram.