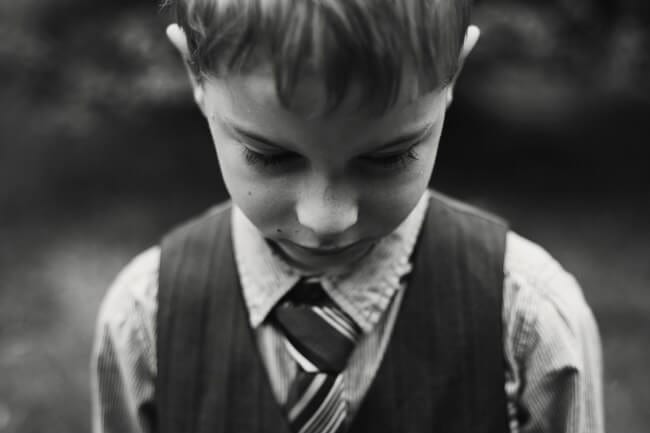 Sawyer is nine years old. He has often seemed to have a sensitivity to the Holy Spirit’s promptings. He was baptized last year, and he is so keenly aware of his own sinful tendencies that he has on occasion been completely broken up about them. He once told me that as he ran laps around the gym as part of his P.E. class, he spent the time in prayer, asking God to forgive him of his many sins. This, coming from one of the nicest people I’ve ever met.

Even though I know that Sawyer has a tender heart toward the things of God, even though I know that he has asked some deep questions, has felt deep repentance, has mourned deeply over his sin problem, I recently almost completely missed what I believe must have been a work of the Holy Spirit in his life.

We aren’t the cool parents who buy their kids presents throughout the year. For the most part, they know that Christmas and birthdays are their two shots at getting any bigger items that they have their eye on. Sawyer’s birthday was in January, and thanks to extremely sweet and generous friends, he wound up with fifty dollars in cash for his ninth birthday. He has almost never had an amount of money like that, so I was excited for him. I pictured how much fun he would have going to Toys r Us and picking out a good-sized treat. What kid wouldn’t love to go and blow fifty bucks on himself?

He was pleased by his new fortune, but he didn’t seem to be in any rush to spend it. He asked me to stash it someplace until he decided what he wanted to buy with it. Then, one Wednesday after school, he mentioned to Chad and me that he wanted to give his fifty dollars to the offering at our Wednesday night children’s program. I immediately started trying to talk him out of it. I told him he didn’t have to give his money to the offering. I told him that he could maybe give 10% of it. I was trying my hardest to hang on to that money for him, as if there is such a thing as being too generous. Or too fanatical. Or too excited about giving back to God what He blessed you with. Or too cheerful in your giving. Obviously, I was not thinking of his fifty dollars in spiritual terms.

So, he dropped the idea. And, he still didn’t spend his money. I asked him if there’s anything that he’s been wanting, and he couldn’t think of one. single. thing.

Weeks passed. A pastor from Africa came to visit our church. He spent an hour speaking to us with his heavy accent, showing us pictures of the children’s school that he runs. Of the 385 children that he helps take care of. Of the 85 kids who live at the school who were orphaned by their parents who died of HIV/AIDS. Sawyer watched as the pastor showed pictures of kids who were getting a mattress and a pillow and a blanket for the first time in their lives. He heard about how this pastor took a huge leap of faith in taking in his first eight orphans, about how by the time he had taken in seven more, he could no longer afford the rent, and they were evicted from their home. He saw pictures of the dirt floors of the kids’ school. Of the wooden desks that they are gradually buying, one per month, so that the kids can sit down to do their work.

When the presentation was over, Sawyer walked straight across the room and looked up at me. I want to give my fifty dollars to him, he said. And, finally, finally, it hit me like a bolt out of the blue. Of course. The Holy Spirit is prompting Sawyer to give his money away. I had missed it for more than a month.

Chad and I decided in January that we were going to try to be more open to really seeing where the Holy Spirit is working. Since then, we have been completely wowed by the ways that God works. We have looked at each other in amazement as God granted us the stopping power we had been lacking: stopping to acknowledge where He is working, what He is doing. He is granting us the gift of not missing it. I don’t know if I ever would have realized that the Holy Spirit was speaking to my little boy if it hadn’t been for the desire God birthed in our own hearts to see more clearly what He is doing. And, even when I was being intentional about it, it took me a long time to realize what was happening with Sawyer and his birthday money.

I wonder why I didn’t see it sooner? Maybe because we don’t expect God to do big things in our kids’ hearts. We want them to love Him, and we want Him to love them. But, do we wait and watch with great anticipation, wondering all the time what great mountain-moving feat God will do in our little ones’ hearts? Do we expect much out of our children, spiritually, or do we just shoot for obedience and figure that interaction with the Holy Spirit will come later? I don’t know. But, the more Chad and I pray for God to open our eyes to His work, the more I see. I am 100% convinced that His Spirit is actively engaged with our kids and doing all kinds of work, whether we stop to acknowledge it or not. And, I am so grateful.

Sawyer and Emerald talked before bed that night. He was explaining to her why he wanted to give his money to the kids in Africa that he had seen in the pastor’s presentation. We have everything we want and need, he told her, and those kids don’t have anything. Emerald’s eyes widened at the thought of having nothing, and she nodded solemnly.  He dug an envelope out of a desk drawer and put $53 inside. On the outside, he wrote in careful cursive, explaining in a note that he didn’t capitalize Pastor because he hasn’t yet learned how to write capital P’s at school.

At church the next morning, Sawyer presented the envelope, and the pastor led him to a table covered in pictures of little children from the home in Africa. He told Sawyer to choose one to give his money to. Sawyer chose a nine year old boy who likes to play soccer. He wants to be a doctor. He sings in the school choir. His smiling face graces our refrigerator, and each time I walk by it I’m reminded that there are some things about the Holy Spirit’s mysterious ways that we can see and understand. Like the gift of compassion. Of generosity. Like the way He can direct the desires of a tender heart so that God can take a nine year old Texas boy’s birthday money and feed a nine year old Ugandan boy for a month with it. 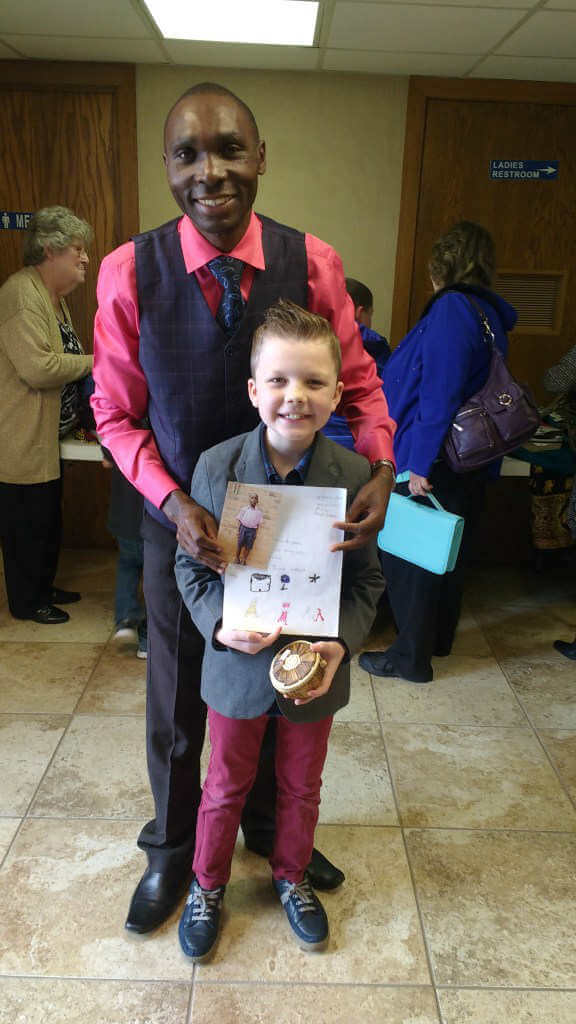 We stood in the kitchen and cried, Chad and I, when we realized that God was giving us an up close and personal view of the Spirit’s work right here in our house, within the heart of our freckle-faced middle child. I don’t want to miss it. God is working, right here, right now.

When Chad explained to the dear African pastor what had transpired in the past month with Sawyer’s birthday money, the pastor was moved. Oh! he said of Sawyer, while he raised his hands in praise, He has touched the heart of God!

I believe he’s right. And, I want to live in a state of expectation, just waiting eagerly to see what else the Spirit will do. Here in our house. Here in our town. Here in our world. Here in the hearts of my children. He is working.