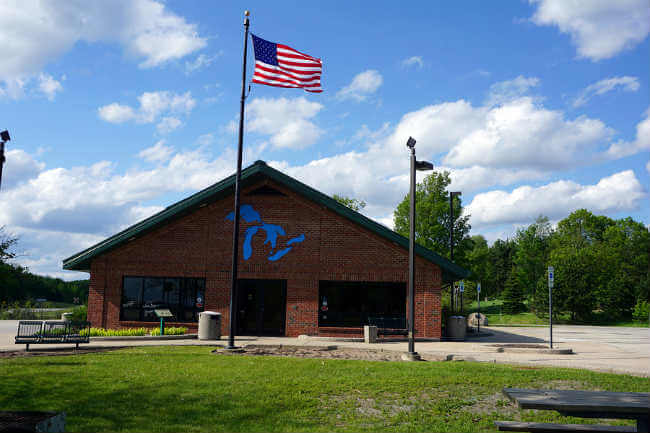 I’ll be honest, when traveling, I rarely take a break at a state-run rest stop. I mean, I will if there’s no other option, but these unstaffed rest areas kind of just creep me out for some reason. Maybe because there’s no one “in charge,” so to speak…they almost seem lawless. Or, it could have something to do with the fact that I have anxiety and I’m always imagining the WORST possible scenario. That certainly does not help my rest stop avoidance.

Another thing that doesn’t help? My memory of my dad telling me that he was sure he was almost mugged at a rest stop once in the 1970s while traveling. He was in a stall at one with my older brother, who was just three or four years old at the time (before I was born), when he heard two men talking and one say, “No, not that one. He’s got a kid with him.” As I recall, he waited in the stall until he thought it was safe, and then lit out of there like a bat out of hell, carrying my brother and holding on tight.

I was reminded of my Dad’s experience when I read a viral post on Facebook this week by a mom who had a very scary rest stop experience with her young daughter. She is, in fact, quite sure her daughter was in danger of abduction from the rest stop.

Mom Abby Sue posted about the experience she and her daughter had while driving home from Cincinnati, Ohio to Indiana. She says:

“PSA: so we are driving home from Cincinnati and got off at a rest stop for a quick bathroom break. Just my daughter and I went inside (i didn’t have my phone or purse on me). As we were walking in some lady who appeared to be on something, was trying to talk to my daughter, I held her hand the entire way in and walked swiftly ahead. As the lady was trying to talk to us she was also lighting a cigarette which she immediately extinguished upon us entering building. We went to far end handicap stall and went in together. I heard the lady enter and she was talking to another lady about us heard her say “the little girl”, I told my daughter we weren’t washing hands and I was going to carry her out. As we leave I passed both women and the one that I originally saw had changed clothes and started to leave after us leaving her bag on the floor of the stall she was in. The other lady with her was probably 6’. I then made a dead sprint to the car, threw my daughter in and locked doors. Once we were safely in car I noticed 3 men standing in front of a gold minivan with all the doors open…We called 911 and reported it and I have this terrible feeling that had I not been aware of my surroundings my daughter may have been taken from me. It is a terrifying world we are living in

this …
😞 I wanted to share to try to remind everyone to be aware of your surroundings, hold on to your children and stay off your phones so you are not distracted!!!

Thankfully, Abby was hyper-aware and got herself and her daughter out of that situation safely. Since she posted about her experience at the rest stop in early June, her post has been shared over 83,000 times! Now, is this going to happen to you? Probably not. However, it’s ALWAYS wise to keep your guard up at places like this, especially when there’s  no staff or authority nearby to go to for help.

While I don’t know if traditional rest stops are included in this, an article from the Texas Standard says that truck stops are a popular place for sex traffickers to find victims and also find clients who want to use their victims. ALWAYS be very careful when you stop at one of these rest stops, especially if traveling alone or with children.

Like Abby says, be super aware at any rest stop. Don’t be on your phone, have a tight grip on your kids, and get in your car and lock the doors as soon as you can if you suspect anything weird is going on! Stay safe, friends! 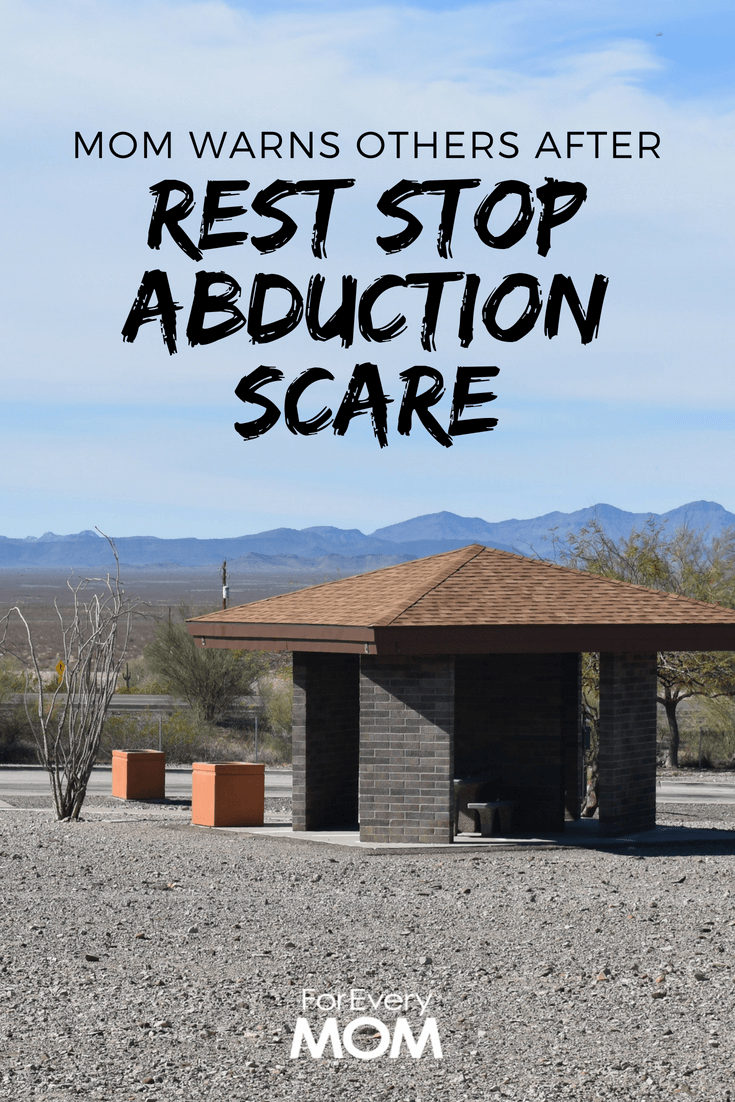 Previous articleParents, It’s Time to Fight InstaPorn on Instagram. NOW.
Next articleDear Daughter Headed Off to College: Don’t Let the World Pass You By