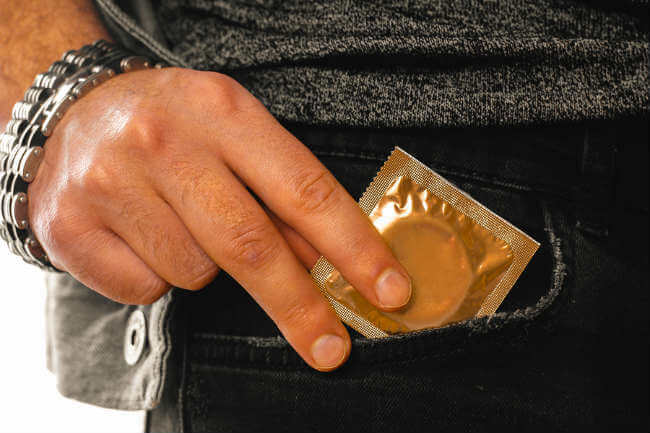 Condom Challenge: Tide Pods Are Out, Now Your Teens Are Literally Snorting CONDOMS

Just when you thought keeping your teen or tween from eating a super-poisonous TIDE POD for social media likes was going to be the biggest parenting hurdle you might face today, those crazy kids have come up with something new: the condom challenge. Looks like America’s youth are putting all those free condoms they’re picking up at school and Planned Parenthood to good use, by literally shoving an entire condom up their noses to become triumphant at the condom challenge.

HUH? Really, if you’ve NEVER believed any of my article that says social media is bad for impulsive teens and tweens who cannot fully understand the consequences of their actions, NOW IS THE TIME TO GET ON BOARD.

Because the condom challenge is this, according to USA TODAY:

Kids are making videos on YouTube and other social media platforms, in the attempt to go viral.

“In the videos, teens put an unwrapped condom up one of their nostrils and inhale until the condom comes out of their mouth. Like other viral challenges, the condom snorting challenge has been around for years but recently reemerged on social media.”

After reading that description, I find that I don’t have the eloquent, non-expletive laced words to describe my bewilderment. So I’ll just say, “WHAT THE???” and let you decide what comes next.

“Because these days our teens are doing everything for likes, views, and subscribers,” Enriquez said. “As graphic as it is, we have to show parents because teens are going online looking for challenges and recreating them.”

Apparently, word on the street among teens is that the condom challenge is totes harmless, but shockingly, this is actually not true. I mean, “don’t stick things up your nose because your nose is really close to your brain” SHOULD be common knowledge among even grade-school children, but the impulsiveness that comes with teenagerhood also comes with a feeling of invincibility and immortality which is as dangerous as these “Challenges” themselves. As I’ve stated again and again, our teens frontal lobes aren’t fully formed yet and they truly have a hard time understanding the consequences of some of their impulsive decisions.

Dr. Bruce Y. Lee, associate professor of International Health at the Johns Hopkins Bloomberg School of Public Health said recently in a column in Forbes that (shockingly!) inhaling a condom whether purposefully or accidentally, is dangerous. Not only could it “damage the sensitive inner lining of your nose, cause an allergic reaction, or result in an infection,” but the condom could ALSO potentially get stuck in your nasal cavity or throat and cause you to CHOKE AND DIE.

Previous articleHer Debit Card Was Denied Again and Again, and I Couldn’t Forget About It
Next articleHow to Deal With a Perfectionist Spouse