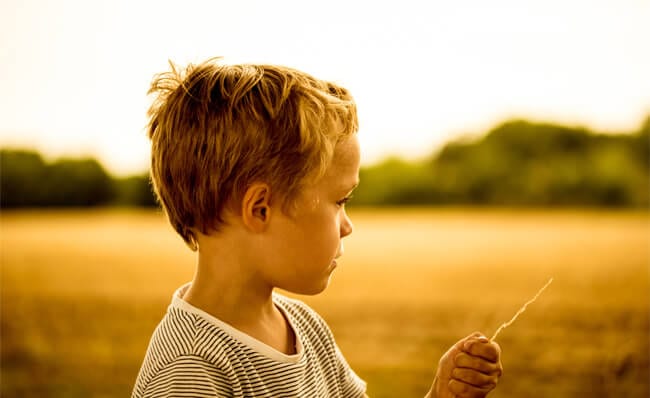 27 Effective Consequences To Use With Your Kids and Teens 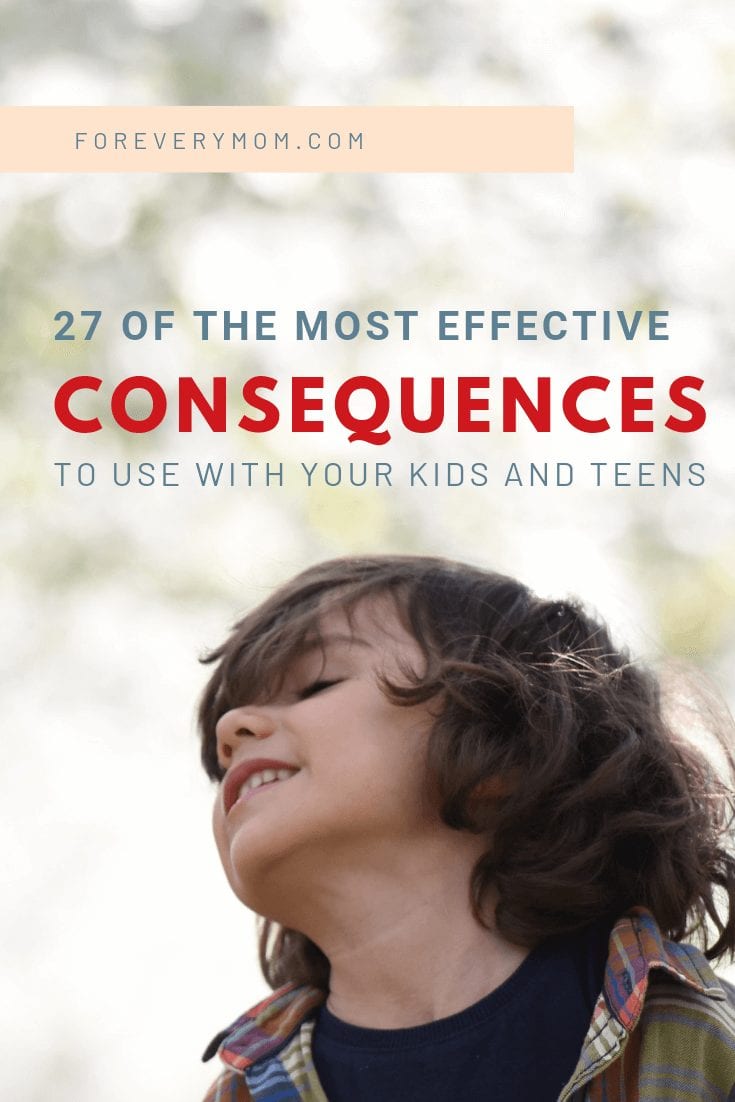 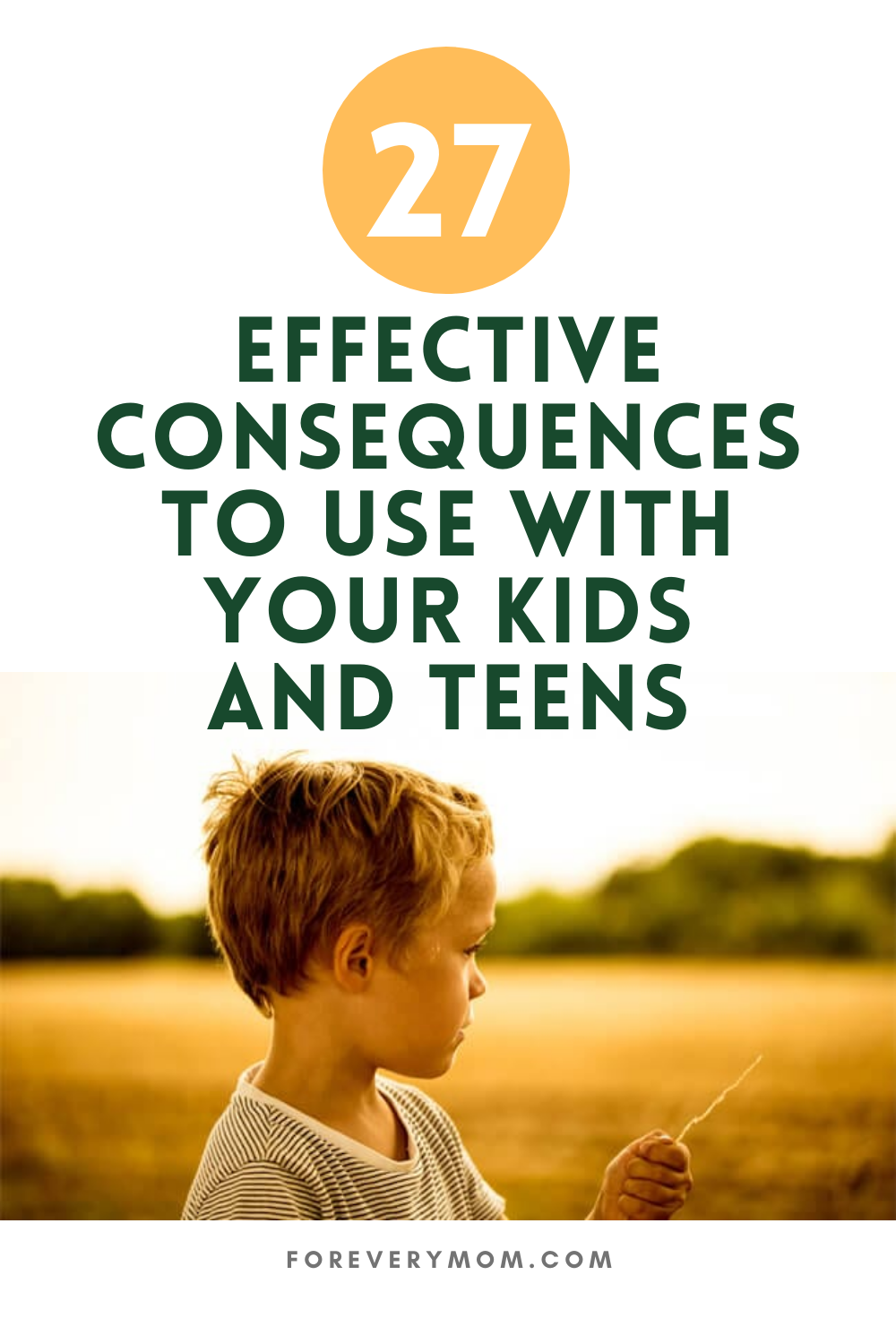 “When will you learn, that your actions have consequences?!”

Sometimes, anger can get the best of us — it happens to everyone. Correcting negative behavior by providing consequences can be hard and it has the opportunity to take a toll on us emotionally, physically, and mentally.

Learning how to effectively change the bad behavior is crucial, and it takes time to learn what consequences work best for your family. Whether your kid is lying, hitting, throwing temper tantrums, using manipulation, gossiping, not listening, being disrespectful, being out of control, or any other behavior that is not acceptable, you will find solutions here.

Here is a list of 27 examples of fail-proof consequences to use:

“You did a really good job cleaning up your toys” or, “You were so good when we went out today.” This helps the child to learn what was right about what they did, hopefully reinforcing the positive behavior.

In young children, a lot of misguided behavior is due to lack of attention. Spending time with your child in a positive environment (the park, coloring together) can help to solidify your child’s belief that you are available, leading to less deviant behavior later on.

If your child is crying in order to get his or her way, simply ignore the child while the tantrum persists in order to show that crying will not work to achieve a goal.

If a certain number of golden stars (or any reward system) are obtained (can be attained through chores or completion of homework), take your child out to ice cream or out to lunch, rewarding them for their hard work.

Instead of time-outs where the child is neglected and sent to a corner, time-ins suggest that the parent is willing to talk through what just happened, offering emotional support. This helps build a stronger connection between parent and child later on.

A simple, yet overlooked, consequence for younger children is changing the tone of voice. Children are sensitive to tone, so changing up the tone can help to get the point across without mixing up the message.

While you may not be directly punishing your child, letting him or her experience the consequence of their actions fully is important. If your child forgets a piece of homework at school, let your child receive a zero. If this is avoided and you run to their aid, the child will believe help is readily available at the slightest inconvenience.

If a child refuses to behave, remove something they enjoy. For instance, if your child does not do his or her chores, take away their electronic devices. Taking away something they find enjoyable will eventually lead to first-time obedience.

Using if-then statements and consequences will teach the child that there are consequences for disobedient behavior. An example is “If you do not put on pants, then we will not go to the park.”

While this is not a typical consequence, it is still effective. Offering alternatives puts a different idea in the child’s head, forcing them to forget (even slightly) about their original action. For instance, if a child tries to eat another ice cream sandwich, say “Hey you have had one already today. How about you eat one tomorrow and try a different snack instead?”

If your child has an issue with devoting too much time towards electronics instead of homework or chores, take the computer privileges away for a certain period. In other words, take away the item that is taking up too much of their time.

When I was younger, my brother and I would fight constantly. In the process of fighting, we would often say really mean things. In order to resolve our issue and to focus on the positives, we would be required to say 10 things we liked about the other person. At times, this would be difficult trying to think of 10 things. Looking back, it made me appreciate my brother a lot more.

This is not as harsh as it seems. Paired with the last idea, my father would have my brother and I sit next to each other on the couch. Instead of being able to sit on opposite ends of the couch, we would have to share a seat cushion. Sitting there for 10-20 minutes right next to each other, attempting to stay angry would be difficult. By the end of the time we were required to sit, we would end up laughing or talking about things.

If a child misbehaves, it could be due to lack of sleep. It’s perfectly fine to send them to bed earlier. In opposition, if they are behaving great, pushing back their bedtime is super fun for them.

I had a friend that said when he was younger, his mom would have him up against a wall for over 10 minutes. Not sitting on a stool, just facing the wall. Standing, for 10 minutes, with his nose touching the wall. He said he hated this consequence and it taught him to not misbehave or he would be forced to stand for a period of time.

Young kids have a lot of energy when they want to have fun. A friend explained that when he was younger, he would be required to do push-ups for [two] minutes. While he did have energy, it became tiring, eventually winding him out.

19. Sitting with a Parent

When out (at a park or dinner) and the child is misbehaving or being disruptive to other children, have them take a time-out and sit with a parent. This time together can be silent and reflective or talking through what events took place and how it led to sitting here. When children are taken out of fun, they know what not to do for next time so they can continue to maximize their play time.

When growing up, our influence shifts from family to peers and friends. More than likely, teenagers will want to be around their friends more often than before. If you notice a change in their behavior or they defy you, it is ok to ground them and make them take a break from their influences.

Just like the earlier bedtime for younger children, restrict the curfew. If a teen is being defiant, slowly decrease the amount of time they can spend outside of the house.

At this age, teenagers want to feel independent and free. In the case that they misbehave, it is important to show that they cannot handle the freedom already previously given. One way to do this is to restrict car use.

Teenagers can sometimes question authority. If it gets to this stage, taking away privileges shows that the parent is still in charge. Giving them the responsibility to do what is right can help them to earn their privileges back. Additionally, more jobs or responsibilities can be given.

Allowances are a great way to introduce financial responsibility. However, if a teen is being disobedient, decrease the initial amount, or supply more jobs in order to earn the allowance.

26. Set the Consequences Together

When the teenager has some sort of input about what consequence they think is fair, they will be more likely to avoid it. For instance, when I was younger, I was addicted to my cell phone but had a messy room. My mother would ask me what consequence I thought was fair if I did not clean my room by the end of the night. I had a fair say in what my punishment was, and I was determined to clean my room in order to not lose my phone privileges.

Set aside a time for you and your teen to talk about an action plan. If you set a plan on when they can earn back privileges and daily goals to reach, they are far more likely to cooperate. If they know the end of the consequence is in sight and they can do something to influence when they get their privileges back, they will more likely to do what is asked or expected of them. Make a plan together.

We cannot expect to see perfection the first time around disciplining your children, or even the next few times around. We are here to guide our children to learn new skills, which will take time, just be patient and consistent. Remember through all the hair-pulling and screaming that putting in effort to correct the child’s misbehavior with consequences will lead to success later on as adults.

Previous articleStop it, Mama, and Just Breathe
Next articleAfter My Husband’s Suicide, Robin Williams Comforted Me in the Airport

Haley Foster
Haley Foster is a thrill-seeking, nature-addict, Jesus-loving weirdo. Haley roots for the underdog, loves eating tacos, and spending her time with those around her.