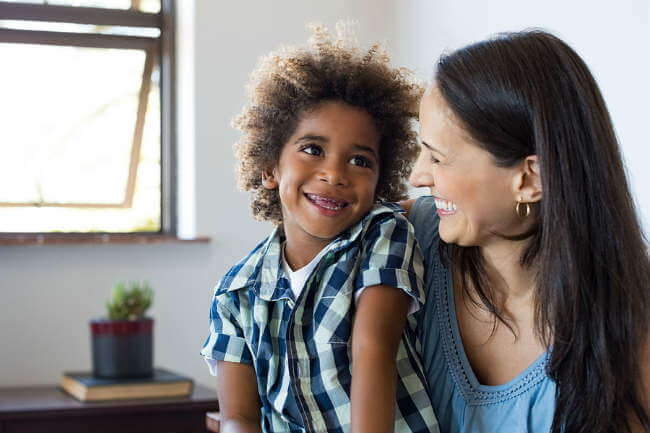 An Unlikely Journey to Motherhood

Hello! My name is Beth Hester. I have recently decided to join MOPS because it seems like the next step in my journey…. a journey that has been full of laughter, heartache, insecurities but mostly full of God.

My journey includes growing up in a home full of abuse and dysfunction. The journey includes the news of not being able to have children of my own and the ending of a 20-year marriage. However, my journey also includes a testimony of the Blessings of God that saw me through each step of my journey.

Even though some of us don’t get the pleasure of giving the gift of life through our bodies…. God makes a way of giving life through the gift of our heart. You see, I’m a 48-year-old mom of 7 boys ages 10-16. In my late 30’s I went through a loss of job and a separation from my husband. It was during that time that I became a foster parent.

During the time I was fostering, one of my foster sons became terribly depressed. After talking with him, I found out that it was due to him missing his brothers. He was the oldest of 5 and had been looking after his siblings when he was removed from his home at the age of 7. It was during that time that God put it on my heart to try and reunite them. There were 4 brothers in 3 other foster homes. It took us 2 years, but they were finally able to reunite again.

On November 22, 2013, we became an “official” family through the process of adoption. That was one of the scariest, humblest and joyous moments of my life. Here I was….43 years old and now a single mom of 5 boys with four that have special needs. Trust me when I say, it was ALL GOD! You see, once you adopt the support leaves and the financial part changes. It was scary. However, God NEVER failed me!

As we settled into our life of knowing that we were a “forever” family, God threw us a curve ball. Due to a situation with a family in our church, I was asked to take in a young man for a few weeks. It was supposed to be a temporary situation. In February of 2016, the young man became a permanent part of our family and a few months later, so did one of his younger brothers.

Six of my seven boys have special needs. We deal with Fetal Alcohol Syndrome, ADHD, physical abuse, sexual abuse and a few more things that I won’t mention. I know what it is like to feel scared and unsure of myself as a mother. I know what it’s like to try and deal with the baggage of your past while trying to make sure that you do what’s best for your children.

That’s why I say that MOPS is part of the next step of my journey. I know what it is like to go through all those emotions. I know what it means to depend on God in ways I never imagined. We must be helpers one to another. That’s what is on my heart. To draw from God, the strong women of my past and lessons from my own journey to help those walking the path and all that goes with the blessings of motherhood.

To find a MOPS group near you, visit MOPS.org.

Previous articleSomeday, Your Child Will Want a Picture of You
Next articleI Saw a Counselor About My Difficult Child. She Asked Me One Question That Changed Everything