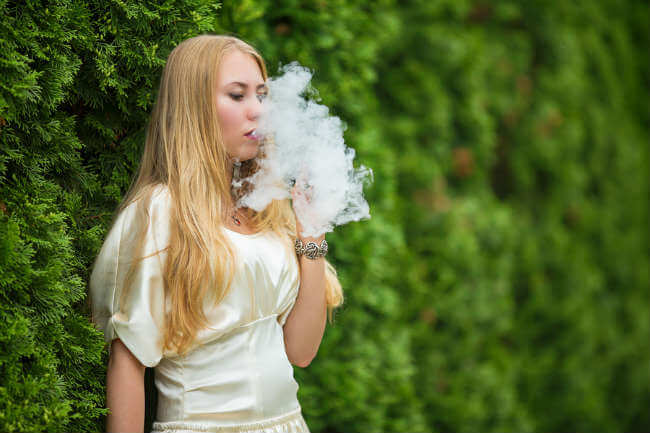 Parents: Vaping Is Up 78% Among Teens; The FDA Is Freaking Out

Numbers just released by the Centers for Disease Control have confirmed that vaping, or e-cigarette use among teens, has risen a staggering 78 percent from 2017 to 2018. These frightening numbers have the FDA, already trying to impose restrictions on the tobacco industry over marketing e-cigarettes to teens, in a literal tizzy.

As well it should. Parents? We should be freaking out over this as well. Here are the facts, from FDA Commissioner Scott Gottlieb, M.D.

“Almost all adult smokers started smoking when they were kids. Nearly 90 percent started smoking before the age of 18, and 95 percent by age 21. Only about 1 percent of cigarette smokers begin at age 26 or older. When I announced the FDA’s Comprehensive Plan for Tobacco and Nicotine Regulation in July 2017, I made clear my concerns about kids’ use of e-cigarettes, especially those products marketed with obviously kid-appealing flavors. At the time, however, the trends in youth use appeared to be changing in the right direction – reported e-cigarette use among high school students, which peaked at 16.0 percent in 2015, had decreased to 11.3 percent in 2016 and held steady in 2017. What I did not predict was that, in 2018, youth use of e-cigarettes and other ENDS products would become an epidemic.”

Did you catch that? The reasons this huge spike in teen vaping is so very dangerous:

Gottlieb says that as a physician, he is driven by the fact that addiction to nicotine leads to combustible cigarette smoking, which “remains the leading cause of preventable death and disease. Combustible cigarettes cause the overwhelming majority of tobacco-related disease. When used as intended, they are responsible for the death of half of all long-term users.”

Parents! This should majorly concern ALL OF US. Please, please, please talk to your kids about the addictive nature of nicotine, about Juuling, vaping, and how HARD it is to quit once you are hooked! The FDA is rolling out huge restrictions to *try* and keep these chemicals out of our kids’ hands, but I don’t have a ton of faith in their efforts to combat big tobacco. It’s not that I don’t appreciate the effort, it’s just that big tobacco seems to find a way around whatever restrictions the government puts in its way.

Nevertheless, Gottlieb of the FDA is fighting mad and 100% serious. He said in his statement that he would use the FDA’s power to try to stop ALL in-person sales of flavored e-cigarettes in stores that allow people of any age to enter (i.e. they don’t check IDs at the door), and to restrict online sales. That is HUGE.

But parents, WE are the biggest deterrents to our vaping.

I appreciate the FDA’s efforts and I surely hope they are successful, but the biggest reason your kids will choose not to vape is because of your consistent involvement in their lives, and from the conversations you’ve had with them about why they shouldn’t.

Bottom line: Vaping is an epidemic to which your child is not immune. Get in the game and be the front line in nicotine addiction prevention!

Read out the CEO of JUUL and how he’s apologizing to parents.

Previous articleThe One Thing Parents Need to Do to Protect Their Kids Online
Next articleTexts to Mom, “How Long Does it Take to Microwave a 25-Pound Turkey?” is Going Viral for ALL the Right Reasons