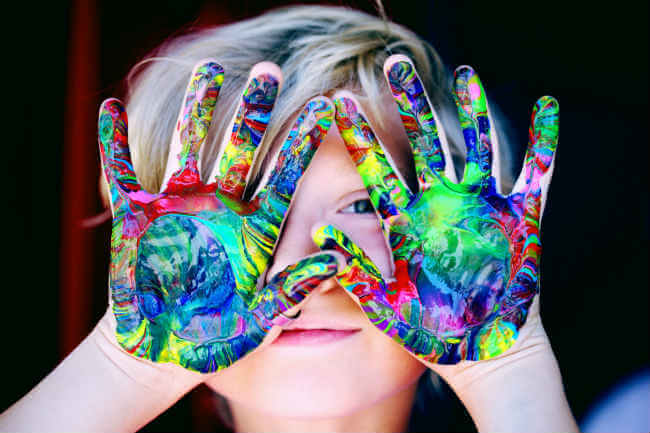 Why Kids Misbehave and What Parents Can Do About It

We all have “those days” with our kids when they seem out to get us and disobey at every turn. Even my angelic oldest child once threw a fit in the pediatrician’s office that had me weeping in frustration: kids WILL be kids after all. However, a recent article about the behavior challenges of MODERN kids being more pervasive and alarming than they were a generation ago had me nodding my head in agreement. It’s reasonable to wonder why kids misbehave so much more now than they did when Generation Xers were coming of age: in my day, I can only remember one really “bad kid” who caused problems at school and church, and now if you ask an elementary school teacher who’s been teaching for more than a decade if behavior problems are increasing, you’re likely to get an emphatic YES.

In her new book The Good News About Bad Behavior, certified parent educator Katherine Reynolds Lewis explores why kids misbehave more than their parents’ peers, and what parents can do about it.

There are three factors that contribute to why kids misbehave so much more frequently in modern times, Lewis says. In an interview with NPR, she says the reasons are:

In the interview, Lewis is asked what kinds of goals and activities have replaced play and household responsibilities in modern kids’ lives, and her answer is very telling. She says,

“To be straight-A students and athletic superstars, gifted musicians and artists — which are all wonderful goals, but they are long-term and pretty narcissistic. They don’t have that sense of contribution and belonging in a family the way that a simple household chore does, like helping a parent prepare a meal. Anyone who loves to cook knows it’s so satisfying to feed someone you love and to see that gratitude and enjoyment on their faces. And kids today are robbed of that.”

Mic drop. I MUST agree.

On the subject of play or the lack thereof and why kids misbehave, Lewis’ comments rang especially true, and I felt a twinge of parental guilt as I read them, I must admit. She says:

“Two or three decades ago, children were roaming neighborhoods in mixed-age groups, playing pretty unsupervised or lightly supervised. They were able to resolve disputes, which they had a strong motivation to because they wanted to keep playing. They also planned their time and managed their games. They had a lot of autonomy, which also feeds self-esteem and mental health.

Nowadays, kids, including my own, are in child care pretty much from morning until they fall into bed — or they’re under the supervision of their parents. So they aren’t taking small risks. They aren’t managing their time. They aren’t making decisions and resolving disputes with their playmates the way that kids were 20 or 30 years ago. And those are really important social and emotional skills for kids to learn, and play is how all young mammals learn them.”

So, what can parents do – besides give their kids more quality play time, chores and responsibilities, and restrict screen time – when their kids misbehave? Lewis says they can use the “four R’s” – “Any consequence should be REVEALED in advance, RESPECTFUL, RELATED to the decision the child made, and REASONABLE in scope.”

She also says it’s ok for parents NOT to give consequences in the heat of the moment, when both they and their child are upset. She says it is perfectly appropriate to take some time to cool down and think rationally for a few minutes, and then come back to tell the child what their consequences for their misbehavior are going to be. This makes perfect sense to me, as with my non-angelic middle child, especially, I’ve gotten pretty angry at her past misbehaviors…and it’s just not a good idea for me to discipline my kids when steam is coming out of my ears.

“I would never tell someone who’s using a discipline strategy that they feel really works that they’re wrong,” she says.

She does, however, think some that parents may use discipline too much as a means of controlling their children. “Ultimately,” she says,  “we want to instill self-discipline in our children, which will never happen if we’re always controlling them.”

What do you think about Lewis’ three reasons why kids misbehave so much in this current generation? How big of a role does “screen time” really play? I’d love to hear your thoughts in the comments.