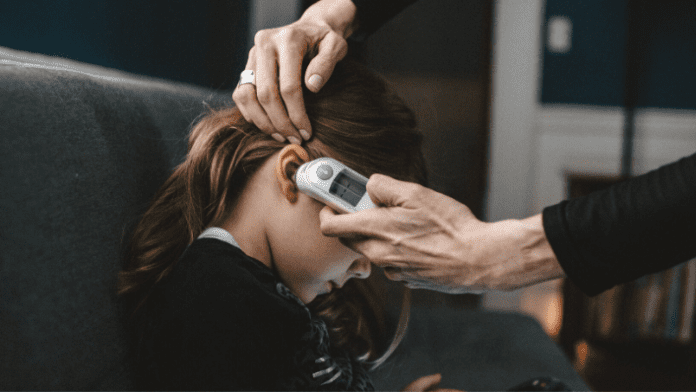 Health care officials are warning parents this week after 15 children in New York City have been hospitalized with symptoms of the rare Kawasaki Disease, a serious illness that has also been popping up in children with COVID-19 in the United Kingdom.

Now experts in both the United States and the UK are concerned that the childhood disease may be linked to coronavirus.

“A pediatric multi-system inflammatory syndrome, recently reported by authorities in the United Kingdom, is also being observed among children and young adults in New York City and elsewhere in the United States,” Dr. Demetre Daskalakis, deputy commissioner of the New York City Health Department’s Division of Disease Control, said in a public letter to colleagues Monday.

According to Daskalakis, symptoms vary from patient to patient, but “include features of Kawasaki disease or features of shock.”

Kawasaki disease, otherwise known as Kawasaki syndrome primarily affects children younger than five years old, but can affect older children. According to the CDC, clinical signs include fever, rash, swelling of the hands and feet, irritation and redness of the whites of the eyes, swollen lymph glands in the neck, and irritation and inflammation of the mouth, lips, and throat.

There is no known cause for Kawasaki disease, but scientists have found it to be linked to genes, viruses, and bacteria, as well as some chemicals and irritants.

It’s important to note that Kawasaki disease is very rare, with annual U.S. hospitalizations for the syndrome being less than 10,000.

All of the children identified by the NYC Health Department were between the ages of two and 15, and had been hospitalized from April 17- May 1, 2020 with illnesses compatible with Kawasaki syndrome.

Of the 15 patients, only four had tested positive for COVID-19, with 11 others coming back negative.

“All patients had subjective or measured fever and more than half reported rash, abdominal pain, vomiting, or diarrhea. Respiratory symptoms were reported in less than half of these patients,” Daskalakis wrote.

More than half of the children required blood pressure support, and five required mechanical ventilation. Those who were admitted to pediatric intensive care units required cardiac and/or respiratory support, according to the health department. None of the fifteen identified children have died.

According to the health department, only severe cases may have been discovered so far. Though the initial reports studied the cases of fifteen patients, health care workers around the country are seeing symptoms of Kawasaki disease at an alarming rate.

Doctors are being urged, regardless of a coronavirus result, to immediately report suspected cases of Kawasaki disease.

Daskalakis wrote that “early diagnosis and treatment of patients meeting full or partial criteria for Kawasaki disease is critical to preventing end-organ damage and other long-term complications.”