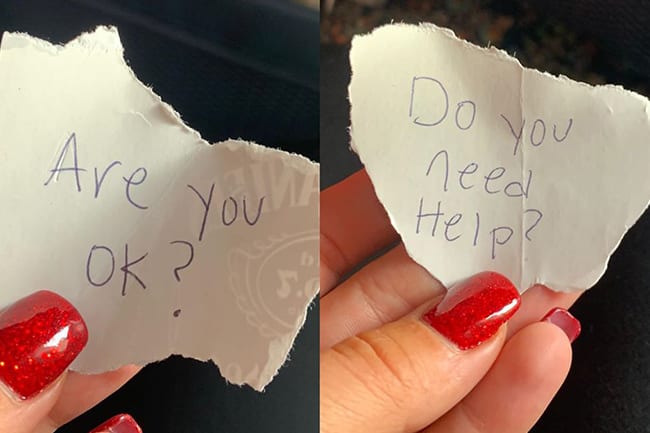 ‘Are You Ok?’— Woman Writes Notes to Girl on Airplane, Rescues Her From Sex Trafficking

We talk about sex trafficking and human trafficking a lot at For Every Mom. That’s because it’s happening right here at home — in our neighborhoods, in our cities, and in plain sight. It’s so important to know the signs of human trafficking, because unless we know what it looks like, modern day slavery will continue to take place right under our noses. 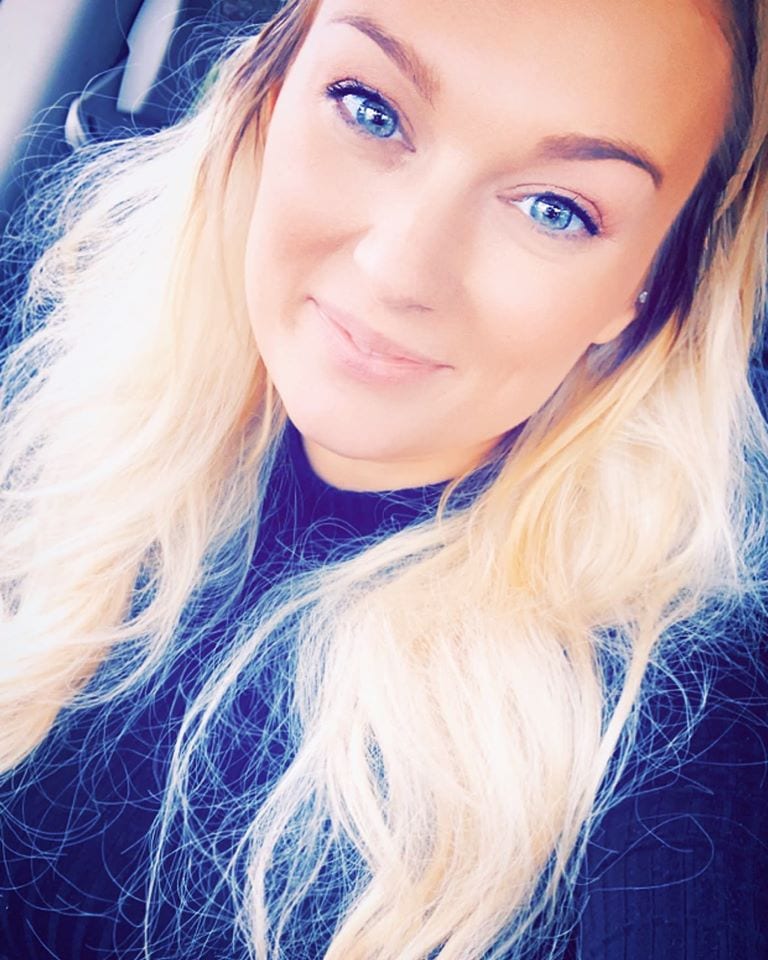 The mother of two was on a flight to Salt Lake City in December when she noticed a young girl and an older man sitting together.

“There were so many signs of them being involved with sex trafficking,” she wrote in a  Facebook post, which has now been shared more than 32,000 times.

Amanda, who has read several articles about sex trafficking and what to look for, says the girl wouldn’t talk or look back at her when she tried to make conversation.

“She was scared and fragile,” Amanda writes. “He was sitting in the middle seat taking up a lot of space from her seat to stop her from moving around.”

That’s when Amanda went “way beyond” her comfort zone, and took matters into her own hands. She moved seats to be able to get a word with the girl.

“I wasn’t sure at first how to do it without him noticing, so I wrote a note and when she looked out the plane window I flashed it quickly so she could see.”

Her first note said, “Are you ok?” To which the young girl shook her head “no.”

Amanda followed up with a second note, “Do you need help?” 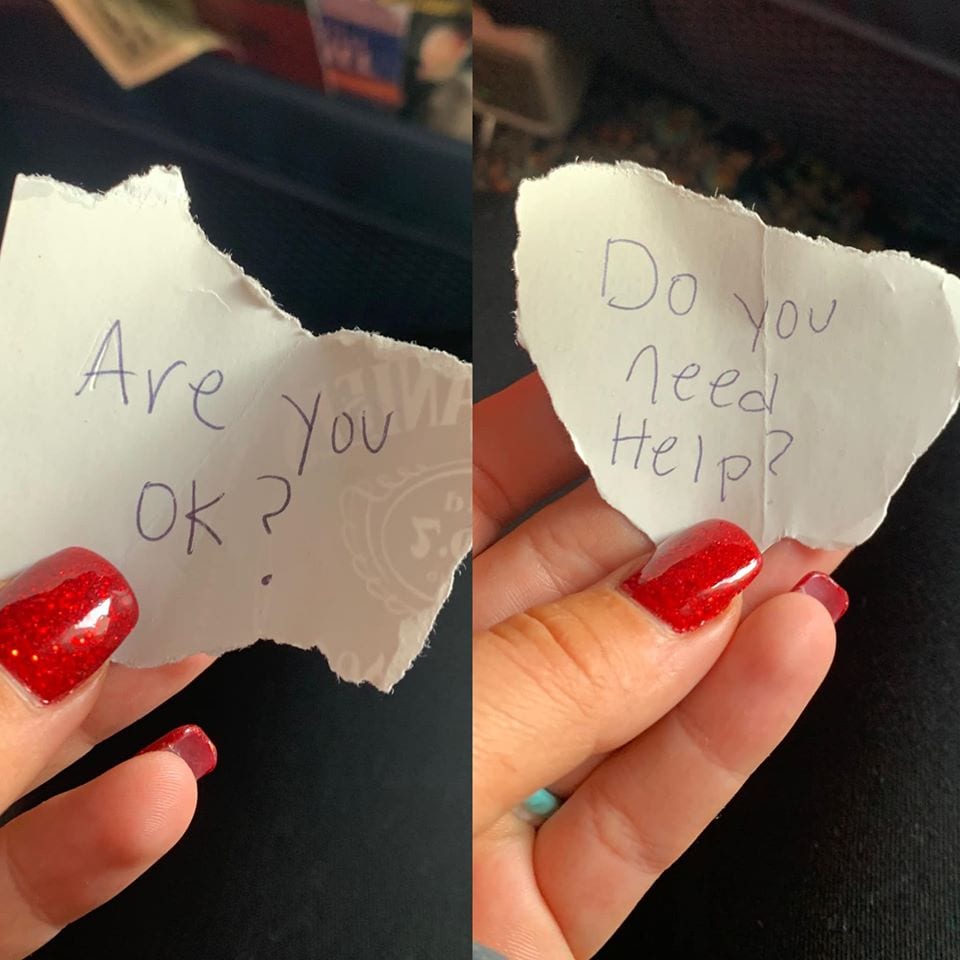 “She looked behind and I barely got a glimpse of her eyes but it will be a look I will never forget,” Amanda said. “She needed help and I was the only person on this plane that knew what she was involved in.”

Knowing that the flight attendants have been specifically trained on how to handle situations of human trafficking, Amanda informed them of what she’d learned.

Upon landing in Salt Lake City, the girl was safely removed from her trafficker.

“I wish I could hug her. I wish I could hold her hand as she goes on to the next step of her life,” Amanda wrote. “I don’t know what her future holds but I do know it’s not with him.”

Friends, this kind of thing is happening EVERY. SINGLE. DAY. Both here at home in AMERICA, and around the world.

Human trafficking denies freedom to more than 20.9 million people worldwide. According to PolarisProject.org, 26 percent of them are children, while 55 percent are women and girls. Their FORCED labor is what sustains an estimated $150 BILLION industry around the world.

It doesn’t look like the movies. You don’t have to be Liam Neeson on some wild goose-chase through foreign countries to literally save the lives of trafficking victims. This is modern day slavery, and we have the power to END IT.

Previous articleThe Truth About Being a Stay At Home Mom
Next articleMama, Give Yourself a Break