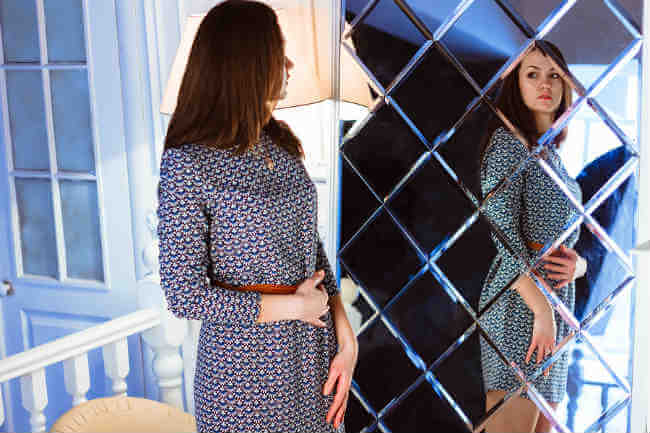 A few weeks ago a friend of mine posted on Facebook about how she was often tempted to use comparison when thinking of herself versus other parents. She’s a single mom who works two jobs and struggles to afford to send her daughter to Christian school. She drives her daughter to said school in an older car that gets her from from place to place, and sees some of the high school students pull in to the parking lot in much newer, much fancier cars of their own.

She says it’s easy to fall prey to thoughts like: “Why do some people have it so easy?!” and “Why do I always have to struggle??” and “It’s just not FAIR.” But that when she does, “God so gently reminds me that without the struggle, I wouldn’t know how to wholly and completely rely on Him to provide.”

I was unable to get her post out of my head for about a week after I read it. I am not a single mom, but the struggle of comparing myself with other parents and comparing my lifestyle with others’ is very real to me. My husband and I have chosen to live in an area of town that is less desirable but is extremely affordable. This allows us to live within our means and to have enough money to give when and where we feel led. We love our home, but it is not large. Our two boys share a bedroom and we only have one full bath. The other day I saw a post on Facebook from a mom whose kids go to school with mine, and who is a friend of mine. She was posting about how she had re-decorated her daughter’s bathroom over the weekend. And I felt a twinge of guilt, not jealousy, but real guilt about the fact that my kids don’t have their own bathrooms and probably never will. Heck, I don’t even have my own bathroom!

The comparison struggle is real

Seems silly, right? I know it does— but it’s real. I even struggle with comparing my children to other people’s children. The truth is I would not change my kids for the world and yet, in some moments, I find myself asking questions like “Why do my kids struggle with their development when everyone else seems to have a typical child that’s so ‘easy’?”

Comparison, as the famous quote goes, is the thief of joy. And it’s also a symptom of our sinful pride. But most of all it’s a distraction from what we should be doing: focusing on Jesus and what He wants us to do with our lives.

My friend’s Facebook post about comparison was still bouncing around in my head the other day when I opened my Bible to spend some time reading the Word. And because God always knows exactly what we need when we need it and is faithful to meet our needs, that morning I “randomly” opened my Bible to John chapter 21. It’s the last chapter of John, when Christ appeared to the disciples after his death.

Jesus is talking to Peter and he’s telling Peter about some of the plans that he has for Peter’s life.

So basically Jesus said to Peter, “This is what’s going to happen to you. You are going to die by another’s hand, and you’re gonna die for my glory.” I mean, it wasn’t exactly the warmest news Peter had ever received from his Savior. And it didn’t take Peter long to fall victim to comparison, and wonder how his fate was going to compare to that of one of his fellow disciples, John. Just one verse later he was asking Jesus “Well, what about John? Is he going to get killed too?” It went like this:

Do you SEE what Jesus said to Peter here? Did you catch that? His answer to Peter’s question of comparison was:

Because God left us His word to teach us how he wants us to live, I am absolutely confident in saying that this is also what Jesus would say to moms who are struggling with comparison.

The other moms at your kids’ school drive brand new swagger wagons and yours is over a decade old?

Your BFF lost all her baby weight in four weeks and you’ve still got yours four years later?

You’ve been on antidepressants for years and the rest of the world seems to live their life blissfully medication-free?

Literally everyone you follow on Instagram has a perfectly decorated spotless home and you can’t keep yours clean for more than five minutes?

Your friend at church serves her husband and children with a big old smile on her face while you struggle with resentment?

My beautiful mamas, comparison only serves to steal our energy and our joy and to take our eyes off Jesus Christ and turn them inward on to ourselves.

Let’s not let comparison win. Please join me in telling yourself “what’s it to you?” when thoughts of comparison sneak in. That my dears, is what Jesus would say to you.

I’m so thankful for this word from the Lord that I think I might just get myself a necklace made with those words engraved on it. Because I KNOW I’ll need the reminders. (Hopefully a necklace will do the trick and I won’t actually have to get a tattoo, but I think it’s a possibility.)

Lean on the Lord, Mamas. Let Him provide ALL your needs. And next time you want to look at yourself critically, turn your eyes toward heaven instead.