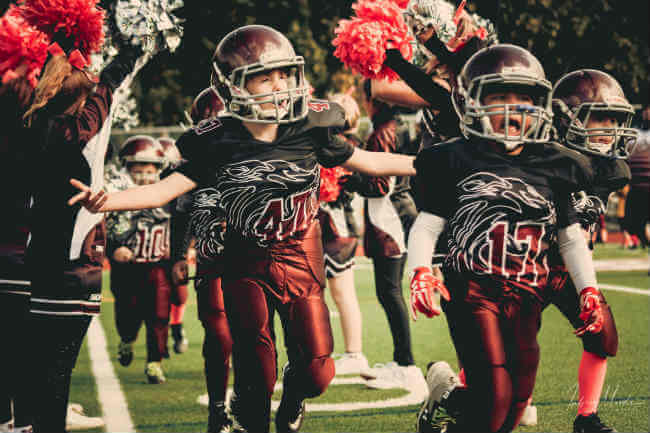 Kids Playing Sports: How to Destroy Your Child

We want to spur growth—constant growth—especially in those areas of life that we never mastered ourselves. In fact, be particularly tough on those traits you see in your son that remind you of yourself.

Expect him—no, force and demand from him—that he function maturely in areas of life that you continue to struggle with as an adult.

If you don’t create pressure to change at 13, he may wind up just like you.

Demand the end result of growth now and leave the process for later!

Sometimes it’s better to just not say a word. After all, you are so frustrated with her you know nothing positive will come out of your mouth.

So slay her with your silence! Leave it to her own wild imagination to decide what you are thinking.

Allow her to feel more worthless and guilty about whatever it is she didn’t do right by letting your silence say it all: “I’m so frustrated with your performance right now I can’t even speak.” Combined with silence, an occasional sigh or slow shake of the head make for nice ornamental touches.

This not only encourages her to feel worse, but will also train her to approach other emotional moments in her life with the same instability.

The alternative—completely blowing up on her—can also be useful when contrasted with the silent treatment.

Your own instability regarding her performance will help her feel like she’s constantly got both feet planted firmly in the air.

General: What’s wrong with you? Why would you do that again? How many more times are you going to make that mistake? Why aren’t you doing what you’re being coached to do?

8. In-game feedback (expressed by constant yelling during the game).

If the coach won’t do it, somebody has to, right? And we’ve all been in situations where the coach yelled the entire game but had no idea what he was talking about. Play your role!

Let repetition work its magic. If your child hears you yell “GO! RUN! STOP!” enough, at some point you have to figure it will all sink in.

You know you’re getting somewhere when your kid starts yelling stuff back at you from the court or field. You’re almost there! Now you’ve got their attention which is the greatest challenge in this attention-deficit-creating kind of world we live in.

Indeed, until young Erik or Maria or Jack start yelling things back in your direction during the game, you know you’ve got your work cut out for you.

Don’t give up! The more you yell your encouragement, the harder it will be for them to continue ignoring you.

It’s just a matter of time before they despise having you at the games at all, and in these vulnerable conditions you’ll have the kind of lasting impact they’ll never forget.

This article originally appeared at Athletes in Action.

When Your Child Wants to Quit, Tell Them This

Previous article3 Things I’m Going to Tell Other Moms More Often
Next articleDear Mama: It’s Time to Rise Up and Stand Down

Ed Uszynski
Ed Uszynski has a PhD in American Culture Studies and has worked with Athletes In Action since 1992. Ed can be reached at [email protected]