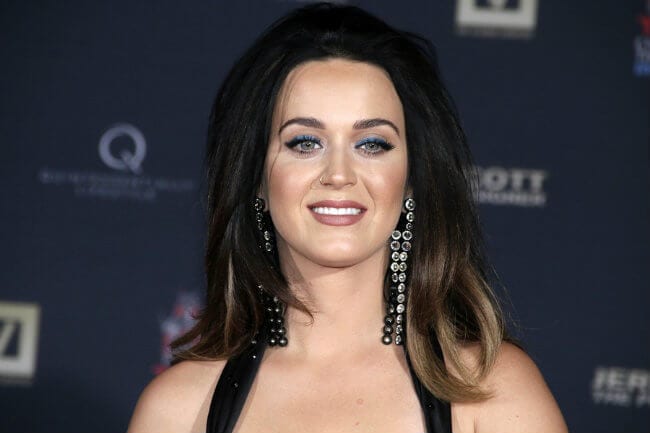 Unfortunately, if you’ve spent any time in the church, you’ve witnessed a preacher’s kid totally abandon his or her faith not only in the church, but sometimes even in God. Katy Perry is one such preacher’s kid, and she has no qualms about telling people why she’s left the faith.

The daughter of evangelical pastors Keith and Mary Hudson, Perry grew up attending church, being involved in the youth group, and singing on Sunday mornings. She is quick to attribute her time singing in church as a launching point for her career, but just as quick to point out the problems with the way she was brought up.

In a recent interview with Vogue, Perry shed some more light on her religious upbringing. In Perry’s house, church attendance was essentially required Sunday morning, Sunday night, and Wednesday evening. The family steered clear of cultural traditions like Santa Claus bringing presents at Christmas and anything having to do with Halloween. In addition, there appears to have been a political line of thinking she was expected to adhere to, which Perry communicates by saying “we watch[ed] Bill O’Reilly on TV.”

Perry even stood outside of a Marilyn Manson concert with her youth group to hand out pamphlets on how to find God. After going inside and listening to the music, though, Perry said she understood the artistic expression that was happening.

After growing up in this sheltered environment, Perry made an incredibly dramatic transition to eventually becoming a prolific creator of mainstream culture—the very culture her parents raised her to avoid. Perry says shaking the mindset of her youth is a process she’s still going through: “I still have conditioned layers dropping off of me by the day,” she tells Vogue.

In an interview with Marie Claire in 2013, Perry said, “I don’t believe in a Heaven or a Hell, or an old man sitting on a throne.” She does, however, “believe in a higher power bigger than me because that keeps me accountable.” Curiously, she even believes in the need to be accountable to someone or something. Perhaps even to a degree some church-going Christians do not subscribe. Again speaking to Marie Claire, she says “Accountability is rare to find, especially with people like myself, because nobody wants to tell you something you don’t want to hear.” By “people like myself”, Perry is referring to famous people who are used to others worshipping the ground they walk on.

Perry hints to an altruistic mindset, as well, telling Vogue: “I think you have to stand for something, and if you’re not standing for anything, you’re really just serving yourself, period, end of story.” At this point, she was referring to her political activism during last year’s election. Perry unabashedly supported Hillary Clinton, and the defeat left Perry “disheartened” and stirred up “a lot of trauma” from the past. The election of Donald Trump reminded Perry of the “misogyny and sexism” present in her childhood. “I have an issue with suppressive males and not being seen as equal. I felt like a little kid again being faced with a scary, controlling guy.”

While the election brought up childhood “trauma” and it’s highly unlikely Perry will darken the door of a church anytime soon, the artist does still have a relationship with her parents and goes to a therapist.

In light of Perry and the trauma she feels she has to overcome, I can’t help but wonder what we can be doing to encourage preacher’s kids to experience healthy development in the context of behind-the-scenes church life.

My own father is a preacher’s kid and although he still believes in God, is a little jaded when it comes to church. However, I didn’t pick up on that when I was a child. Looking back, he didn’t let his jadedness influence his kids. Our household was an open one; we were free to express opinions and encouraged to think for ourselves. And while I knew about my parents’ political convictions and moral guidelines by the time I was a teenager, they weren’t spoon fed to me as a kid. I had to gather them from the behaviors I witnessed in my parents. While my experience wasn’t perfect, my parents demonstrated their faith, and thereby instilled it in me, largely by example. They were the same people at home that they were in church. In the end, I chose faith. In fact, I decided I wanted to be a missionary by the time I had completed my education at a very secular, somewhat hostile-to-Christianity college.

I feel there are a few key principles (whether they realized it or not) my parents followed, that I’ve tried to articulate below:

Give your preacher’s kid a choice whenever possible

More often than not, PKs end up spending more time at church than anyone would willingly volunteer for. Whenever there is the option, ask your kids if they’d like to come or participate. Respect their decision when they say no. Do what you can to help them have friends and life outside of church—just like the other children who attend your church. If they feel they have no choice but to build their social life around the church, they will feel coerced and constricted.

Make your parent-child relationship a priority

If there is one saving grace, one glimmer of hope, apparent in Perry’s story, it is that she still has a relationship with her parents. At the end of the day, just like any other kid, you might be the only lifeline your kid has back to God. You may be the only one praying for your kid. You may be the only one he or she can talk to about issues of faith. Do your kid a favor and choose him or her over the elder meeting, over the choir practice, etc. whenever possible. I understand this is not always possible, but sometimes when kids are in crisis, you dropping something super important to you or your job will communicate your highest priority.

Be honest with your preacher’s kid

If there’s one thing I’ve heard from disgruntled preacher’s kids, it’s that they couldn’t stand the hypocrisy they witnessed. Whether it was displayed by their parents or members of the congregation, it doesn’t matter. When inconsistently or lack of integrity goes unaddressed, kids are particularly hurt. They look to the adults in their lives to tell the truth and help them understand the world. When kids notice something their parents remain silent on, this makes them feel isolated or alone. To prevent this, be honest with your kids. Admit when you are wrong. Help your kids understand you are not perfect and neither are the members of your congregation, which is precisely why we all need Jesus to help us. Then, show them how you are asking Jesus to help you.

Something that stands out pretty clearly in Perry’s story is the seemingly 180-degree shift she took on a lot of issues—politics in particular. Her current views suggest almost a knee-jerk reaction to her upbringing and the things that were forced upon her. Give your kids a chance to think for themselves. I realize this is a bit of a blanket statement, but here’s the condensed version: Don’t just hand your kid picketing signs and tell him or her where to stand. Sure, it’s appropriate to communicate your views on things like cultural traditions, music choices, or politics, but don’t assume your kid should follow without forming his or her own opinion on these subjects.

The thing that stands out to me the most in Perry’s story is the lack of choice in her upbringing. Whether this is an accurate description of her childhood or not, it’s clear from her comments she doesn’t feel like she had much of a choice. And here is the lesson for us, as church leaders raising kids: God gives us free will and the ability to choose—sometimes to our own detriment. Who are we as created beings to believe we know how to parent better than God does?

Kara Powell of the Fuller Youth Institute says doubt is not the problem when it comes to kids leaving the faith. The problem is when the adults in their lives (or the church) doesn’t give the space or safety to express that doubt and thereby allow it to be worked out. I wonder if anyone addressed Perry’s concerns with misogyny and sexism in the church with her. If those issues had been adequately addressed, I wonder if things might have turned out differently for her.

To those of you with children, I encourage you to build strong relationships with them, based on God’s unconditional love for us. Don’t try to cover things up, in the hope of protecting your child from the shortcomings of yourself or the church. Please give your preacher’s kid choices whenever possible, and respect his or her God-given free will.

This article originally appeared at ChurchLeaders.com.

Previous articleDear Girl: There’s One More Thing You Need to Know Before You Say ‘I Do’
Next articleThis “Slow Down” Song Is Making Mamas Cry Buckets During Graduation Season

Megan Briggs
Megan Briggs is a content editor and passionate follower of Christ. Two things – she believes – that should be linked together more often. Her experience in ministry to youth and parents as well as the extensive amount of time she’s spent in ministry overseas gives her a unique perspective on the global church. Megan is passionate about spreading the gospel and equipping the church for holiness. When she’s not writing or proofreading, Megan likes to run.