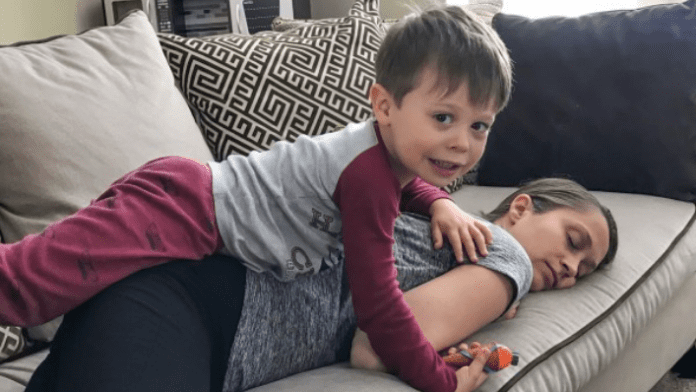 I’m Privileged To Be Home With My Kid During the Pandemic. But I’m Also Exhausted.

One of my husband’s colleagues is bent out of shape that he’s been told to stay home from the office for 14 days upon returning from an essential work trip. “What am I gonna do at home for 14 days?!?” says the single, childless man.

Gee, Dale, it must be so hard to figure out what to do with 14 days of free time while you’re still getting paid a full salary. (I know I shouldn’t shame, because we’re all going through a lot of stress right now… but seriously, dude?).

His comments are just as maddening as the “use this time wisely” comments I’ve been hearing from other childless folks who are talking about all the projects they’re going to get done with this unexpected “gift” of time on their hands.

I’d love to accomplish some unfinished tasks. I’d love to learn a new skill. I’d love to practice mindfulness. I’d love to be getting in daily workouts. Hell, I’d love to just work. But I have a preschooler who’s now home with me indefinitely. And I am wrecked.

Yes, you heard that right. A preschooler. As in, singular. I only have one kid. To the other moms who are trying to work, make meals, keep house, and homeschool – especially more than one child – I am in awe of you.

My kid is barely 4, so we’re just “loosely” homeschooling. I’m incorporating some learning challenges into his play time — practicing numbers, letters, etc. — but I’m not ashamed to say that I haven’t even opened the email I got from his school about what lessons we should continue working on while they’re closed.

I became a 24-hour extra appendage for my preschooler. I haven’t felt this touched-out since I stopped breastfeeding. He will not get out of my space, which doesn’t leave me room — much less time — to accomplish anything else.

Not that I’m trying to accomplish anything… I was under no false impression that I’d be productive with him home. But I didn’t think I’d be so wiped out, either.

He climbs on top of me the second I sit down. He hangs on me when I’m trying to cook. He’s started sleep-regressing and waking me up several times a night. As soon as I start to do something that doesn’t involve him, he turns up the needy. Jumping, squealing, singing at the top of his lungs… any distracting thing he can think of. I can’t blame him, he needs me. He knows something is up and is just trying to cope. 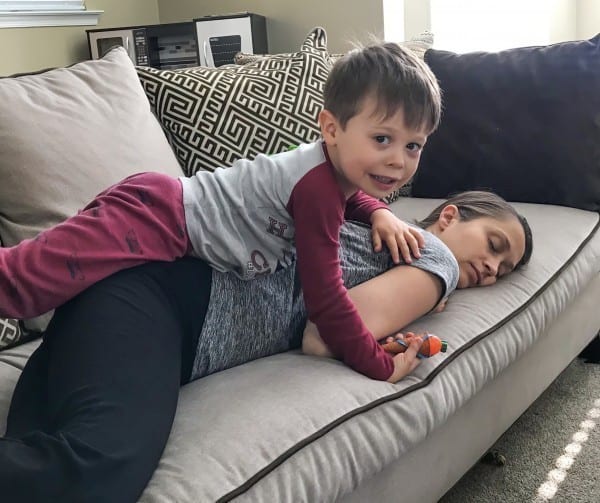 I’d like to be able to handle it better. I’d like to cherish this time I have with him, like so many people are suggesting we mothers do. Unfortunately, when a child is at the age where they’re “on” nonstop and you feel like you can’t take a breath, “cherish this time” is not the phrase that comes to mind.

It reminds me of when I heard people say the exact same thing during his newborn stage. I was bleary-eyed and sleep-deprived, and all people could say was, “Enjoy it while it lasts!” I wanted to vomit. Or punch them. Sometimes both.

I’m feeling the same exhaustion and same loss of identity now. The same anxiety and confusion.

Don’t get me wrong, we’re still having some fun in the midst of my mental mini-crisis. But I’m not putting any pressure on myself. I am nowhere near a Pinterest mom, so you won’t find any elaborate art and craft projects up in here. Instead, we’re getting back to play basics — building blocks, Play-Doh, coloring books…

I’ve also broken out the garage toys, and we’ve been rotating through those. His sidewalk chalk, bubble blower and kiddie water table have all gotten some great action. Even on cold days, the water table is a hit — I just throw some towels on the floor and haul that sucker inside! 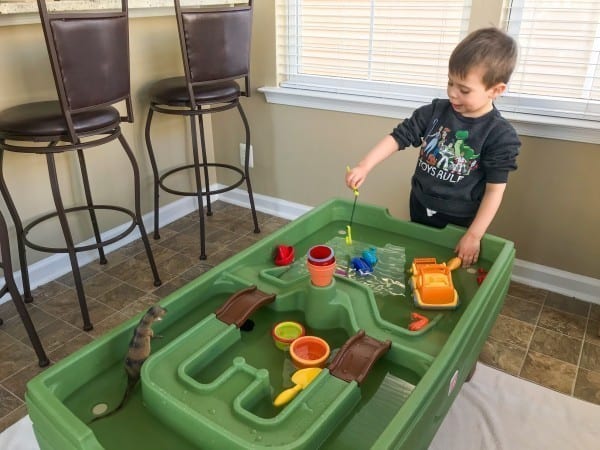 Beyond that, though, I got nothing. The rest of my brainpower goes to processing what’s going on, worrying about loved ones, trying to stay healthy, making sure the house isn’t a wreck, and keeping my anxiety in check.

I understand this diatribe is seething with privilege. People say we’re all in this together, but that isn’t really true. Not everyone has the option of daycare under normal circumstances, or the financial stability to be home with their kids during pandemics. That knowledge doesn’t make my situation more manageable — I’m exhausted and anxious to beyond measure — but I still am very much aware of how fortunate I am.

That said… NO, I won’t come out of this having bettered myself. I’ll have simply gotten through it, like millions of others. It won’t be because I didn’t use my time wisely, it’ll be because I did.

Previous articleThe Night I Thought My Husband and Kids Were Better Off Without Me
Next articleDear Teachers, Can We Add These 10 Life Skills to the Curriculum This Year?

Mary Beth Charleshttps://areluctantmom.com/
Mary Beth Charles reluctantly became a mom after swearing she’d never ever have kids. Not surprisingly, she fell in love with her son… but the whole parenting gig? Not so much! So, she founded aReluctantMom.com to have an outlet and connect with other exhausted mamas. She shares tips and products for making mom life easier, along with the occasional rant and parenting fail! Find her on the blog, or on Instagram, Twitter, and Facebook.