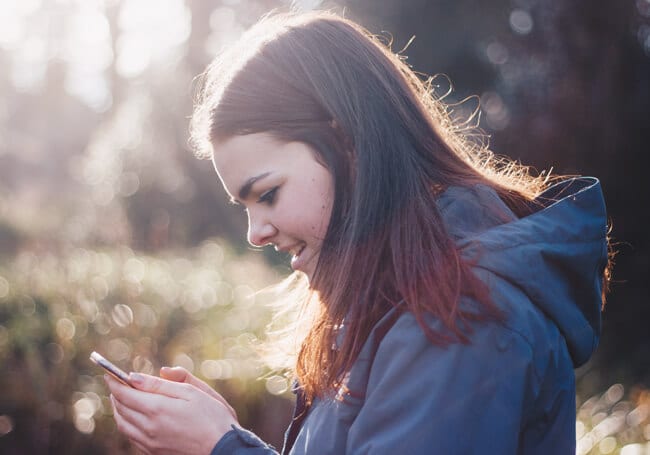 Was Your Child A Victim of Sextortion Today? — What Every Parent Needs to Know

Don’t panic. Not every encounter your kids have with a stranger online will lead to them to being trafficked. They might just become a victim of sextortion instead.

Yes, that is a real category of crime now. What does it mean? According to FBI.gov sextortion is defined as, “a serious crime that occurs when someone threatens to distribute your private and sensitive material if you don’t provide them images of a sexual nature, sexual favors, or money.” Their website clarifies that this crime is on the rise and heavily targeting girls and women, although boys should not let their guards down one bit. The only difference in gender is the perpetrator’s approach.

According to a recent interview I conducted with a gentleman in law enforcement, boys and girls can easily fall victim to sextortion. When I asked him to specify the different approaches between male and female victims, he explained it simply.

With girls, the perp is willing to take his time; he will put in a few months to build what feels like a relationship to his female victim. (While this is not completely a male committed crime, most of the cases to date deal with men as the abuser, so I will use male pronouns.) For boys, the officer clarified that the abuser makes the interaction immediately sexual by sending nude photos.

How does this play out in reality and with our children? Unfortunately, it’s more basic than you may think. They play the same online games and use the same apps as our kids. Isn’t that disturbingly brilliant?

These pedophiles are willing to spend time with our children, some of them spending more time with our kids than we do. They meet up with them on apps such as Snapchat, Fortnite, Minecraft, Live.Me, Instagram, Facebook, Kik, Viber, and Musical.ly to name a few. These are just some apps that advertise have private chat rooms and the ability for chatters to send photos back and forth. There are a number of apps created that look like something basic—like a calculator—that really store locked photos.

How are our kids falling for it? Well that’s where the blackmail comes in. Several safety officers corroborated a shocking statistic coming out of our middle schools. During online safety seminars, officers asked students in grades 5-8 if they have ever sent or been asked to send a nude photo of themselves. The officers verified that without fail 50% of the kids raise their hands. Every time. Ask your kids. I asked mine. My oldest daughter (21) said someone sent her a private message on Facebook threatening to post nude photos of her on Facebook if she didn’t message them back. She thinks Facebook is for “old people” (thanks, babe), so she only noticed the message years later. His account was inactive by the time she noticed. And, it was a total fishing expedition; he had no photos of her.

One case in very recent news took place over Kik, but it could have been any of these apps. A young girl—about 13—posed as someone who was a little older. Maybe she thought she would get more boys interested in conversation if she was older. She began chatting with a young man. He looked about 14. But it turns out the boy in the picture did not at all match the 50 something year old man who was really on the other end of that conversation.

Want to guess how the police finally became involved? After a few months of creating a false relationship, Mr. Creep began asking for photos. Once he gathered enough to blackmail her, get information about her parents and friends and her contacts from her Facebook page, he upped his game. He had her on the hook with shame and guilt and a hard drive full of proof that she sent these photos. This burden became heavier and heavier until, at 13, she felt her only way out was suicide. What would her parents think when they found out?  How could she face them? These are the exact questions her abuser would ask her any time she even attempted to deny him what he was asking for. When she refused, he threatened to send the photos to everyone on her Facebook friend list. She felt she had no way out.

What’s the scariest part of this whole strategy? He’s managed to abuse this young girl to the point of attempted suicide all without ever meeting her in person or physically laying a hand on her.

So, is there a fix for this? As protective adults, we meet the parents and get to know our kids’ friends. We go through the paces to make sure our kids are choosing wise friends and not up to something. When our kids ask to have a playdate, we don’t send our 10-year-old into the dark house on the corner—you know the one with the sketchy tenants who always leer at our daughters and give us the heebs—and simply hope for the best. So why are we handing over these dark corners to our children through computer screens and cell phones? We are setting them up to fail—or worse.

I’ll end by posing a couple questions. What harm would come to your child if you chose to ask them about this topic? Because truthfully talking about it is the best way to stop it from happening. And finally, what harm could come to them if you choose not to speak to them? Not to check their phones or forego them altogether? What harm could come if we continue to pretend sextortion isn’t an epidemic rising up among our children?

We have to decide that we—the parents—are going to be the loudest and most loving influence in our children’s lives. If we don’t, someone is just sitting on your kids’ favorite app waiting to pretend that they are.

Previous articleTeach Your Kids How to Treat Others With This Unforgettable Lesson
Next articleWAHM: What It’s Really Like to ‘Have It All’

Shontell Brewerhttp://shontellbrewer.com
Shontell Brewer is a wife and mother to her five children, ages 20 to 12. She holds a master’s in divinity with an emphasis in urban ministry. Her most recent project is an arts-integrated prevention curriculum for minors trafficked across the nation. She speaks as a prevention specialist to communities affected by sex trafficking. Find her at ShontellBrewer.com, and on Instagram and Facebook at Shontell Brewer. Her book, Missionary Mom is due fall of 2018.