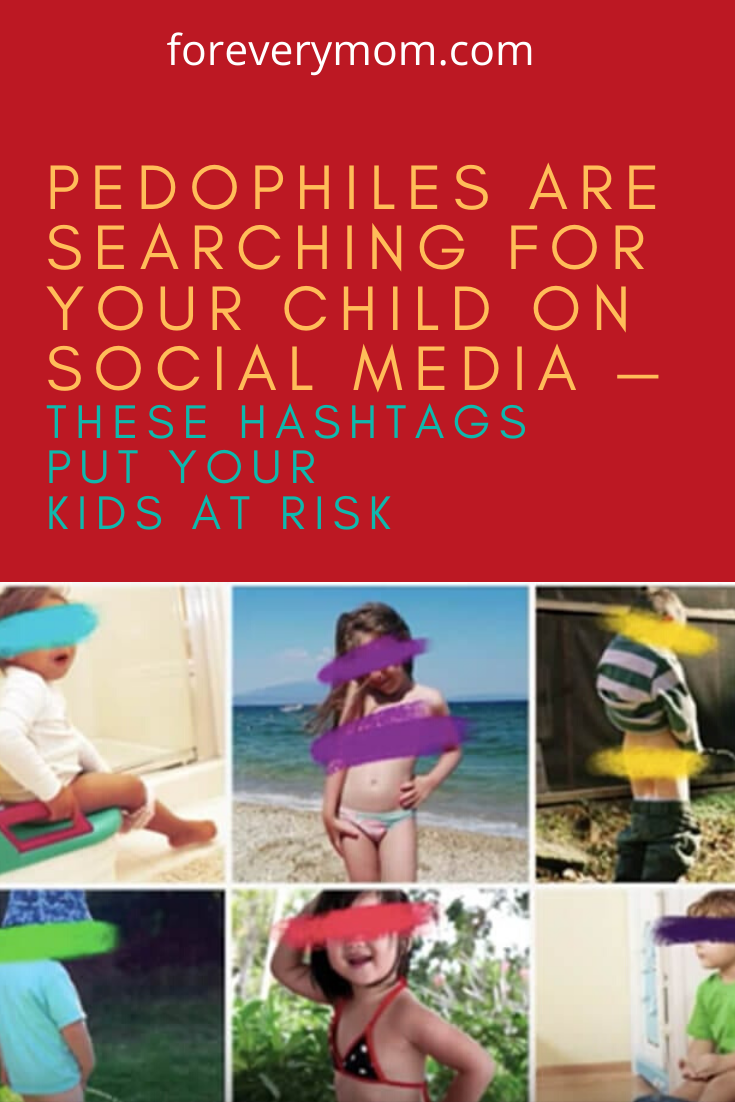 It’s estimated that parents will share more than 1,500 photos of their child online before they turn 5. Experts are warning parents against using these common hashtags which make their kids a target to pedophiles.

In a world where social media is king, we’re living in a culture of over-sharing as a means of parenting. The risk is no longer simply annoying your friends by inundating their feeds with photos of your cute kid. There is actually very real danger in posting certain types of photos.

We’ve talked before about what types of photos can be threatening to our children’s privacy. But new studies show that it’s actually common hashtags that pose the greatest threat to our kids.

There is an entire world of online predators lurking in the dark web, waiting for you to post a cutie photo of your toddler using the hashtag #bathtime.

Hashtags make even the most innocent of posts searchable by predators.

Child Rescue Coalition is an organization that aims to protect all children from sexual exploitation. As part of their 2018 @kidsforprivacy campaign, the organization created a list of more than 100 hashtags that parents should avoid using to keep their kids safe from predators online.

“To a normal person and normal friends photos picture on the beach that’s cute to us cute to us might be seen very differently by predators,” Carly Yoost, CEO and founder of Child Rescue Coalition told Good Morning America.

As previously shared on For Every Mom, child predators use the internet to distribute pornography, and particularly images of children in compromising positions. Things as simple as doing a cartwheel in the backyard can be used for very different purposes on the dark web.

Of course, you might be thinking, ‘I only add people I’m friends with on social media.’

And while that might be the case, a further study conducted by Child Rescue Coalition found that 89 percent of parents haven’t checked their privacy settings in over a year.  A step-by-step guide can be found here.

“We feel we know people on our social media and only accept people we know and trust,” Yoost said.

Previous articleWhy Wonder Woman Is the Most Accurate On-Screen Depiction of Biblical Womanhood
Next articleWARNING: My Child Was Sleep Deprived & It Disguised Itself as ADHD