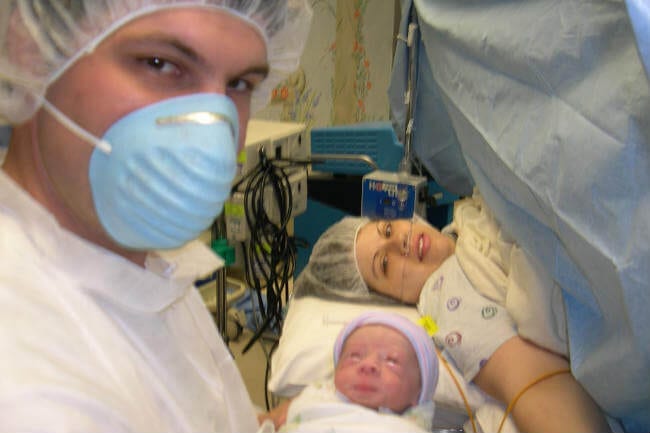 At 7 Months Pregnant, I Was Dying and Didn’t Know It—Then a Nurse Stepped In

This post has been sponsored by Pampers. All opinions are my own. 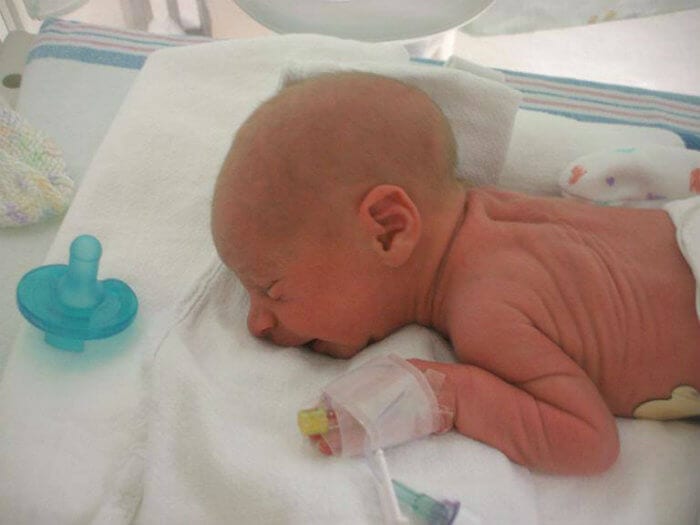 From the moment I found out I was pregnant, I held my breath. Difficult pregnancies tend to run in my family, and I was more than aware of the many complications that can occur between conception and delivery. As I entered my third trimester, though, I finally began to relax a bit, convinced that perhaps my fairly uneventful pregnancy was going to turn out all right.

I mean, sure, I was exhausted – but wasn’t that normal?

And yes, I’d had to buy new shoes to fit over my marshmallow puffy feet – but again, normal, right?

Nesting began in earnest as my type-A tendencies took over my life, and the familiar relief of making lists and crossing off tasks erased most of my anxiety. I was headed into the home stretch. Everything was going to be fine.

And then I gained ten pounds in nine days. Already overweight when I got pregnant, I’d kept a close eye on the scale – and was proud of my limited weight gain (despite the fact that I doubled down on my love for all foods Mexican, especially queso). So such a big jump in a short amount of time was alarming – and even more so when combined with a small increase in my blood pressure.

Over the next few weeks, both my weight and blood pressure increased until my doctor looked at me and said, “Do not pass go. Do not collect $200. Go directly to the hospital. NOW.”

I was put on bed rest on a Tuesday, and then, when that did not work at all, I was sent to the hospital on a Friday. My due date was still almost two months away, and as I complained to my doctor, I hadn’t even taken a birthing class yet! But my body didn’t care about my lists and my plans and my calendar. It was too busy pushing my blood pressure through the roof and trying its hardest to keep my liver and kidneys from failing.

For two days I stayed in the hospital, being poked and prodded and shot up with all kinds of medications. One drug prevented early labor (and seizures), while another attempted to start labor. More than one war was going on in my body, and on Sunday night the on-call doctor and all the specialists she’d consulted agreed: we needed to deliver my baby to save my body. To save me.

I think I remember being relieved that we had a game plan, although that whole time is pretty fuzzy. It got even worse late Sunday night. My parents and the doctor had gone home, and it was time for me to sleep a bit before my scheduled, early-morning C-section.

Then in an instant, the world suddenly turned blurry and orange and so, so painful.

And who did my increasingly panicked husband call when my pain suddenly spun out of control?

And it didn’t take her long at all to realize that her efforts to ease my pain weren’t helping. I wasn’t getting better.  Kristina saw that I was in serious trouble and sprang into action. I don’t remember everything that happened that night, but I remember her saying that she was calling the doctor and telling her to come back to the hospital.

She did call. And the doctor did come back. Everything started to move at lightning-speed. They immediately prepped me for surgery, and my baby girl was delivered – seven weeks early, just under four pounds – shortly after midnight. That quick delivery saved us both.

Now, I’ve been known to exaggerate and, some would say, be a little melodramatic at times. But I am 100 percent certain that my nurse saved my life that Sunday night. If she hadn’t recognized the severity of my symptoms, if she hadn’t called my doctor right away, if she hadn’t urged her to come back to the hospital . . . I’m not sure I’d be here today. I’m not sure my daughter would be, either.

Much of the following days have been lost in the haze of recovery and medication and exhaustion and pain. But I remember the NICU nurses bringing my preemie to my room, “just in case,” they said. And I remember when I finally made it to the NICU to see her, every new nurse I met said, carefully and gravely, “OH. YOU’RE the one who was so sick.”

Kristina was incredible. She was compassionate and quick-thinking – and she was also kind. When I couldn’t hold my newborn because she was in the NICU and I was too sick to travel down the hall, Kristina took pictures of her and taped them on my hospital bed. When I panicked at the thought of going to sleep at night, terrified I might not wake up, she held my hand and clipped on the oxygen monitor, telling me it would beep if I stopped breathing. (I realize now that I was being monitored in about a dozen ways, but she knew I needed extra reassurance, and she gave it to me freely.) 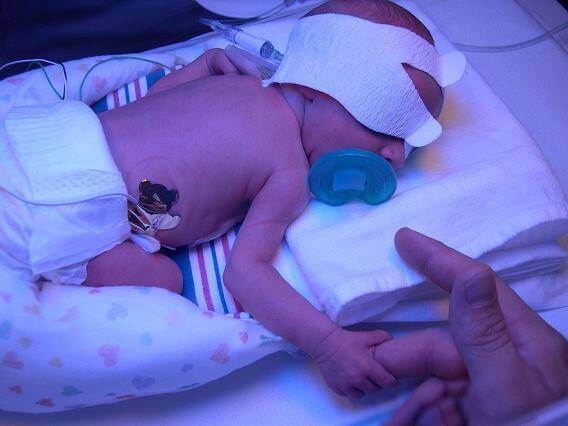 In the hours before my baby was born, my nurse saved my life. In the days following her delivery, she saved my sanity. And this is what nurses everywhere, but especially in labor and delivery, postpartum care, and the NICU bring to the table: not just medical skill, but compassion and intuition. Caring for mom as she recovers from birth IS another way of caring for baby. In addition to each gentle diaper change, each soothing touch, each checking of a monitor, these nurses provide mental and emotional support as well. They don’t just care for a child, they care for a family. They aren’t just doing their jobs, they’re fulfilling their calling.

Thankfully, I’m not the only one who realizes that nurses go above and beyond, that nurses do a lot of really hard, sometimes thankless jobs while other medical professionals get more recognition and glory. Thankfully, Pampers Swaddlers, the #1 choice of U.S. hospitals, is continuing to make the world better for all babies by by honoring the nurses who care for babies and moms with their Thank You Nurses Awards. Together with the Association of Women’s Health, Obstetric and Neonatal Nurses (AWHONN) and the National Association of Neonatal Nurses (NANN), Pampers has launched the second annual Pampers Swaddlers Thank You Nurses Awards to honor Labor & Delivery nurses, Neonatal Intensive Care Unit nurses and Postpartum nurses around the country. Pampers received nominations for scores of deserving nurses around the country, and after much deliberation chose three exceptional nurses for the Thank You Nurses Awards for each of the three categories: Laurie Milliken (Labor & Delivery), Elizabeth Giambrone (NICU), and Billie Warren (Postpartum).

Congratulations to these AMAZING nurses, and to all of you life-saving nurses out there like Kristina and these award winners: THANK YOU. Without women like you, I truly believe my oldest daughter and I would not be alive—not to mention my second daughter, who never would have had the chance to be born. There truly are not enough words to express my gratitude and amazement at all you do.

Mary Carverhttp://givinguponperfect.com
Mary Carver is a recovering perfectionist, wife, and mom of two daughters who blogs about family, faith, food, books, and sometimes her favorite TV shows at her blog, Giving Up on Perfect. For more Mary, you can follow her on Facebook, Pinterest, or Twitter.