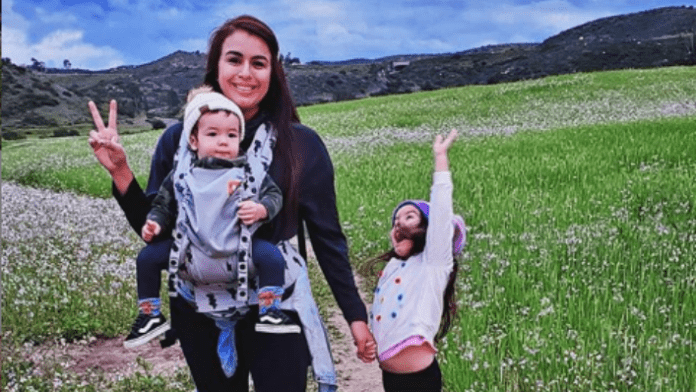 A California mother is making waves across the internet after she was reportedly fired from her job over her kids being too noisy while she was on work calls. She was glad to work from home. Now she’s suing for gender discrimination and wrongful termination.

Work from home: The best (and worst) of both worlds

Drisana Rios, an insurance account executive from San Diego, California, says coronavirus closures left her with no childcare options for her 4-year-old daughter, and 1-year-old infant.

When her company switched to working remotely from home, Rios, like so many other parents, found herself stuck in the middle of juggling the usual demands of her job and  the demands of full-time motherhood at the same time.

In March of 2020, when everything went virtual for the first time, Rios says she informed her manager of her parenting duties, and they agreed that she could work her usual hours of 7:00 a.m. to 4:00 p.m., with an hour lunch at 11:30 a.m. to establish a routine for her kids.

Rios claims in the lawsuit that despite agreeing on this schedule, her boss continued scheduling calls and meetings during the lunch hour—when she needed to be feeding her daughter and nursing her infant son—then would complain about hearing noise from her kids.

“He said, ‘I don’t want to hear the kids on business calls, I don’t think its professional,’” she told CTVNews.ca.

After the first week of working from home with her kids, Rios reached out to human resources about the unrealistic expectations and comments she was receiving. But her cry for help went unaddressed, and Rios endured three more months of what she describes as “constant harassment.”

Rios told GMA that she worked hard to meet all of her deadlines as usual—oftentimes even working late into the night to make sure she was caught up for the following day.

After several more complaints from her boss about her children, Rios says she arranged another call with human resources.

On June 23, Rios took to Instagram with a photo which features her daughter holding a letter board sign that reads “My mommy got fired because her boss didn’t want to hear me in the background.”

In her post, which has since been liked over 17,000 times, Rios says “no working mother should be discriminated against, especially during these times…”

Previous articleA Mother’s Pain: The Day a Heroin Overdose Took Our Son Away
Next article40 Powerful Bible Verses for a Remarkable 40 Day Fast