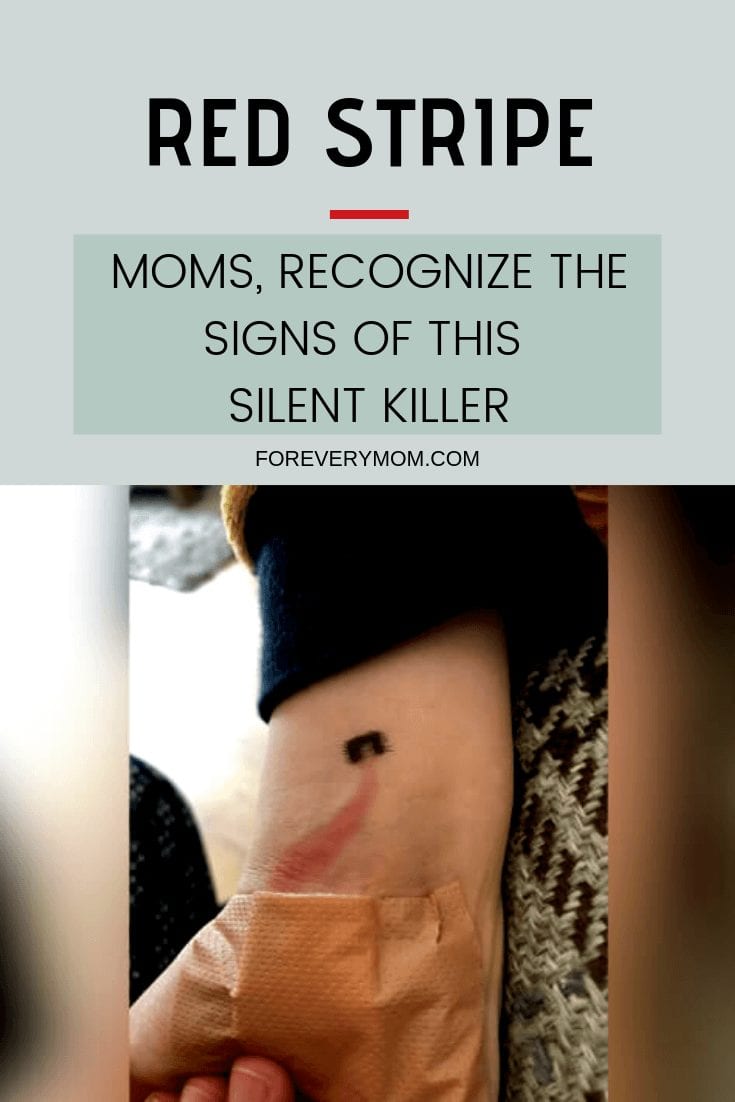 When they first arrived Ruddy says she felt “a bit silly” taking her son to the doctor on a Sunday, but something inside of her told her not to wait.

As soon as the doctor took one look at Ewan’s developing red stripe, he commended the mother for recognizing the signs of this silent killer.

“It isn’t something you can leave until Monday when the doctors are back in the office,” she wrote.

Ewan was diagnosed with sepsis and put on antibiotics. The doctor cautiously advised Ruddy to watch the infection carefully over the next few days and told them to go to the hospital if the streak got longer in the next 48 hours.

“Thankfully the antibiotics are working and he is well in himself!” Ruddy wrote.

Ruddy says she had debated sharing their experience online but was convinced to do so by her husband who says if she hadn’t been there, he wouldn’t have realized there was anything wrong.

Ruddy says she only knew the signs of sepsis because of her friend sharing their similar experience and decided to use it as an opportunity to educate other parents.

“If you spot this red line running from a wound along the vein get yourself/your child seen straight away,” she says. “Hopefully my post might help someone the way my friend’s post from [two] years ago helped me.”

Signs and Symptoms of Sepsis

According to the Centers for Disease Control (CDC), sepsis happens when an infection you already have — in your skin, lungs, urinary tract, or somewhere else — triggers a chain reaction throughout your body.

If sepsis goes untreated, it can rapidly lead to tissue damage, organ failure, and death.

Be on the lookout for:

Red streaks are not directly related to sepsis but are a sign of spreading infection.

The CDC says in addition to knowing the signs and symptoms of sepsis, it’s important to keep cuts and wounds clean and covered until they are healed — preventing germs or bacteria from entering.

If you suspect sepsis or have an infection that is not getting better or is getting worse, act fast. Seek medical care immediately.