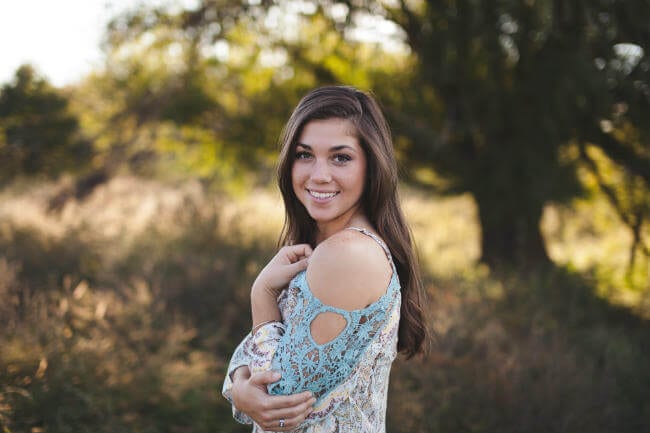 I’m a realistic and modern mother – I didn’t make her promise not to drink or have sex when she went to college. My rules centered around her personal safety and it was honestly my greatest fear. Any other mistake, not related to her personal safety, could be fixed, moved on from, or learned from.

I shared with her every article and news report I saw about girls who were sexually assaulted and, in some cases, never seen alive again. You might criticize me for trying to scare her, that’s okay – I can take it. I was trying to scare her. I was trying to impress upon her in the most profound ways I could, how one choice, one decision, one momentary lapse in judgment, could alter her future, forever.

They’re eighteen-years-old and we’re sending them away from home, sometimes for the very first time. They are legally adults, but the part of their brain that can see around corners and spot potential dangers isn’t yet fully developed. Scientists and physicians now know that our brains are not fully developed until about the age of 25. Car rental companies are familiar with this research – why do you think they will not rent a car to anyone under the age of 25?

It doesn’t matter how smart teens are or how well they scored on the SAT or ACT. Good judgment isn’t something they can excel in, at least not yet.

The rational part of a teen’s brain isn’t fully developed and won’t be until age 25 or so.

In fact, recent research has found that adult and teen brains work differently. Adults think with the prefrontal cortex, the brain’s rational part. This is the part of the brain that responds to situations with good judgment and an awareness of long-term consequences. Teens process information with the amygdala. This is the emotional part.

In teen’s brains, the connections between the emotional part of the brain and the decision-making center are still developing—and not necessarily at the same rate. That’s why when teens experience overwhelming emotional input, they can’t explain later what they were thinking. They weren’t thinking as much as they were feeling. – University of Rochester Medical Center

So, knowing all of this, I made my daughter swear to follow these three very basic rules when she went away to college.

This, I believe, is THE most important rule. Whoever you go out with, you stay with, and leave with – NO-ONE GETS LEFT BEHIND, PERIOD! There is no situation and no exception to this rule as far as I’m concerned. If five people go to a bar or party together, all five stay together and leave together. This is discussed and agreed to beforehand. No one person from the group is allowed to wander off to another area, out of the view of the group either, period! We can discuss a million different scenarios – I don’t care, you stay with who you went out with and no-one gets left behind. No one goes to the restroom alone. No one steps outside to take a phone call alone. No one is left alone, period.

As parents, we all wonder if our kids are listening to us when we talk – I know I do daily. So, I was so pleased with a story my daughter shared with me a few months into her freshman year. She was out at a party with a group of friends. A few feet away she was observing a girl she knew lived in her dorm but not someone she knew personally. My daughter reported that the girl was obviously intoxicated and talking with a young man who was trying to get her to leave with him; the girl was protesting weakly but they young man was relentless. Finally, my daughter marched over, put her arm around the girl, looked at the boy and said, “She’s with us. She’s not going anywhere, sorry.” The group my daughter was with saw the girl home safely to her dorm and her roommate. Proud mama moment.

Previous articleHow to Encourage Your New College Student
Next articleIt’s Not How Much Time You Spend With Your Kids, but the Quality of Your Time That Counts