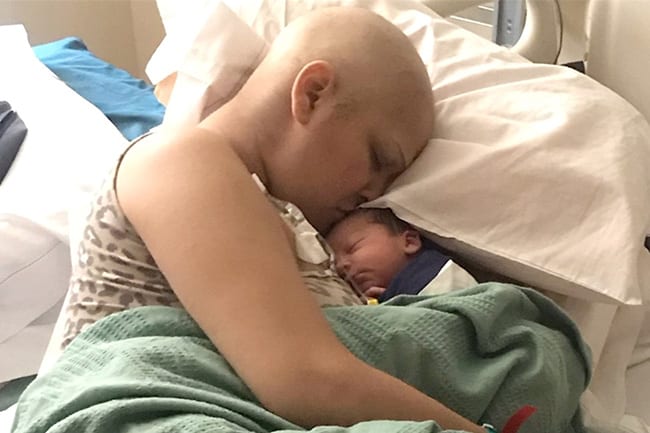 Just months after Jade Devis learned that she was pregnant with her first child in 2018, this mommy-to-be was faced with an unimaginable decision.

The 36-year-old from Rancho Cucamonga, California said she had experienced intense pain in her breasts since she first discovered she was pregnant last December.

Doctors and family members assured her that the pain was normal, and just part of pregnancy.

But in February, Devis discovered a quarter-size bump in the upper part of her left breast. It was most noticeable when she was lying down, and the oval-shaped lump was hard as a rock and painful when she pressed on it.

Despite her concerns, doctors said it was most likely a clogged milk duct, and recommended a six-month follow-up. But Devis insisted on a biopsy.

What they found was in fact, Devis’ worst nightmare. At just three months pregnant, she was diagnosed with stage 2 triple-negative breast cancer, a rare and aggressive form of the disease.

“I wouldn’t be here today if I didn’t ask for that biopsy,” she said. “Had I followed the doctor’s recommendations, I would be dead. It was such an aggressive tumor.”

In April, surgeons performed a lumpectomy, removing the large tumor and 10 of her lymph nodes.

The next step would be chemotherapy, but doctors believed Devis’ health now took priority over the young little life growing inside of her.

“My baby was too young to save, and it was life and death for me,” she says.

With little chance of survival against the chemicals that would soon burn her insides, Devis was encouraged to terminate the pregnancy.

But still, the decision for treatment was a difficult one.

“I felt trapped,” Devis says, recalling her treatment options. “The only way out was to do the one thing that I thought I wasn’t supposed to do, which is put my baby in harm’s way.”

That’s when Devis met Dr. Gayathri Nagaraj, a medical oncologist at the Loma Linda University Cancer Center. Together, with her son inside of her, they began the journey of battling Devis’ aggressive cancer.

“As a woman, you have this extra empathy for this patient in front of you because it’s difficult to go through chemo in the first place, and here she is having to go through her first pregnancy and chemotherapy,” Nagaraj told TODAY.

“We wanted to give her every opportunity for cure that we would offer a non-pregnant patient.”

Dr. Nagaraj explained that chemotherapy cannot be given to a pregnant woman during her first trimester as the fetus is only just forming critical organs. But some very specific chemo drugs are safe during the second and third trimester, she added.

“You normally think they’re safe in your belly, but in my case, he wasn’t,” Devis says.

After deciding to move forward with treatment, Devis had to undergo another surgery to install the port in her chest where drugs would be administered. At 25 weeks pregnant in May, she began chemotherapy. 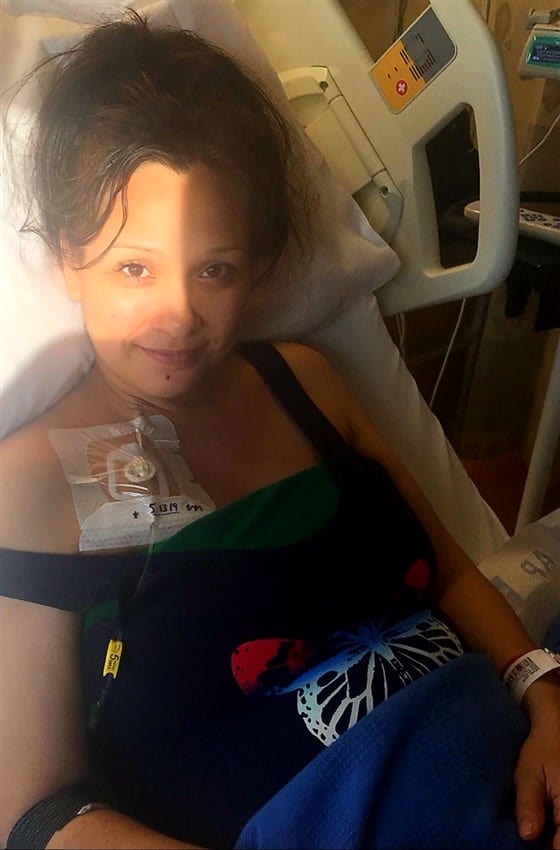 She did three rounds of the regimen called FAC-5, the most tried chemo treatment in pregnant patients.

Then in July, at full-term, Devis gave birth to a healthy, 6 pound, 11 ounces, baby boy. She named him Bradley.

“I felt like I’ve been holding my breath the entire time when he was trapped in my belly and I had to go to chemo,” she said. “I’m just happy he’s out of my belly. He’s safe now.” 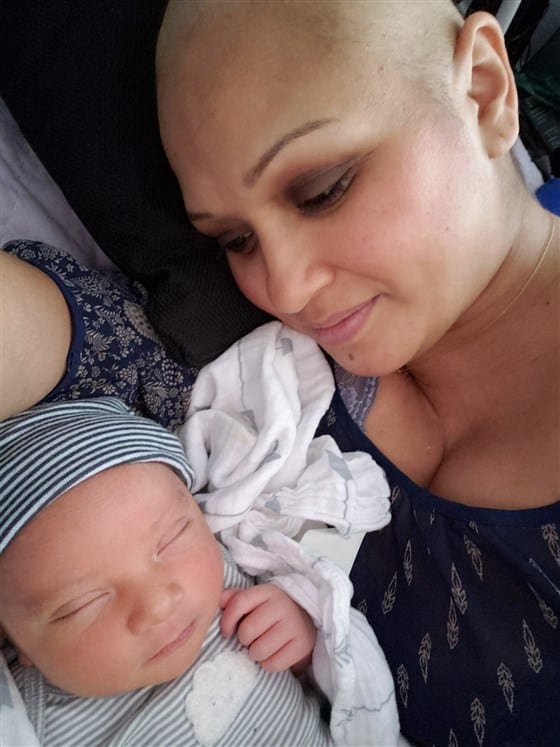 Although he’s here and healthy, Devis says she still worries about the possibility of Bradley developing different problems like autism or learning disabilities as a result of the treatments and stress she endured while carrying him. But as for now, Bradley is developing normally.

As if becoming a new mom isn’t tiresome enough, Devis, a single mom, is continuing chemo through November — now with a different formula of drugs since giving birth.

She says the effects of the cancer treatments on top of the fatigue of mothering a newborn is a lot to handle. It can also be physically painful for her to hold her baby because of bone pain.

A full-body scan after Devis gave birth shows she is now cancer-free. 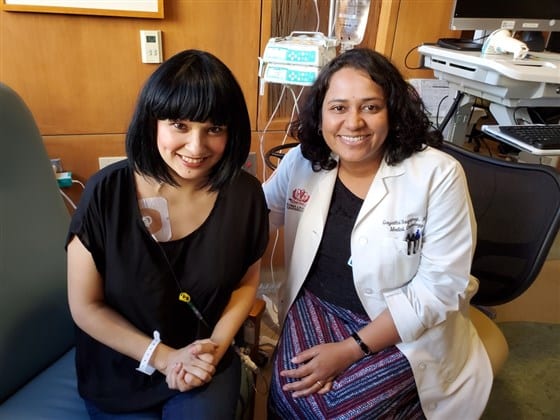 “She’s doing great,” Nagaraj said. “We’re proud of how she handled everything.”

As a doctor and a woman, Nagaraj hopes other expectant mothers who find out they have cancer will know that “there is hope.” She says Devis is just one example of the treatment options that are available.

Previous articleVerizon is Offering Customers a Full Year of Disney+ For Free
Next articleAshley LeMieux: What A Failed Adoption Taught Me About Courage