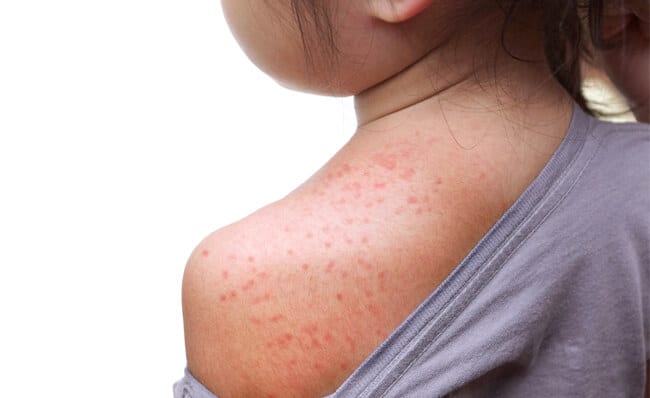 Health officials in the state of Washington have declared a state of emergency this week as they scramble to contain a measles outbreak that has now spread across two counties.

As of Monday Afternoon, there were 36 confirmed cases and 11 suspected cases of the disease. In Clark County, where 35 cases have been reported, 31 were not immunized.

Washington State Governor, Jay Inslee issued the state of emergency Friday with a statement warning the public about the deadly effects of the virus saying, “Measles is a highly contagious infectious disease that can be fatal in small children.” He added that these confirmed cases pose “an extreme public health risk that may quickly spread to other counties.”

According to CNN, one person infected with measles attended a Portland Trail Blazers home game during the outbreak. Others visited airports, schools, stores, restaurants, and churches, leaving an untold number at risk of infection.

Measles is a contagious virus that spreads through the air through coughing and sneezing. Symptoms include a high fever, rash all over the body, stuffy nose and red eyes. Without treatment, the symptoms often disappear within two to three weeks.

According to the Centers for Disease Control and Prevention, measles was declared eliminated from the United States in 2000 after more than 12 consecutive months of an absence of the disease.

But with anti-vaxxers growing at a rapid rate, the United States is facing new risks of transmission.

The CDC reports that one or two of every 1,000 children who gets measles will die from complications. One out of every 20 children with measles will get pneumonia, which ends up being the most common cause of death from this preventable disease.

In response to the state of emergency, the Washington State Department of Health (DOH) has implemented an infectious disease Incident Management Structure to manage public health concerns and reports through investigations and lab testing. Many other departments will have to coordinate their resources, funding, and efforts as well.

The CDC recommends people get the measles, mumps and rubella vaccines which are effective at preventing the disease when given prior to exposure. The typical recommendations are that children should get two doses of MMR vaccine, the first between 12 to 15 months of age and the second between 4 and 6 years old.

Previous articleThis Simple Poster Can Save Your Child From Sexual Abuse. Download It for Free
Next article‘We’re All Deformed’ — What I Want My Kids to Know About Accepting Others