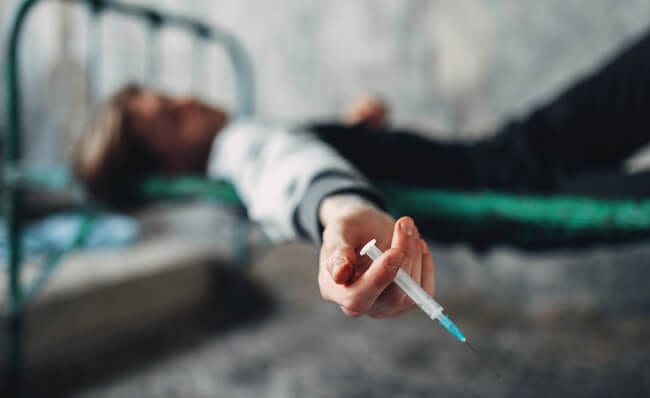 BREAKING: Americans Are More Likely to Die From an Opioid Overdose Than a Car Crash

The National Safety Council has released a new report this week assessing the odds of dying in America from various accidents or diseases, and the results are shocking.

Based on the Council’s 2017 data, researchers have found that for the first time on record, your odds of dying from an accidental opioid overdose are greater than dying in a traffic accident.

While the odds of dying in a car accident are 1 in 103, it’s the first time ever that the odds of overdosing on an opioid is more likely with estimated odds of 1 in 96.

The statistics are NOT because cars are getting smarter and safer, making way for other risks to be more likely. In fact, these two statistics aren’t dependent on each other at all, but rather, showcasing a national crisis that is LITERALLY killing off a generation.

Opioid use and abuse in the United States has hit an all-time high in recent years with over 130 deaths everyday from opioid overdoses. That’s one person every 12 minutes.

Experts believe the cause is rooted in over-prescribing addictive prescription pain relievers as well as the growing market of heroin and synthetic opioids like fentanyl. The Centers for Disease Control and Prevention estimates that the total “economic burden” of prescription opioid misuse alone in the United States is $78.5 billion a year, including the costs of healthcare, lost productivity, addiction treatment, and criminal justice involvement.

According to drugabuse.gov, opioid overdoses increased by a drastic 30 percent from July 2016 through September 2017 in 52 areas in 45 states, while the Midwest saw a staggering 70 percent increase in opioid overdoses during that same 15-month time frame.

What’s worse is that these statistics are likely much higher in actuality. A study in the journal Addiction found that deaths by opioids are probably underreported by 34 percent, simply because many death certificates don’t specify the type of drug, or because there was another drug in a person’s system that was listed instead.

So how do we combat this crisis that’s plaguing our nation? Ken Kolosh, manager of the National Safety Council puts it best saying, “Your odds of dying are 1 in 1. But that doesn’t mean we can’t do something. If, as a society, we put the appropriate rules and regulations in place we can prevent all accidental deaths in the future.”

The NSC also recommends educating doctors, educating the public, and developing better access to treatment and recovery support for those who are already battling addictions.

Previous articleAn Open Letter to My Children: I Love You, But You’re Not That Great
Next articleMoms and Dads: Don’t Be a Helicopter Parent, Be a Lighthouse Parent