As a mother, I think it’s safe to say that the loss of a child is every parent’s worst nightmare. I have not suffered this particular tragedy, so I can only imagine the grief that accompanies losing your child in a stigmatized way, such as a drunk driving accident where your child was driving, or of a drug-related problem like a heroin overdose.

Because of the epic opioid crisis in our country right now, the latter issue is one that too many parents are facing today. Losing your child from a heroin overdose comes with extra grief because your child’s death is seen as his or her fault, and those addicted to opioids are often written off as worthless.

But here is the truth: all life is precious, even the lives of those who are addicted to drugs or alcohol. One mom, Bonnie Sesolak, is on a mission to make that truth known, and help others from succumbing to opioids. I recently read her story on The Voices Project, and I found it to be so compelling that I just had to share it. 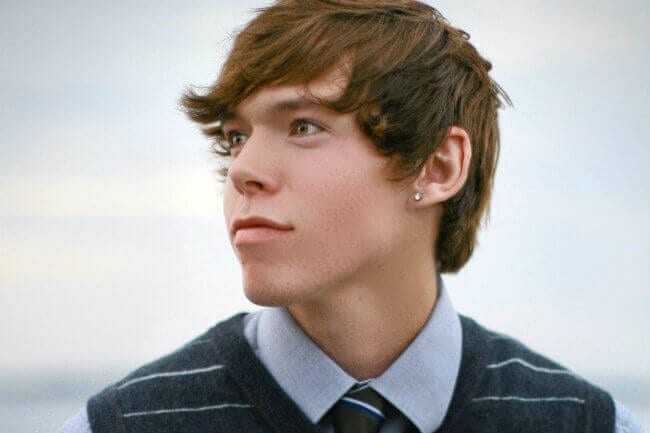 Bonnie’s son Cody died of a heroin overdose at age 21. She wants everyone to know that he was more than just the cause of his death.

In her essay about Cody on RyanHampton.org, Bonnie writes:

Our family’s life was forever changed by an unspeakable tragedy when we lost our beautiful boy, our 21 year old son Cody, to a heroin overdose. This monster stole his dreams, our dreams, and the wreckage left behind is un-navigable.

She goes on to describe how Cody was far from what we typically think of as a “drug addict.” The truth is, no one is immune to the powers and dangers of opioids. Cody, she says, was as typical and gifted as could be. He wasn’t an “at risk” kid.

What does addiction look like? Surely not my gifted, gregarious, smart, compassionate son? Cody was the athlete that everyone wanted to be. Cody was talented, and smart. He had a beautiful girlfriend a family and friends that loved him beyond words. He loved his little brother, his dog, and He was one of the most caring, compassionate people on this planet. I truly believe that his caring, loving soul was too good for this world. He died in our home, in his bedroom.

Previous articleViral Video: Man Saves the Day and Dances With Little Girl Left Alone on the Dance Floor
Next articleWork From Home Mom Fired — Her Kids ‘Made Too Much Noise’ During Work Calls