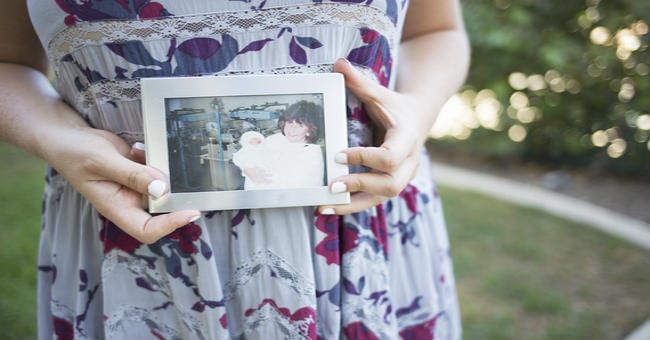 A Letter to the Children Who Lost Parents on 9/11: This is Not Who You Are

I struggle to go anywhere near social media on 9/11. So many people write well-meaning posts on their Facebook pages and sweet remembrance tweets on their Twitter accounts, filling up Instagram with pictures of the Twin Towers. But I find it a little hard to scroll through and read.

I understand people want to share, wanting to memorialize this day. Sharing out of a need to even begin to conceptualize the horror that struck our country on this day eighteen years ago. And this day should be remembered and I’m glad that people do, that they are pausing for a moment to think of all of those lives lost and those who lost them.

But I struggle to see it and read it because what happened on this day has forever impacted some people’s every day. And I get that. So I think about all those who don’t have to vow one day a year to never forget because it is wholly impossible for them to go a day without remembering. It is to them that I am writing this letter. To those who live with this as a constant reality. And specifically to all of those children who lost a parent on this horrible day eighteen years ago. To those children who were so young that they can’t even remember the parent that they lost — this is for you. I want you to know that I see you. I get you. I am one of you.

I didn’t lose a parent on 9/11, but before 9/11 the biggest terrorist attack against American civilians was the bombing of Pan Am 103 over Lockerbie, Scotland on December 21, 1988. It will be thirty-one years this December. Thirty-one years that I have had to live without my mom while knowing that someone premeditated her murder and killed her in an act of hate. I was eleven months old. Too young to remember her, yet having spent my whole life growing up with the awareness of how I lost her. 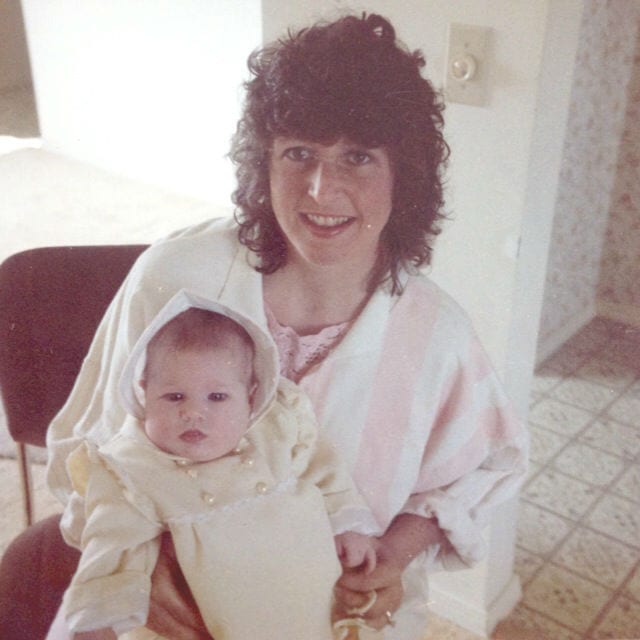 This is to you-to those of you who were just babies when you lost a parent. You’re about eighteen or nineteen now. Some of you are even younger. Some of you weren’t even born yet and your entrance to the world also mingled with death as someone that should have been there didn’t even get to see you born. And yet you all were thrust into this tragic story when you were too young to even know what was going on around you. I know what it is like to look back on your life and not remember a moment when this tragedy wasn’t part of it. Part of your awareness. I get having to grow up trying to make sense of a loss that is so entirely personal yet feels so completely abstract because even though you have lived through it, you don’t remember it.

It’s hard. It is so hard. I don’t think people realize how hard it is to grow up when you have lost a parent in such a tragic way-in such a public way. Because everyone around you remembers the one you lost even though you don’t. And they may tell you all about that parent, but you can’t help but feel somewhat detached because you don’t know them. You look at pictures, maybe see old home movies of your infant self in this person’s arms. Some of you feel the ache of that person missing in your life. Others of you wish that you were able to feel something, anything, toward the one that you lost, but you just can’t remember. It’s okay to feel that way. I have felt that way. It’s okay to have moments when it is hard to feel. You’re meant to feel a void-you lost your mom or dad. A part of you. There is something missing. Someone.

I want to tell you not to believe the lie. Because you will have so many people tell you as you grow up how lucky you were that you lost your mom or dad when you were so young. They’ll tell you that it is easier for you because you don’t have a memory, that the loss isn’t so great because there is less to miss. But that’s not true. It’s just a different kind of hard. Because you may not have felt it yet, but someday you will. Someday, whether months from now or years from now, you will truly realize what you had and what you lost, and you will grieve the loss of one you didn’t even get to know.

And I’m going to be upfront and tell you that it may be one of the hardest things that you will ever do, facing that loss. Facing their absence and also how they died. I was twenty-one when it finally caught up with me, when I truly felt the pain of the mom I lost. And suddenly she became all I ever wanted and all I could never have. It was so many years later and I finally entered the grieving process all on my own with no one around me to understand the utter complexity of mourning someone you never got to know. Others around you may sympathize. They have grieved, too. But it is a wholly different thing to face the loss of a person you didn’t even get a chance to know because someone took that chance from you. And when that moment comes, I pray that you’ll embrace the pain. Because it will lead to healing, healing of a massive wound you may not even be aware that you have.

It’s going to be hard at times as you continue to grow up. There may be moments when you resent people telling you stories about that parent that you lost because you’ll be upset that you don’t have a memory of your own. And someday someone will say something about that parent that totally shatters the idea of them that you have built in your head all these years and it will leave you all sorts of confused and be just another reminder that you didn’t get to know them.

It may make you crazy to be able to look around at everyone you know closely in your life and realize that they have a memory, even if only one, of that person that you lost and yet you have none. It will seem unfair, because it is unfair. You should have gotten to know your mom or dad. It sucks. In absolutely every way. And I’m hurting for you thinking about those moments that you will live because they are hard and so many people around you will not understand that.

You lost someone invaluable and you don’t even know them. But you also lost them in such a public way. And the entire world knows about it and will talk about it. So many people will come up alongside you telling you that they understand and that they know, but they don’t. It doesn’t get easier hearing people talk about your tragedy, but somehow you learn how to manage it more. There will be times when you cannot escape it-your personal tragedy all over the news once again. And so many people will identify you with the horrors that happened to your family on this day. But this is not who you are. A terrible thing happened to you fourteen years ago, but it is not who you are. You are not 9/11. You are not the death of your mom or dad. You are you. So when people look at you and only see your story, remember that I see you. I know. There is more to you than that.

Yes, you are not your story, but it will shape the person that you are. And you are given an opportunity to choose the impact that it will have in your life. You are in a unique position to understand something so raw and real about life at such a young age that other people may never understand. It may be extremely hard, but you can turn something so horrible into something good. You can use your pain and your position of mourning the loss of someone you never got to know to help others in their struggles. You can simply choose to be happy, to feel joy, when the reality of what happened that day catches up with you and threatens to take that from you-and although I say simply, that is not a simple thing to do. But when you choose joy, you choose victory. And I pray you will be victorious over your pain.

I’m mostly writing this letter because I just want you to know that I understand.

I understand the loss that you are facing in ways that your mom or dad, even other brothers or sisters may not be able to understand because they do remember that person. I want you to know that I know what it feels like when that anniversary comes around each year and you know it’s a big deal but at the same time you don’t even know what to feel. I just want you to know that I see you and your unique pain, that I have walked the road that you are walking. I am walking it still. Sometimes you just need to know that someone else gets it, that someone else has gone before you. And I do, I have. You’re not alone in this. At times it may feel that way, but it’s not true. I’m here for you. I pray you find the courage to be uniquely you and to feel whatever it is you need to feel.

And again, just so you’ll remember-you’re not alone in this.

An earlier version of this article originally appeared at the Huffington Post, published with permission.

Kelly Halsch
Kelly is a photographer and an author of inspirational fiction. She blogs over at kellyhalsch.com which is a lifestyle blog where she shares her heart on topics such as faith, loss, health, travel, and photography. Having experienced a very public loss as a child, she is passionate about helping others journey through the grieving process and walking alongside children as they cope with the death of a parent or close family member. For more of Kelly, you can find her on Facebook, Twitter, and Instagram.