To My Kids: It’s Not About Winning. It’s About Giving It Your All. 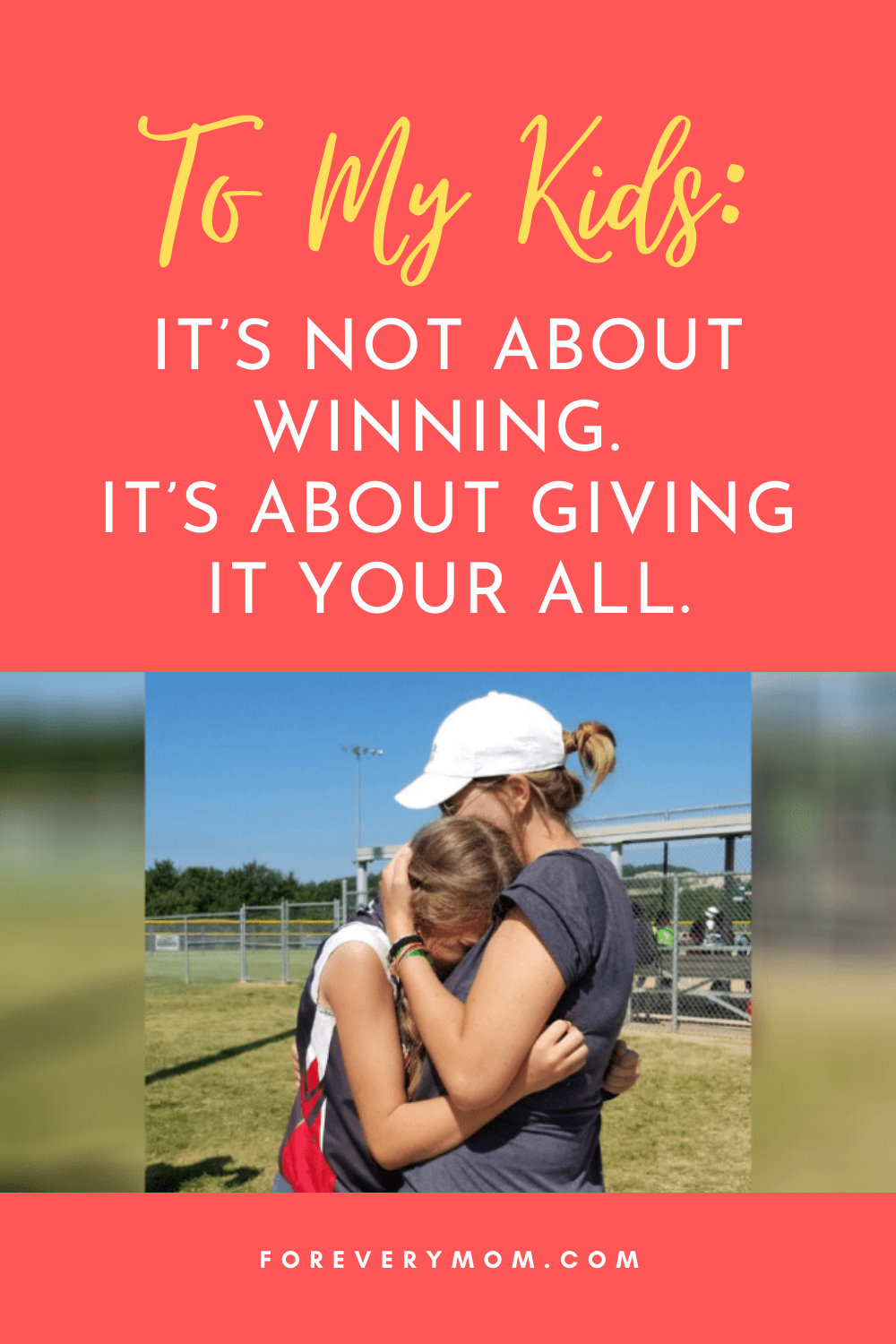 No child is perfect

Even worse than the parent praising lack of effort is the parent who insists their child can do no wrong. My mother was that way to an extent. I was a little heathen at times and got in trouble at school for talking out of turn or being sarcastic. And when Mama was called to the school, she usually defended me, insisting that I didn’t mean any harm or that calling her hadn’t been necessary. (Except for the one time I got a paddling at school for writing a really rude note about a teacher I loathed, and she tore up my backside with a hairbrush when I got home too. I still flinch at the sight of a wooden brush.)

As parents, we want to believe the best concerning our children. But if you show me evidence that my darlings have misbehaved, they will be punished—not defended and coddled.

I know several parents who commend every move their children make, but one woman, in particular, makes me madder than a wet hen. I guess she means well, bless her heart, but sometimes I want to interrupt her over-the-top praise and say, “Have you seen the stuff your little Tiffany posts on Instagram? And I watched her beat up another kid at the park right before robbing an old lady at gunpoint. Tiffany can be lower than a snake’s belly in a wagon rut. Please quit pretending she’s all rainbows and sprinkles and holier than thou.” Little Tiffany is a brat, plain and simple. And her mother’s refusal to see her true behavior and discipline her is a crying shame.

Sports parents are the worst about bragging on their kids. I had a conversation at a softball tournament with a woman who called her child a prodigy. Repeatedly. “Babette Ruth” is only eight, Danielle. Let’s not call in the college recruiters just yet. At least wait until she finishes eating her Ring Pop in the outfield before getting ESPN on the line.

And if the future softball World Series pitcher throws eight-een balls in a row, there’s always a plethora of excuses. Danielle paces around the bleachers telling all the parents, “She didn’t warm up. She was up late last night. She forgot to take her steroids this morning.” I’d love to hear Danielle say instead, “She’s only eight and still wets the bed. No one expects her to throw a seventy-three miles-per-hour screwball.”

It’s great that Danielle is proud of her daughter and thinks so highly of her. My children know how proud Jason and I are of them. And I don’t want my lack of praise to be confused with abuse.

I don’t tell my kids they suck. I always offer encouragement when they are down. When I know they’ve put in hard work and still haven’t succeeded, we talk about not giving up and about knowing their worth in Christ. I remind them that they are chosen according to the purpose of God—and that purpose may not always be an athletic scholarship or gold medal.

Thinking back to that elementary basketball game so many years ago, if Natalie Ann had been aggressive instead of chewing her cuticles and she’d still failed to stop the ball or make a layup, I would not have been disappointed. She’d have gotten her pat on the back and her cookie. And if Bennett had stuck his lip back in and just sung the darn song about sunglasses and summer vacation—even off key—I’d have kissed all over his fat little cheeks and told him he’d done great.

I’m not over here locking kids in closets because they missed a pop fly or struck out at the plate.

I’m not whipping them with piano wire and drumsticks. However, I don’t believe that loving children means you must constantly praise them. I’ll never let them believe that failing to give it all they’ve got is okay. They’ll never be told by me that they are entitled to anything.

It’s not about winning. It’s about giving it your all. 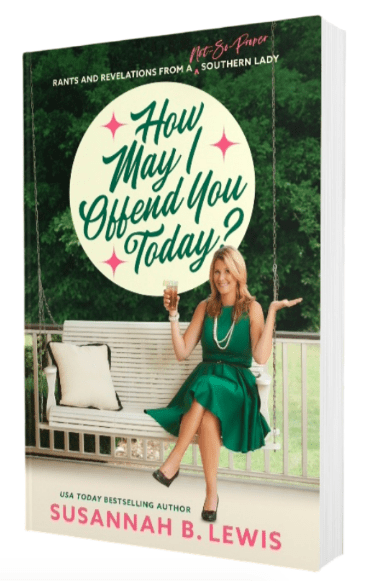 this …
Excerpted with permission from Thomas Nelson from How May I Offend You Today by Susannah B. Lewis, available now.
Previous articleTo the Mama Who Is Doing Elf on the Shelf Even Though She Doesn’t Want To
Next article‘Mommy, I Don’t Want You to Die!’ — How to Talk to Your Children About Death