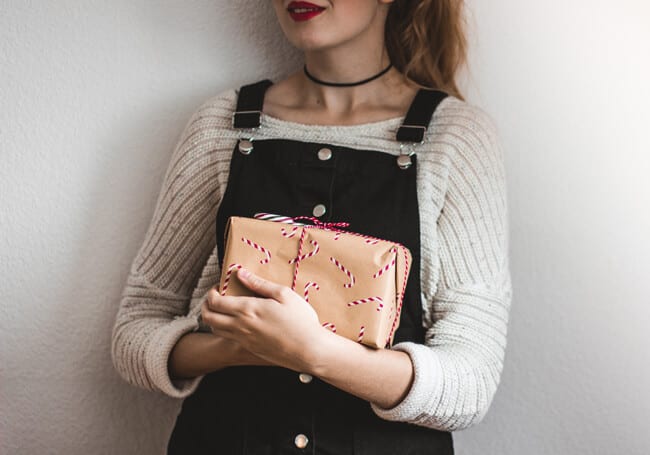 Sometimes the Best Gifts Come in the Worst Packaging

Sometimes the best gifts come in the worst packages. At least, that was the message from a woman I had never met whispered into my ear as I snot-nosed cried into her jean jacket. She had to turn off her mic so the crowd couldn’t hear me bawl.

And I was embarrassed.

My outfit, manicured nails, and poise—all of it gone, drenched in tears and snot. What woman doesn’t want to completely lose it in front of her church crowd? I came to the retreat purely because Kim (the Pastor’s wife) asked if I would help greet. And really who says, “No,” to the Pastor’s wife, right?

But this woman who was invited to speak–her message was mine! Only I didn’t know it until she began to unpack every detail and weave her past into my present. She had delivered a message about the night her world changed when her husband became paralyzed but with a twist. Her worst nightmare became the gift she never expected.

My current circumstances were much less dramatic but left me feeling sucker punched as I gasped for air standing in the aftermath. In less than a month my world had been tossed, shaken, and sifted. Much like Dorothy’s house in the Wizard of Oz. By the time the dust settled every inch of my life had changed.

I would be putting my house on the market—the home I brought my newborn babies to.

I would be saying good-bye to a career I adored.

I would be finding a new school for my son.

I would be finding additional help for my autistic daughter.

I would be learning how to rebuild my marriage and trust my husband.

I would be fighting a cancer scare with a total hysterectomy.

But this is what happens when you say “Anything,” to God when you begin to feel empty.

Several months ago I woke up one morning feeling burned out; feeling as though this life wasn’t all it was supposed to be. I was feeling empty and hollow.

I was using all of my gifts, all of my abilities, being busy, living, creating, and doing. I lived and breathed my career and I lived for my kids, going to bed at 2 a.m. and waking at 6 a.m. just to do it all over again.

Burn Out. There had to be more.

That’s when I prayed, “Lord, something needs to change. I want to change. Use me.”

Here’s the thing, we grow up dreaming of the perfect career, the white picket fence, prince charming and cute kids all the while saying “Jesus, yes of course I love you more than anything but please don’t touch this area of my life. In fact bless it this way…” But then God smiles while thinking, “Many are the plans in the mind of man, but my purpose will prevail.”

And that’s how I found myself sobbing in front more than one hundred women when the speaker cupped my face, wiped my tears and said, “There’s no shame in what you’re doing. There’s no shame in going where you’re called.” It turns out BURN OUT is one of such gifts. And it’s like that for most gifts wrapped in ugly packaging. The image that stands out the most is Jesus. Newborn, wrapped in strips of dirty cloth and laying in a cattle stall. Other ugly packages come to mind:

Loneliness—a chance to seek Him.

The manger, the cross and the tomb—Jesus and Salvation.

Yes…sometimes even the ugliest of circumstances, the ugliest of packages has something beautiful within. I don’t know what path you’re walking but I want to take you in my arms, cup your face and tell you “Face it with fresh eyes, His eyes. Chances are—you just might find the gift within.”

Heather Riggleman
Heather Riggleman calls Nebraska home (Hey, it’s not for everyone). She roams small towns looking for stories and coffee with her husband and three kids. She writes to bring the perspective of bold truths and raw faith into universal concepts women face from marriage, career, mental health, depression, faith, relationships, to celebration and heartache. Heather is a former national award-winning journalist and the author of Mama Needs a Time Out and Let’s Talk About Prayer. Her work has been featured on Proverbs 31 Ministries, MOPS, Today's Christian Woman and Focus On the Family. You can find her on Facebook, Instagram Instagram, or at heatherriggleman.com.