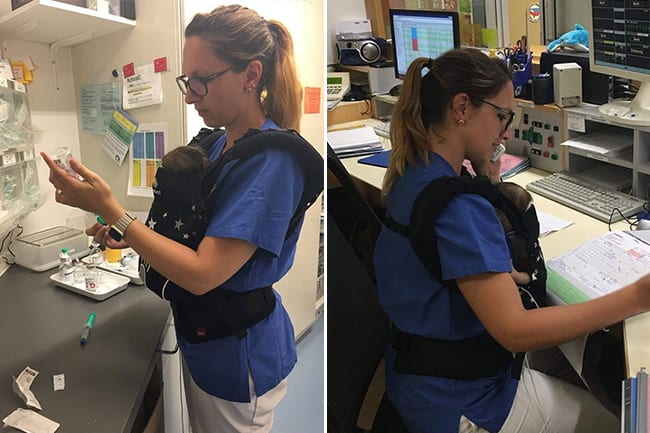 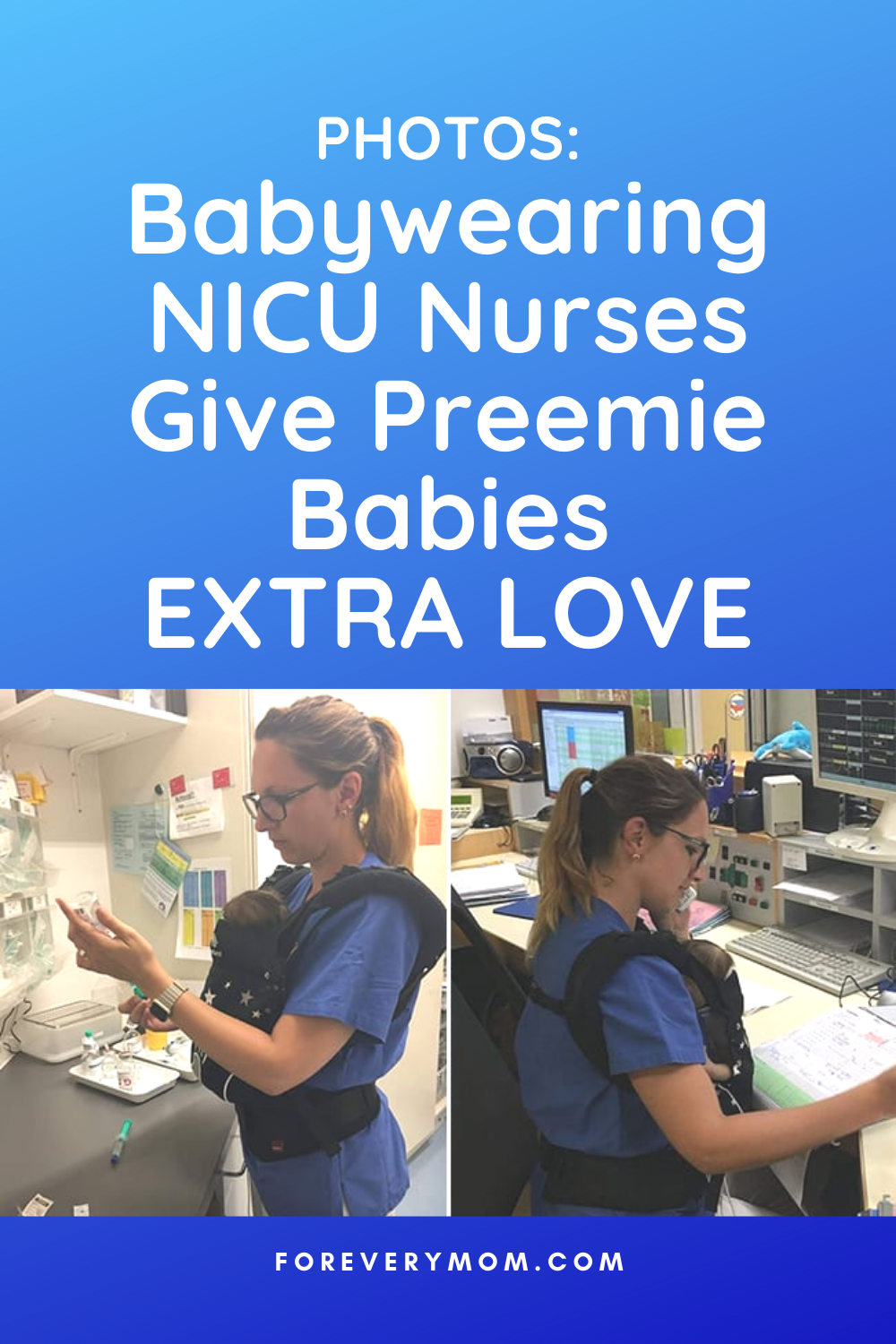 Photos of NICU (neonatal intensive care unit) nurses are warming hearts across the internet this week for ALL the right reasons.

In a Facebook post shared by Kangatraining Australia, NICU nurses in Germany are seen babywearing their little patients as they go about their daily routine. 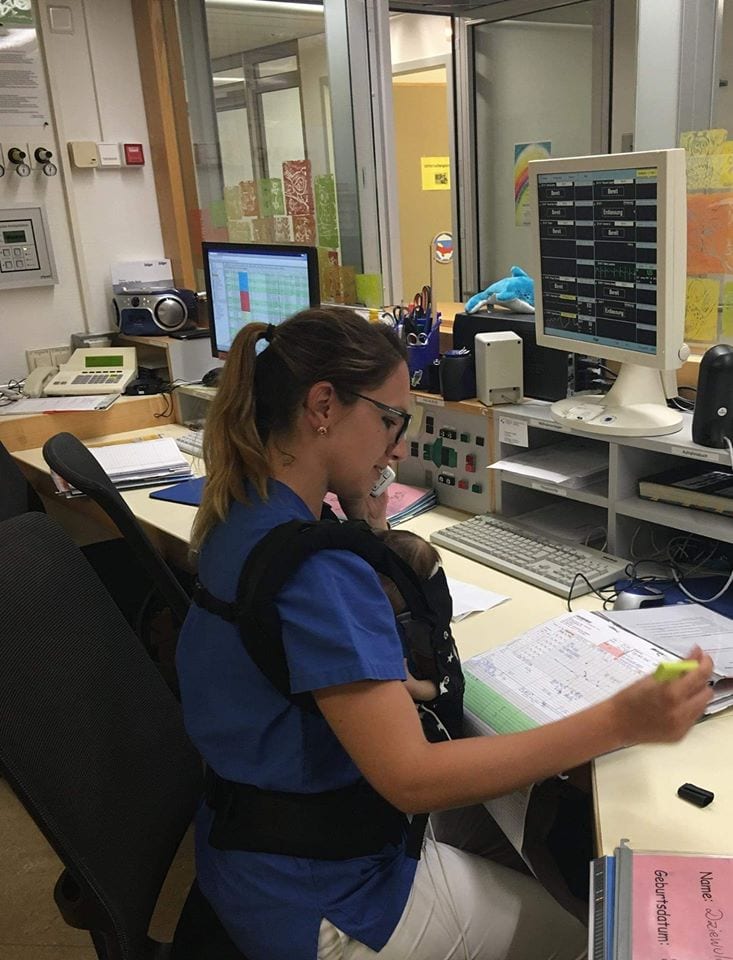 Babies in the NICU are generally either sick or born prematurely, requiring extra-intensive, round the clock care until they’re strong and healthy enough to leave the hospital.

In most hospitals in the U.S., NICU nurses are assigned to only one patient at a time, giving these tiny little babes lots of undivided attention. 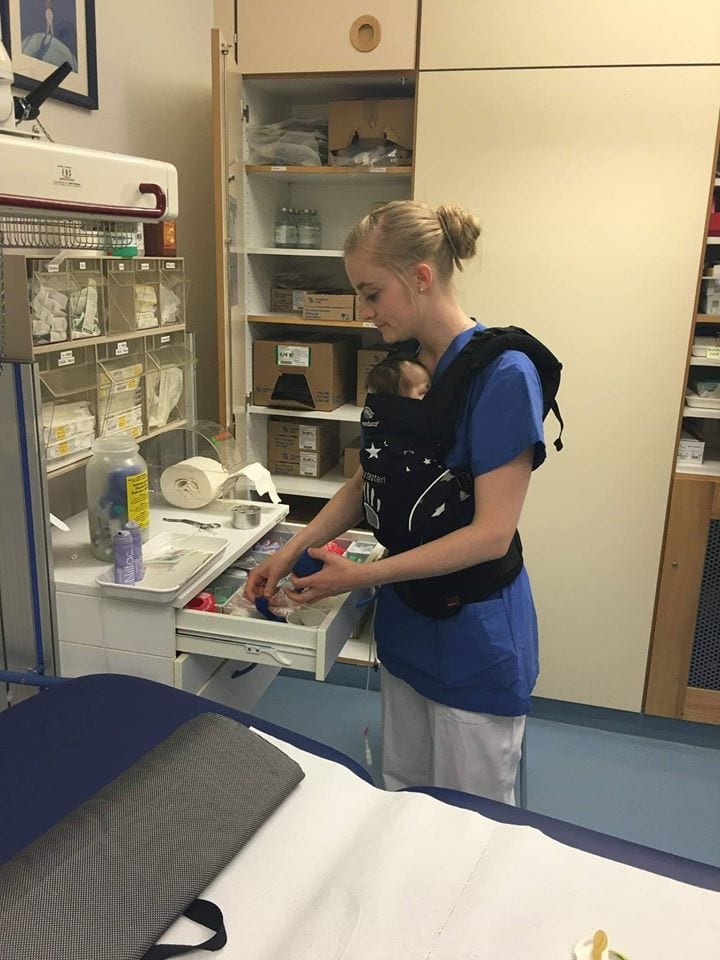 Any parent who has spent time in the NICU knows that the extra care and love shown to them by these special NICU nurses makes all the difference. In many cases, parents are unable to be at the hospital all hours of the day, leaving many new moms feeling guilty or helpless in providing baby’s most simple need: physical touch.

According to Dr. William Sears, the pediatrician who first coined the phrase, attachment parenting, infants who are carried are generally calmer, as more of their primal/survival needs are met.

“The caregiver can be seen, heard, smelled, touched, tasted, provide feeding and the motion necessary for continuing neural development, gastrointestinal and respiratory health, and to establish balance (inner ear development) and muscle tone is constant,” he says.

That’s where babywearing comes in, and why these NICU nurses are getting high praise.

“This was my biggest stress and concern when my baby was in the NICU,” one NICU mom said in the posts comments. “I couldn’t tell you how many times I told my husband one of us needed to be there because I just knew he needed to be snuggled and touched. NICU nurses are the most amazing humans.” 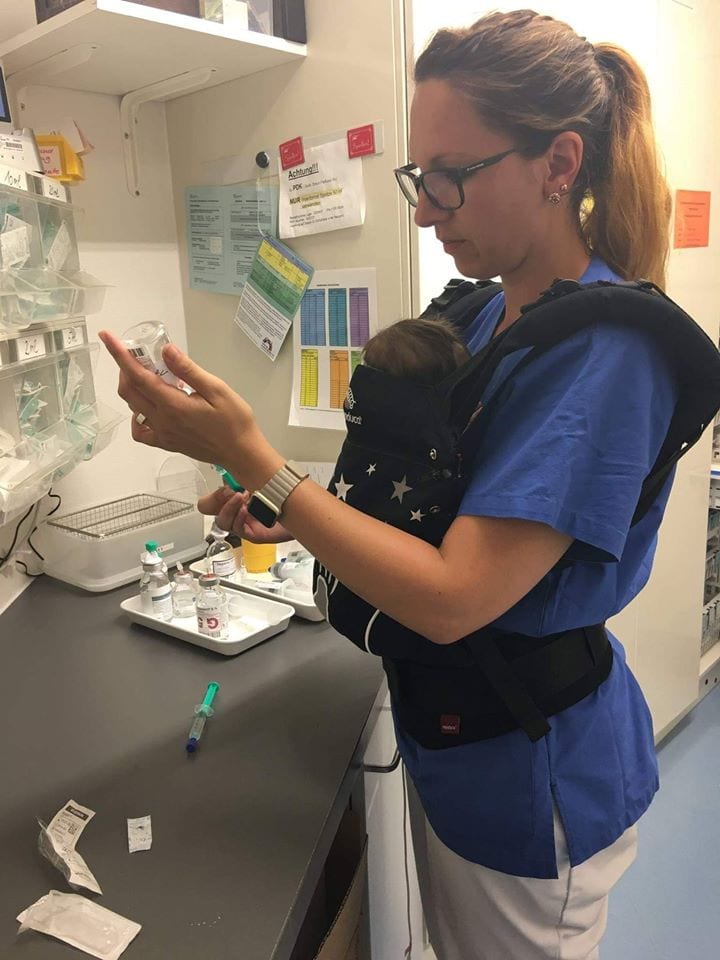 The common theme among moms with babes in the NICU is this automatic guilt for not being able to be there. These hero NICU nurses were able to take some of that guilt off of their shoulders.

“This is beautiful. After having Elliot in NICU for so long and far away, seeing this is just amazing! So thoughtful, the guilt I had leaving him was heartbreaking. What a lovely idea,” one mom wrote in the comments.

“So sweet!! My little peanut [was] born at 32 weeks!! He’s finally home after a long two months!!! They gave my little boy a lot of love and cuddles when I couldn’t be there! Forever grateful for those nurses who took special care of him!” another mom gushed.

One thing is for sure, these NICU nurses are true gifts! Thank you for all that you do to care for the world’s tiniest little humans.