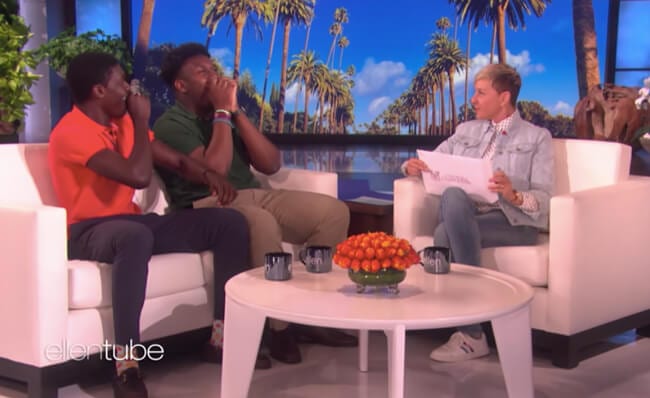 Two high school seniors from Summerville, South Carolina got the surprise of a lifetime Tuesday when they appeared on The Ellen Show.

Jaheim President and Darius Smith are the first in their families to pursue further education after high school, and they share a dream to become public educators. They have their sights set on attending the College of Charleston in the fall.

The boys told Ellen that they have been inspired by the teachers who have come alongside them, including one who accompanied them in the audience, Victoria Merritt. They hope to influence future generations the way their teachers have been there for them

“My main inspiration to become a teacher was because for the kids, I wanted to be what I didn’t see when I was growing up,” Darius explained.

The teens share similar experiences, and their desires to become teachers are rooted in their lack of a father figure. As they’ve grown up, both teens have recognized the important roles that teachers have played in filling those voids in their lives.

“For me, I didn’t have my father growing up,” Jaheim explains, “my teachers have impacted me…so I believe that teaching is the greatest way I can give back to what they have done for me.”

Two of the most well-spoken teens I’ve ever watched on television, you can’t help but to be captivated by their joy and enthusiasm for becoming a teacher.

Both boys were simply excited to be talking about their dreams on Ellen’s white couch, but neither of them could have expected what she had up her sleeve.

Darius had already been accepted to the College of Charleston, but Jaheim has been stuck waiting in suspense.

That’s when Ellen pulls out his college acceptance letter on air!

She opened it up and joked about him not making the cut before surprising him with the news he’d been anticipating for months. I mean, what could be better than getting your college acceptance letter from Ellen Degeneres?!

But the surprises didn’t stop there.

As the boys celebrated getting one step closer to making their dreams come true, Ellen revealed to them that the College of Charleston had heard their story, and wanted to cover the cost of their tuition for ALL. FOUR. YEARS.

Shut the front door! Can you imagine?! And you wouldn’t believe it, but she wasn’t done. 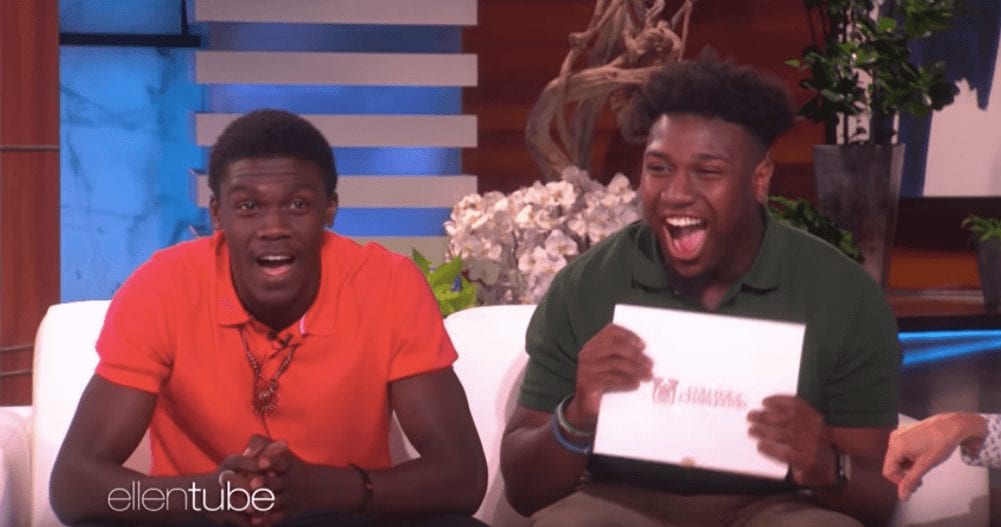 In partnership with Cheerios, Ellen then gifted Ashley Ridge High School with $10,000 AND gave each of the boys an additional $20,000.

What an unbelievable gift these teens have been given! We are praying for big things in their future, and can’t wait to see the many ways they pour into the next generation.