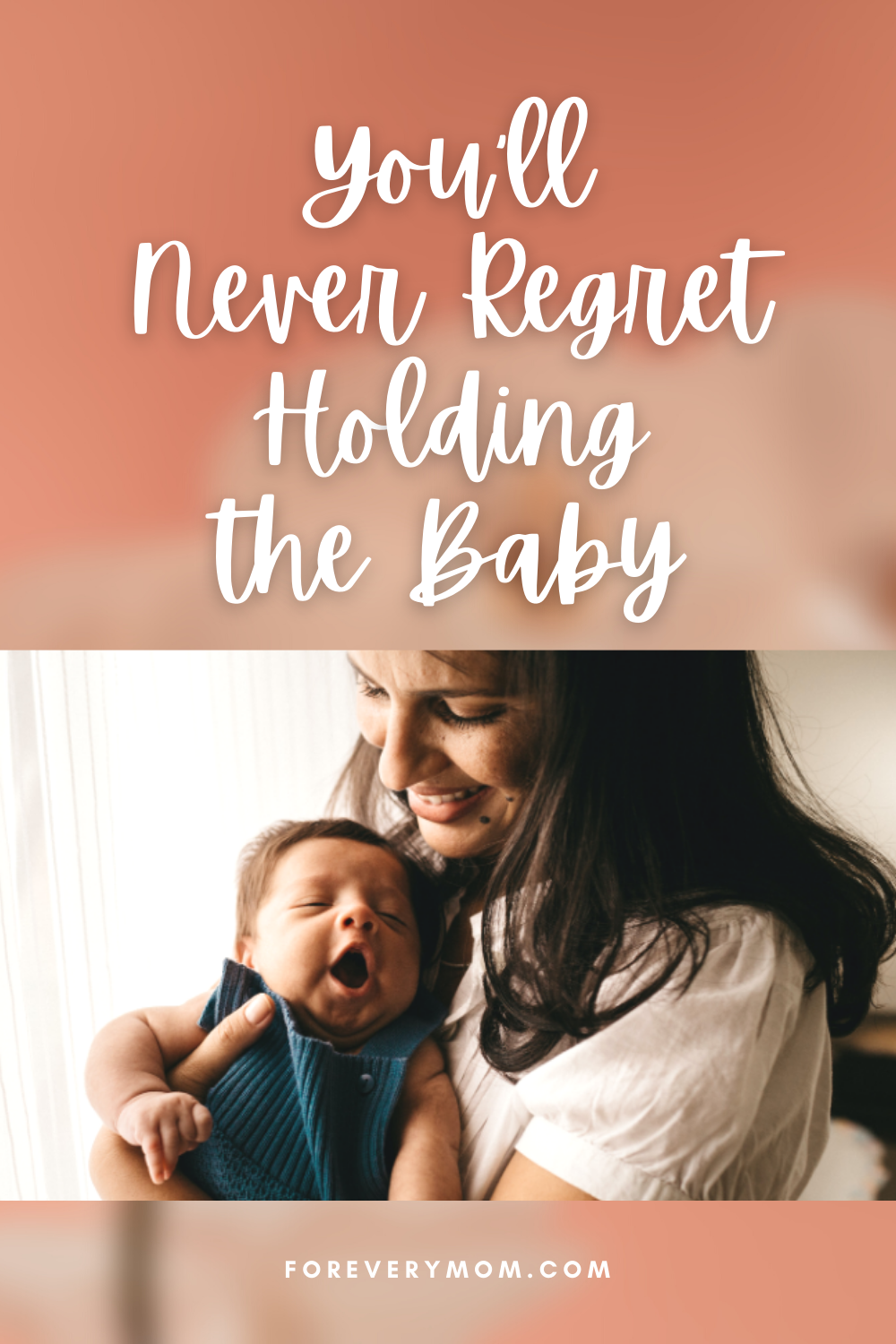 “Do you ever put that baby down?”

Usually I’d smile a cheesy grin and say, “no,” however there were moments when that question was filled with a judgmental tone and I’d roll my eyes with my response.

I held her a lot.

You could say I spoiled her.

Doctors would say I should’ve let her cry it out more.

You could say I broke a lot of rules because of the nights I’d sleep with her in my arms in the rocking chair.

But the one thing you can’t say is that I regret holding that baby.

Because now she’s a busy toddler and wants nothing to do with Mama’s arms unless she’s hurt or is tired. She’s too busy running around and chasing her big brother.

As moms, we get a lot of unwarranted advice from others. We get a lot of judgmental comments about our choices when it comes to our parenting. And as a result, we find ourselves comparing ourselves to other moms (and maybe even questioning ourselves).

But I can guarantee you one thing: you’ll never regret holding the baby.

Sure, you may have issues with sleep training or getting them to self-soothe, but those phases are short. And that baby phase is pretty short, too.

You’ll blink and they’ll be walking.

You’ll turn around and they’ll start running away from you.

And you’ll wish you would’ve held them more when they let you. You’ll pray that they’d let you just hold them tight and snuggle them. You’ll wish you could rock them to sleep again and watch those little eyes flutter as they’re dreaming.

So ignore the judgmental comments.

Listen to the unwarranted advice but you do you, Mama.

Don’t worry about what others are doing . . .

And just hold the baby.

You won’t regret it. 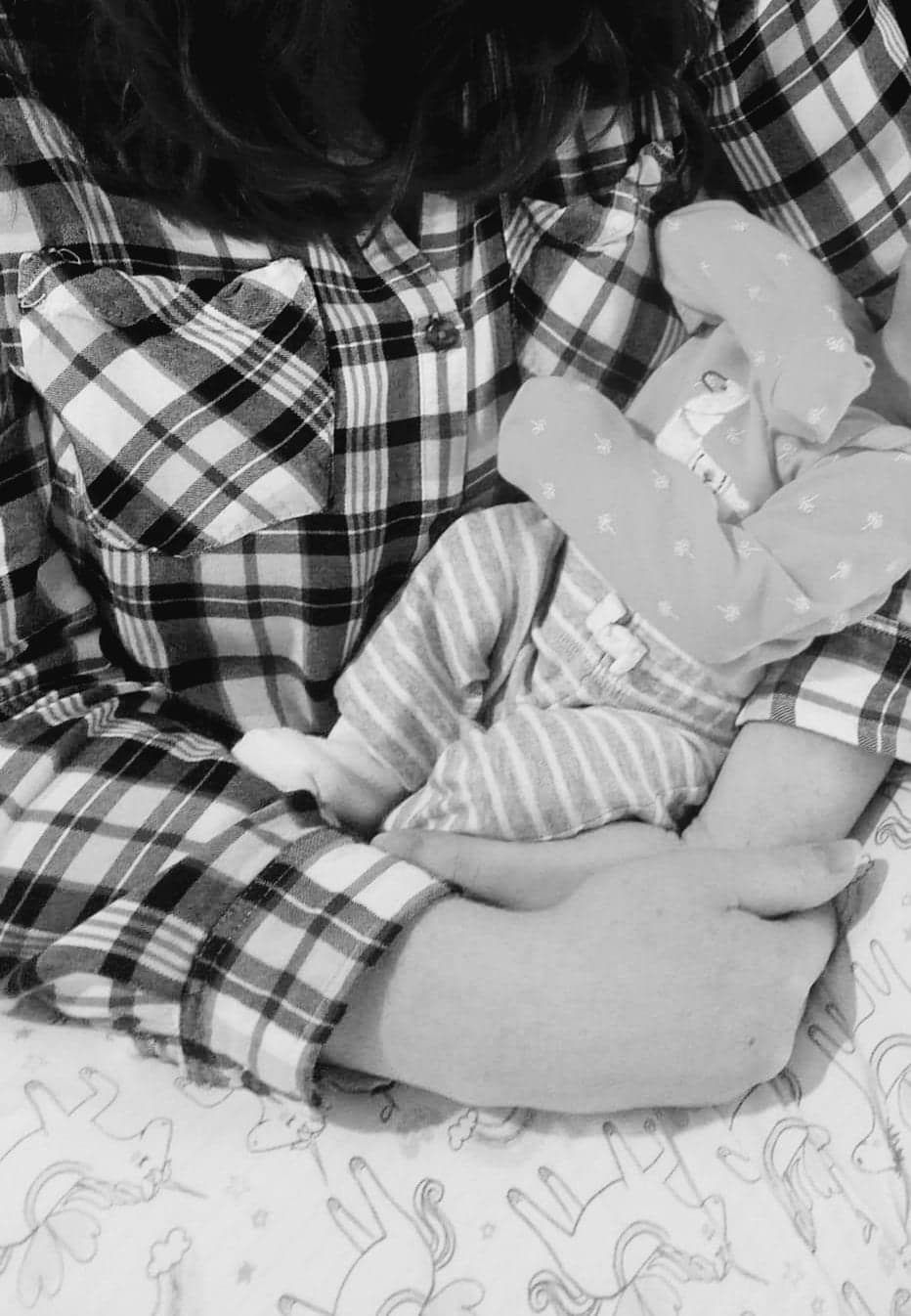 This post originally appeared at Her Strength & Dignity, published with permission.

Previous articleYou Can Still Love Jesus and Be a Work-in-Progress
Next articleThe Mirror May Show What I Look Like, but It Doesn’t Capture How I Love

Courtney Devich
I am a mom of two little ones (God blessed me with one of each) and a recent stay-at-home mom. I am originally from the beautiful state of Montana and moved to Michigan a few years ago (and yes, I miss the mountains!). I started my blog, Her Strength & Dignity, to provide inspiration and strength to mothers through their faith. I'm a lover of all things coffee and a good Target run. Follow along on Facebook and Instagram.