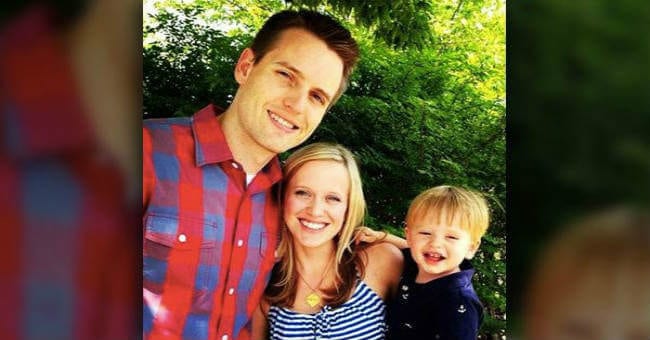 In May 2015, Charlotte, North Carolina parents Gentry and Hadley Eddings lived every parent’s worst nightmare when they were involved in a car wreck on the way home from an anniversary dinner. Their 2-year-old son, Dobbs was killed instantly. Hadley, then 8 months pregnant with another son, Reed, was rushed to the hospital and had to give birth to Reed early as a result of the crash. Baby Reed died in the hospital three days later. 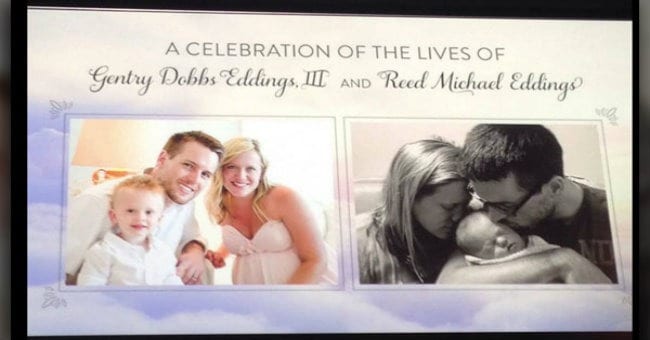 The driver had been texting and driving, and had drugs in his system at the time of the crash.

The Eddings, who are Christians (Gentry is a worship pastor at a Charlotte church) made a heart-wrenching statement of forgiveness to the driver in court when he was convicted of involuntary manslaughter.

“…we know it was not your intention for them to die,” said Gentry Eddings. “That’s important. Mistakes were made. I sincerely forgive you. Ultimately, we would pray we see you in heaven. We want you there. Our sons would want you there.”

WHEW! If that message of forgiveness from a terrible place of loss doesn’t make you tear up, THIS will. The Eddings just announced that, 18 months after losing both boys, Hadley is pregnant again, and her ultrasound revealed an AMAZING blessing: The Eddings are having identical TWINS.

I can’t stop posting about Gentry and Hadley Eddings. Sorry, not sorry. I don’t apologize. It’s too easy to be caught up in their joy. Also, Gentry told me CBS This Morning picked up our story (the one I’m attaching here from WBTV News last night at 11pm). He said they’ll be on Wednesday at 8am. Exciting! Their message hitting a national stage. More on wbtv.com >> http://tinyurl.com/HadleyPregnantWBTV

“Only God could give us these two new babies,” said Gentry, “and I’m grateful that He would do it in this amazing, mind-blowing fashion.”

“We’ve lost to little boys, so the fact that God would just restore…two children to us, was exciting,” added Hadley.

You can see the JOY on their faces in the video below, but their hearts will always long for their boys in heaven.

“I just miss being a mom,” Hadley said.

I am SO excited for this family!! Enjoy the video and their testimony of God’s “restoration into a place that’s been so rough.”