When My Husband Dropped a Truth Bomb On My Dad

I was born in San Diego, California to a young, military couple. I don’t know all the circumstances surrounding my parent’s relationship, but I do know my mom tried to make it work. Despite my father packing his backpack and being gone more than he was around, she tried. We followed him across the country, we took him back when he came shuffling back home with empty pockets, and she forgave the lies, though they were many.

Normal to me, at five years old, was a mom who served as both parents. To me, a father was a drifter who came around occasionally and made you laugh. But who also caused your mom to cry behind closed doors when he left again unexpectedly.

To me, a father signified instability, moving around and changing schools every six months, or someone who could shape really cool lines of white powder on a mirror with a razor blade. My first memories are either of fights over scorched dinner or driving cross country, and living in motels rather than a house.

Yesterday I purchased Father’s Day cards. I got one for my husband, one for my father-in-law, and then one for my dad. This morning I asked my husband if he wanted to sign the one for my dad, and he quickly obliged. When I read his words I realized I had never seen my story captured quite so clearly. He threw down the truth on my dad’s card.

Thank you for what you have been in my wife’s life. I know she is the woman she is today because of the wonderful example you provided. We love you very much.

The small paragraph he had placed upon the card of the man who had served as my father from age seven until now spoke volumes. His text encapsulated the hard facts of my childhood that God had turned around for good. This dad, this man who had chosen me and adopted me to be his own, this father had created in me a heart that could understand love the way the Lord intended it to be. Although my life had begun with an absent father, and it had progressed into a broken feeling of rejection from the man who had helped create me, my daddy had been able to restore the father/daughter relationship that I so desperately needed. 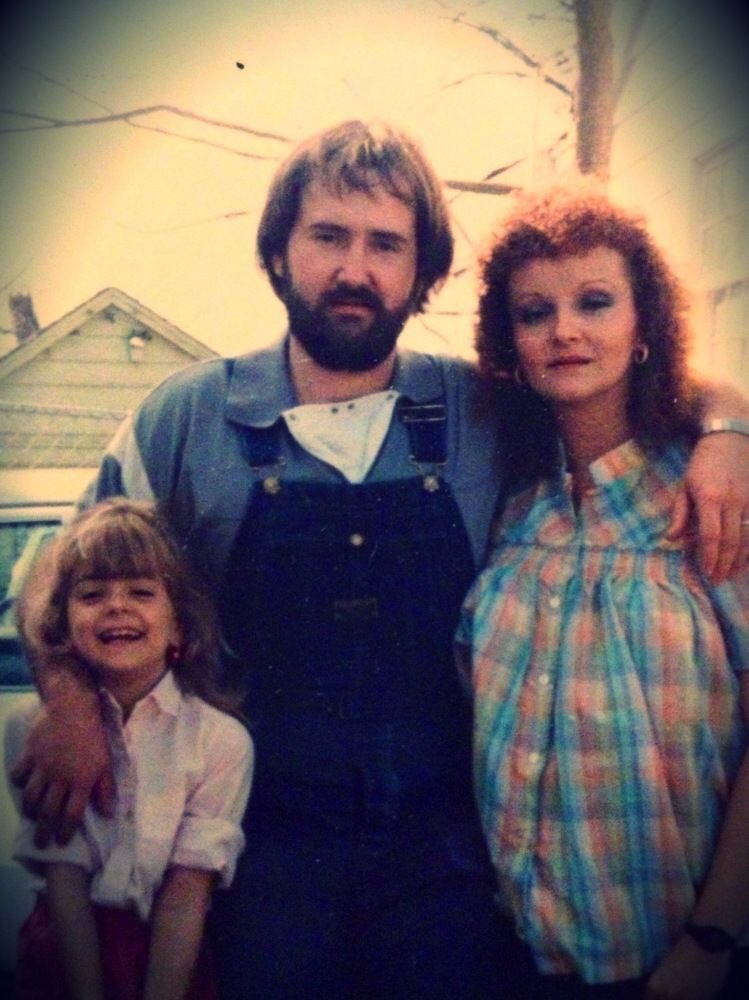 When my dad adopted me.

My husband, as a loving father himself, knew that daughters especially need that strong yet somehow gentle love that a father provides. He knew that my daddy had given me that, and I guess he thanked the good Lord for that grace and restoration as much as I did.

Your daughters and sons need you. Their hearts hold a place only your love can fill. Daughters need a good example of the kind of man they should choose to spend their life with, and sons need that example of the type of man they should be. But they also need you to represent a father here on earth so that they may better understand how much their Heavenly Father desires to hold, protect, and love them. Don’t underestimate the power you have in your child’s life. It’s never too late to step up, but I can promise regret for breaking your child’s heart is not something you want to carry.

Thank you to the men who remain present in your children’s lives, creating in them a heart that knows love in a beautiful and special way.

***
This article originally appeared at BrieGowen.com.
Previous articleThe One Postpartum Expectation That Changed Everything For This New Mom
Next article10-Year-Old Boy Invents Device To Save Babies Left In Hot Cars

Brie Gowenhttp://briegowen.com
Brie is a thirty-something (sliding ever closer to forty-something) wife and mother. When she’s not loving on her hubby, chasing after the toddler, or playing princess with her four year old she enjoys cooking, reading, and writing down her thoughts to share with others. Brie is also a huge lover of Jesus. She finds immense joy in the peace a relationship with her Savior provides, and she might just tell you about it sometime. She'd love for you to check out her blog at BrieGowen.com.

To Daughters Everywhere, From a Motherless Mom

10 Star Wars Quotes That Apply the Force to Your Motherhood