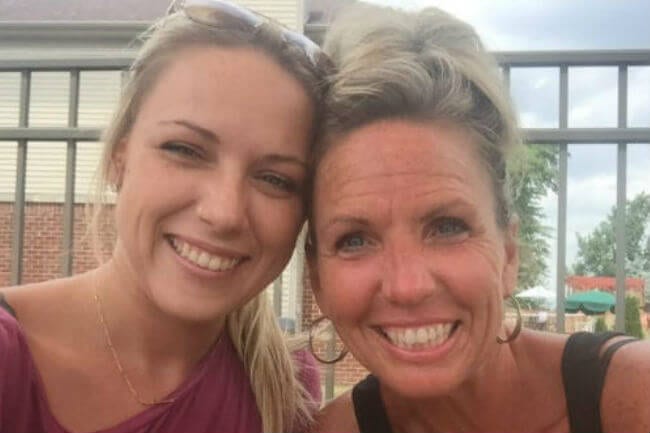 My Teenage Daughter, the Drug Addict: What I Want All Moms to Know

I was the PTO mom, the carpool mom, the Brownie leader. We ate family dinners at the table, taught our children manners and took family vacations. My husband and I were blessed to have very good jobs. My daughter, Brittany, the beautiful girl in the photo, was the honor roll student, the volunteer at the city parks and recreation department and loved playing sports.

THEN OUR ENTIRE LIVES CHANGED

Growing up, I had skewed images of what a heroin addict looked like. I envisioned them sitting in an ally, or a gangster or a criminal. The stereotypical hippie from the 60’s and 70’s that grew up in a bad home. I had preconceived notions that you had to stay away from them…that they were BAD PEOPLE.

NEVER ONCE DID I ENVISION MY DAUGHTER.

I am very ashamed of my thoughts now. I never really had a “real” exposure to addiction. What I saw was what was pictured in the movies, or on TV. We lived in the suburbs where “that just didn’t happen around here”.

BOY WAS I WRONG

Now, addiction has a multitude of faces. It’s the high school quarterback who became injured in a game, was prescribed Vicodin and became addicted.

It’s the mom down the street from you, driving her minivan to CVS to pick up more pills, even though she just finished a 30-day supply in 10 days.

It’s the babysitter who went to a party and didn’t drink, as mom and dad properly told her the dangers of it. So she took a few pills instead.

It’s the heroic marine who fought in the Gulf War, who is now fighting PTSD.

It’s the corporate executive who was prescribed Xanax for stress.

It’s the senior citizen who had hip surgery and within weeks, unknowingly was now dependent on prescription narcotics.

This is happening in our homes, our communities, our schools!! No one is immune. It affects all classes, races, ages and professions.

GET YOUR HEAD OUT OF THE SAND

If you feel like “it would never happen to you or anyone in your circle”, take a look around. It’s happening. You may not even know it. Most become isolated in fear and lost in their addiction, finding it hard to reach out.

ITS TIME TO SHOW SOME COMPASSION

Recently, as I was walking to my car, I noticed a homeless man hunched over. Instead of walking by him, I stopped and asked him if I could sit down next to him. We talked for a good hour. Turns out he was a marine, who was injured, became addicted to Vicodin and didn’t know how to stop, but wanted to so bad. Swore, he would NEVER do heroin…that’s what junkies do. But then his pills got too expensive and now his body was physically getting sick. He ended up turning to heroin, just to feel normal again. My heart broke for him. I gave him my card and said to call me if he was ever ready for help. He called 2 days later. He is currently at a 6-month treatment facility, fighting for recovery and has renewed hope in life.

As a community, it’s time to come together. These are not “junkies in the corner” …these are our friends, our neighbors, your grandfather, men who fought for our country.

THESE ARE OUR CHILDREN

Please, don’t’ make assumptions on people. The next time you are walking and see someone homeless, don’t walk past and avert your eyes. Stop and reach out your hand. It was my daughter sitting there once, lost in her addiction, ashamed and feeling hopeless.

YOU MAY JUST SAVE A LIFE

Katie Donovanhttp://www.amothersaddictionjourney.com/
Katie has spent over the last 20 years in the marketing, events and communications industry, working at companies such as CSR, Default Attorney Group and Chrysler. After experiencing the addiction journey, Katie left her marketing career, in order to focus on family recovery. She has now dedicated her life to guiding others through the overwhelming process of finding quality treatment for substance abuse, coaching families through their own recovery, and a consultant for the treatment industry. Katie is the Executive Vice President for FAN-Families Against Narcotics, on the Executive Committee board for Operation Rx, is a public speaker on addiction, and an advocate for treatment vs. incarceration. She has been with her husband John for 19 years, and they live in Macomb, MI with their 12 year old daughter Brooke and Labrador retriever, Biscuit.