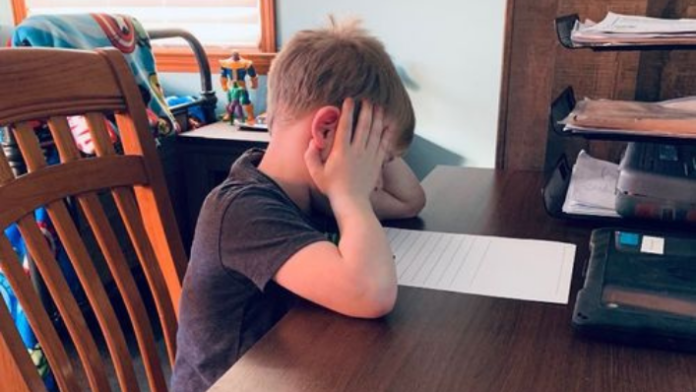 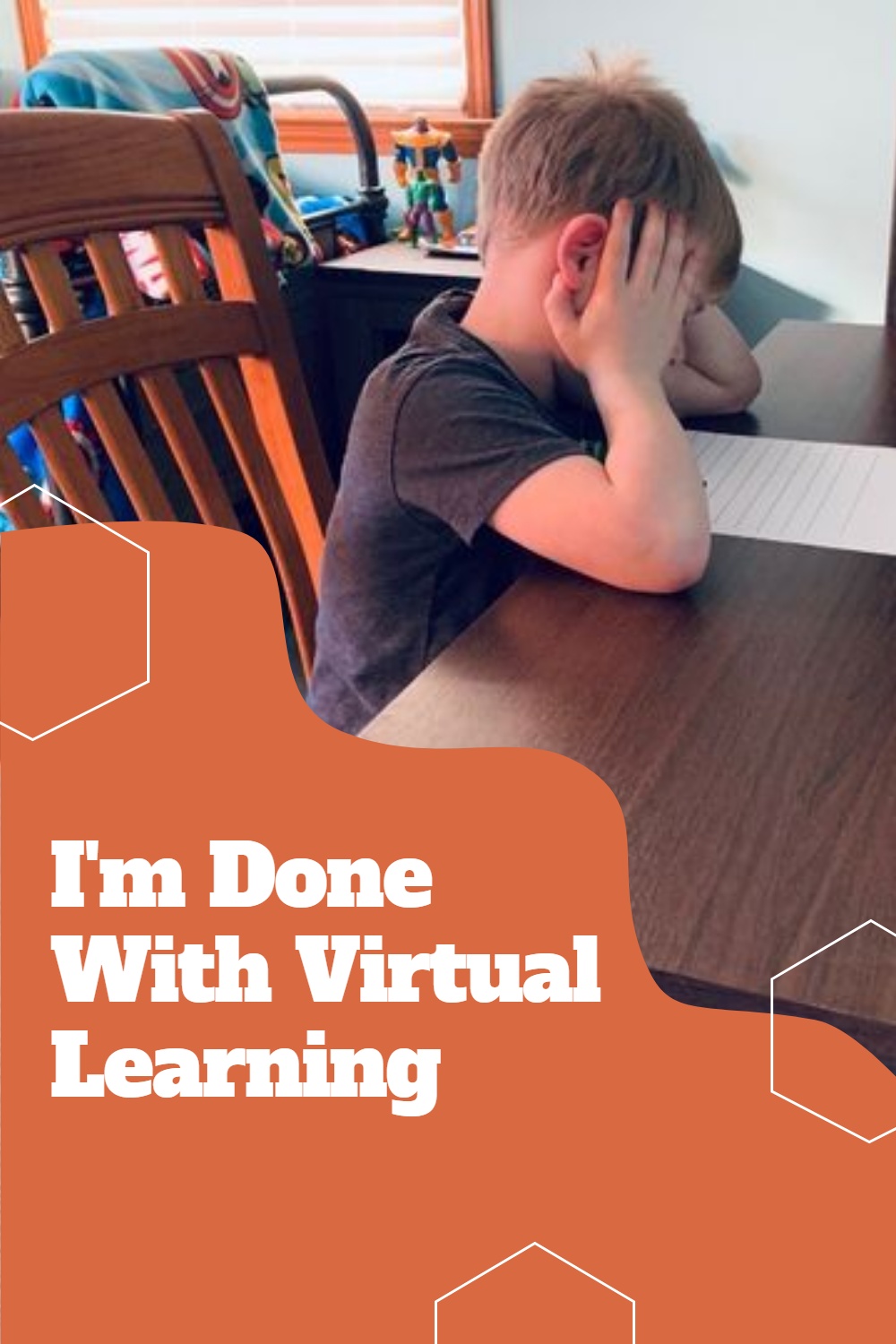 I’ve lost a year with my kids battling over school and I’m done.

My seven year old and I were in the midst of our usual asynchronous day battle. I had his writing homework in my hand from school. He’d written several full, well-thought-out sentences.

But he won’t do the same for me, at least not without a fight.

He said he’d get in trouble. He said he was doing a bad job in first grade. He was on the brink of tears but didn’t know why.

And it hit me.

Instead of getting frustrated and pushing the assignment, I sat down with him at his desk in his superhero bedroom.

I said “you won’t get in trouble and you can’t fail first grade. In fact, you’re kind of a superhero yourself.”

He sat up in his chair just a little and looked at me with disbelief.

A visible weight lifted from his seven year old shoulders, “What does that mean?”

I told him it means I haven’t given him nearly enough credit for rolling with the punches. I told him how proud I am of him and his friends. That kids this year are doing the impossible and they’re doing a really great job.

I apologized for not saying it sooner and more often. A little tear fell down his cheek.

We’ve thanked everyone from healthcare workers to grocery store employees but we haven’t thanked the kids enough for bearing the burden of what we’ve put on their shoulders this year.

We’ve said kids are resilient, and they are. But they are the real superheroes in this whole scenario for having ZERO say in their lives but doing their best to adjust every day.

We closed his school-issued laptop and spent the rest of the day playing. This was supposed to be temporary and here we are a year later still trying to hold our head above water.

This is our home and I won’t turn it into a battle ground anymore over something we can’t control. Something that no longer makes sense.

Hug your little superheroes today and don’t forget to cut them the slack we’ve given everyone else. 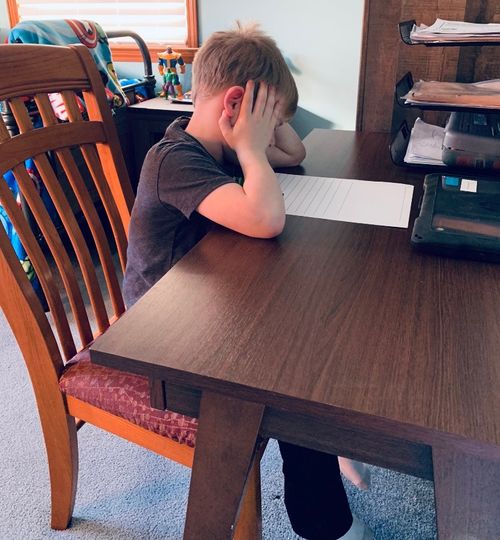 Previous articleWhen Your New Year’s Goals Didn’t Work Out
Next articleDear Husband: I Can’t Be the Person You Married

Christine Derengowski
A SAHM, Christine and her husband hope to instill their love of the outdoors in their two young sons by keeping busy outside. They can often be found walking their dogs, cheering on the Detroit Tigers, or enjoying play dates anywhere kids can expend large amounts of energy with minimal destruction of property. Christine is a contributor for the Mid-Michigan Mom’s Blog and has also been published on Motherly, Her View From Home, Scary Mommy and more.