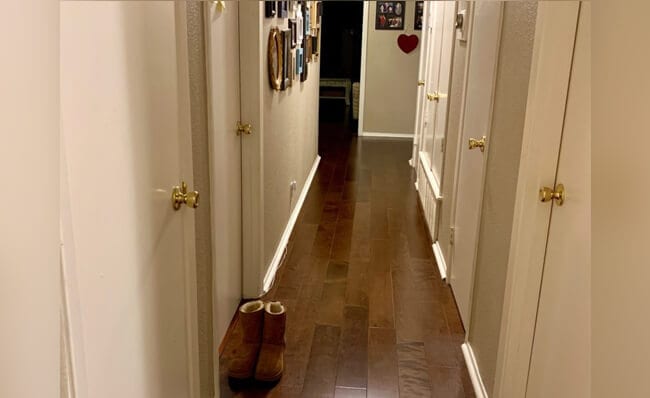 Husband Curses Wife’s Boots as He Trips Over Them—When He Realizes Where They’ve Been, He’s in Tears

I came across a pair of house-boots the other day. My wife’s in fact. They were worn but sturdy. They were familiar yet imposing. They instantly conjured up vivid images of my time in the military. Weathered and beaten jump-boots, rack-side by a sleeping marine. Sturdy, slip-proof, and steel-toed boondockers, bunk-side by a sleeping sailor. Or most vividly, the spit-shined and tightly laced, bloused and ready to roll, combat boots of a sentry without distraction. Here they were, right outside the door of our 1-year-old son. Brown, fuzzy on the inside, worn ragged but sturdy as fresh leather, covered in dog hair and the permanent crumbs of family life. Here they were, ready to roll. The door to my son’s room is, in fact, his mother’s post.

This is not the view I have always had of my wife’s house-boots. The bottoms of these boots are an impressive 1-inch-thick indestructible alien plastic, capable of untold damage to the male leg. I have the scars to prove it. On the couch when my wife falls asleep, her legs will migrate towards me and carry her sleep strength to my kneecap. Somehow it finds its way and just pushes. Standing anywhere in the house, my wife will come in for a hug and her boots will find whatever my most vulnerable toe is that day, and crush it. In bed, in the middle of the night (yes, she sleeps in her house boots,) her legs will decide to go for a long walk. In this instance it’s important to note that the edge of these boots is like a hockey skate. That edge will find my shin, just under my knee, and it will shave downward as if cutting government cheese. All this to say, that I love these boots, and the day I saw them stationed outside my son’s room, I had never respected them more.

I am a father of 4. Saying that fills me with true pride. 3 of those four children are from my first marriage. With my wife’s unwavering and sacrificial support, I have fought hard for my parental rights and time with those precious children. My wife has fought that fight with me. My wife and I fought long and hard to bring our son into this world. That itself was a true battle. My wife is a Certified Registered Nurse Anesthetist. She works in surgery and fights for the lives of her patients every day. As a stepmom, she fights every day to be the best influence and caregiver to her non-biological children. As a wife, she fights every day to have a marriage that transcends the status quo. My wife is a fighter and I have always known that, but as I stopped and looked at her boots stationed outside our son’s door, I realized she is more than a fighter, she is a sentry, a warrior mom. 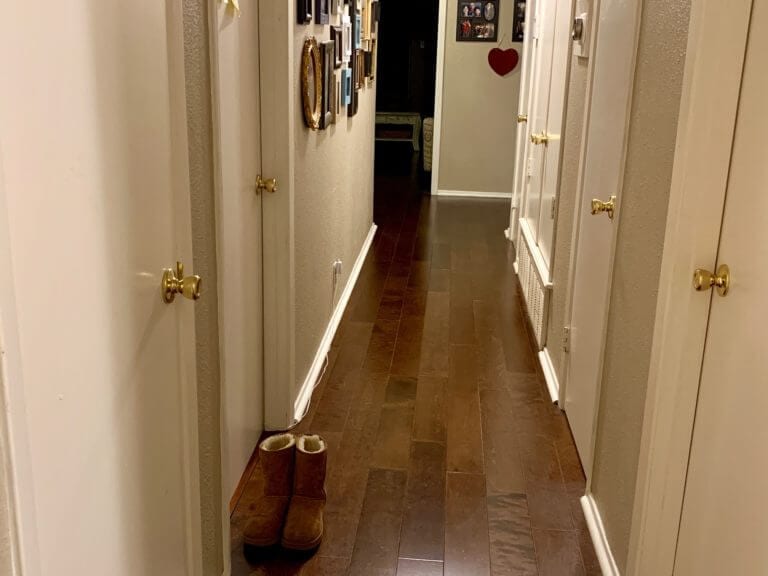 A sentry is defined as a guard or a soldier stationed in place to control access to a passage or entry. They are highly trained, highly skilled, and highly motivated. They resist distraction and are dedicated to their position in a life and death way. The day I noticed these boots just happened to be a day for the record books. If you’re a parent, you know what I mean. My 3 other children were with their mother and my wife and I and our 1-year-old son were off to mass, or church for you Protestants. As Catholics we attend services with our children, there is no drop off the kiddo, get coffee, find a padded seat, and relax. There’s nothing wrong with that, of course. I’m only stating it because our son is feverishly teething and finding his “voice” at the same time. What I am saying is that church was a drooling, food throwing, screaming, wriggling, running, jumping, screaming, screaming, some biting, screaming, and flailing extravaganza. We passed our son around like a hot potato, each of us trying desperately to get some religion. My wife, the warrior mom, was as rock solid as ever and together we made it. Oh yeah, church is during his nap-time.

In the car it continued as my son began to fall asleep. My wife was in the back seat trying to feed him, soothe him, comfort him, and love on him. Why? Because she is a warrior mom, the sentry to our young son. We exchanged looks in the rearview mirror. We were communicating like cave-people with expressions, with clicks, and with grunts. Through our non-verbal and Neanderthal communication, we decided to pull into a Philly Cheesesteak Place that we had never been to, have a #6 and a #15, and eat in the parking lot. We got that done and afterwards we did some grocery shopping. Same circumstances, but we were war-weary by now. I kept thinking the whole time how amazing a mom she is. She keeps us glued. Nothing gets close to my son without going through her. I feel safer when she is around. I feel like a better father when she is around. It made so much sense to me later when I came across her boots, stationed at our son’s door. She is the sentry to our son’s life.

As I thought more about this, I came to realize that I’ve seen these very boots stationed outside the bedroom doors of each of her stepchildren. I am emotional writing this. I have seen her boots stationed by our front door as well. I’ve seen these house boots outside of our dog’s room, the laundry room, the garage, the kitchen, the living room. Wiping my eyes now as I realize that the last time I cursed these boots was when I tripped over them as they sat next to our bed… on my side.

This piece originally appeared at Jeremyjlanning.com, published with permission.

Jeremy Lanninghttp://www.jeremyjlanning.com
Jeremy J. Lanning MA, LPC is a Licensed Professional Counselor and Psychotherapist in Fort Worth, Texas. He is married with 4 children ranging from 1 to 18 years of age and enjoys the blessings of a blended family. Jeremy served 8 years active duty in the U.S. Navy and Marine Corps as a Hospital Corpsman. Balancing his personal and professional life, Jeremy volunteers with the Red Cross and community organizations in the area of disaster mental health and he enjoys reading, writing, podcasting and the cinema.